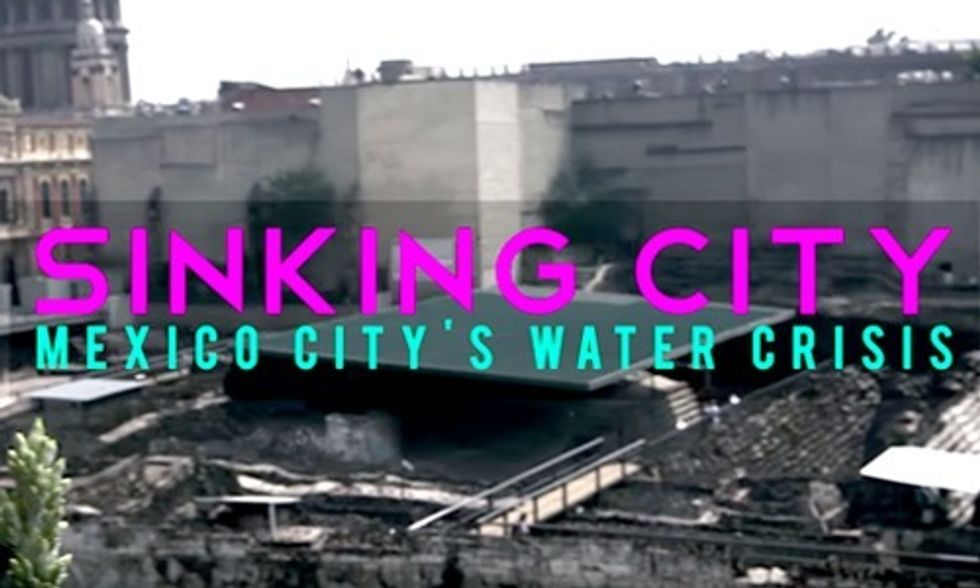 Mexico City is sinking. Home to 21 million people, who consume nearly 287 billion gallons of water each year, the city has sunk more than 32 feet in the last 60 years because 70 percent of the water people rely on is extracted from the aquifer below the city.

Many of Mexico City's buildings are seriously leaning because of the land subsidence. Photo credit: Julia's Mexico City

"There's no fixing it," journalist Andrea Noel told producer Alan Sanchez in the video below from Fusion. "Once land is subsided, it's subsided."

The water table is sinking at a rate of 1 meter (3.2 feet) per year. As the city population grows and water demand increases, the problem will only get worse.

"It needs to be stopped because it's too late to be remedied," Noel said. "The city needs to find a way to figure out their water problem. They really need to look into alternatives like collecting rainwater, which makes so much sense in a city like this, which gets so much rainfall every year."

It's not just Mexico City either. A recent NASA analysis found that 4 billion people—nearly two-thirds of the world population—are at risk as water tables drop all over the world.