Why Should Nuke Guarantees Cost Less than Student Loans? 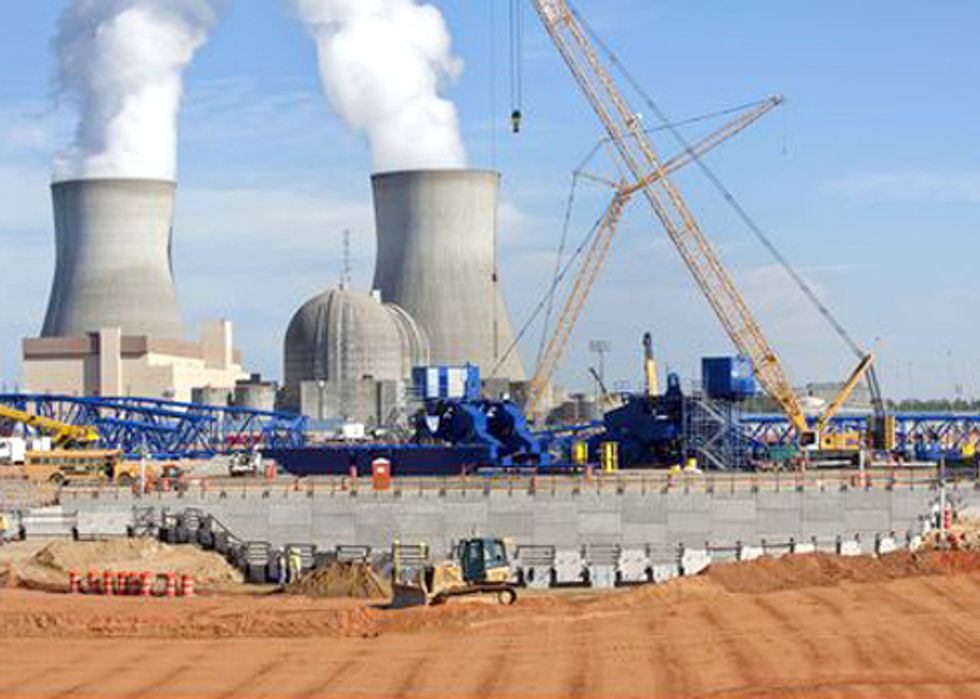 The Department of Energy (DOE) wants to give the Southern Company a nuclear power loan guarantee at better interest rates than you can get on a student loan. And unlike a home mortgage, there may be no down payment.

The terms DOE is offering the builders of the Vogtle atomic reactors have only become partially public through a Freedom of Information Act lawsuit filed by the Southern Alliance for Clean Energy (SACE).

We still may not know all the details.

SACE has challenged the $8.33 billion loan guarantee package announced by President Obama in 2010.

The documents show the DOE has intended to charge Southern a credit subsidy fee of 1 to 1.5 percent, far below the rates you would be required to pay for buying a house or financing an education.

On a package 15 times bigger than what the federal government gave the failed solar company Solyndra, Southern would be required to pay somewhere between $17 million and $52 million. Advocates argue the fee is so low that it fails to adequately take into account the financial risks of the project. Numerous financial experts have estimated the likely fail rate for new nuclear construction to be at 50 percent or greater.

Furthermore, since a primary lender would be the Federal Financing Bank, the taxpayer is directly on the hook. Guaranteed borrowings are not supposed to exceed 70 percent of the project's projected costs, but it's unclear what those costs will actually turn out to be, as the public has been given no firm price tag on the project.

There is apparently no cash down payment being required of Southern as it seems the loan is designed to be secured with the value of the reactors themselves, whatever that turns out to be. In the unlikely event they are finished, liability from any catastrophe will revert to the public once a small private fund is exhausted.

Southern wanted the terms of the DOE offer kept secret, and we still don't know everything about it. But in March, a federal circuit court judge ordered that the public had a right to know at least some of the details.

Construction at the Vogtle site has already brought on delays focused on the use of sub-standard concrete and rebar steel. The projected price tag—whatever it may be—has risen as much as $900 million in less than a year.

Southern and its Vogtle partners are in dispute with Westinghouse and the Shaw Company, two of the reactors' primary contractors. Georgia ratepayers have already been stuck with $1.4 billion in advance payments being charged to their electric bills. Far more overruns are on their way.

The Vogtle project is running somewhat parallel with two reactors being built at V.C. Summer in South Carolina, where $1.4 billion was already spent by the end of 2011. Delays are mounting and cost overruns are also apparently in the hundreds of millions.

Southern and Summer's builders both claim they can finance these projects without federal guarantees. But exactly how they would do that remains unclear.

Two older reactors now licensed at the Vogtle site were originally promised to cost $150 million each, but came in at $8.9 billion for the pair. The project's environmental permits are being challenged in court over claims the Nuclear Regulatory Commission failed to account for safety lessons from the Fukushima disaster.

The terms of the guarantees are now apparently being scrutinized by the Office of Management & Budget, which reports to a White House that may be gun-shy over new construction guarantees due to bad publicity from the Solyndra fiasco.

Numerous petitions are circulating in opposition to this package.

You might ask: why should the builders of nuclear power reactors get better terms than students struggling to pay for college or working families trying to buy a home?

At least the home buyers can get private liability insurance, which the nuke builders can't.

If mounting grassroots opposition can stop this package, it's possible no new reactors will ever be built in the U.S.

So send the OMB and DOE a copy of your mortgage or student loan statement.

Demand that before they finance any more nukes, they drop your own payment to 1 percent, just like they're offering the reactor pushers. Also demand the right to buy a home without a down payment.

See how far you get, and then make sure Vogtle goes no farther.