Why Shade Grown Coffee Is Better 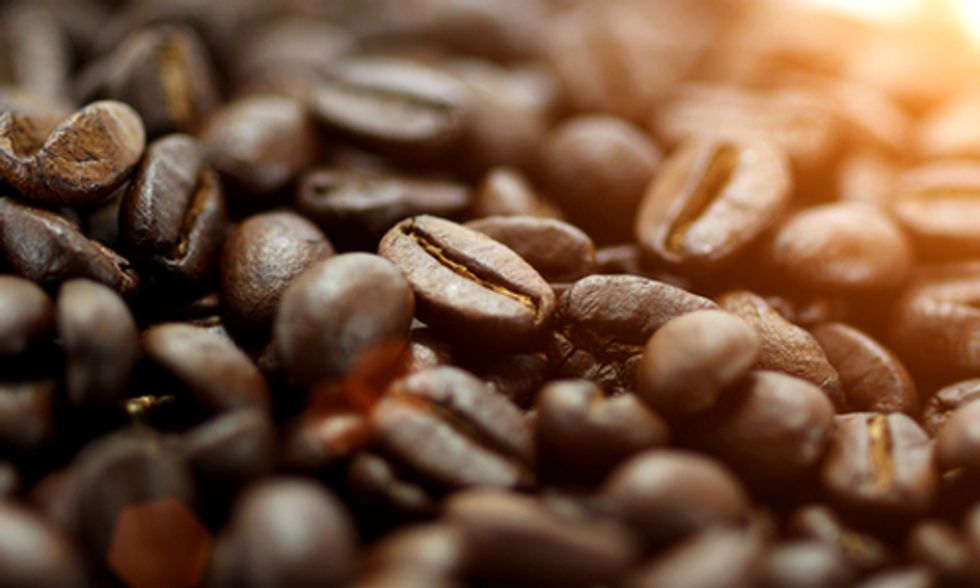 I’m a caffeine addict. The cup of joe I have—must have—within 30 minutes of waking up is non-negotiable. I’ve accepted this vice, but at least I can get my fix with countless varieties of socially and ecologically acceptable coffees, all available at my local market. Fair-trade? Organic? Shade-grown? Fair-trade and organic and shade-grown? Yes, please.

Look for coffee that is fair trade, shade grown and organic to ensure sustainable consuming.
Photo courtesy of Shutterstock

So I was surprised to learn that less and less of the world’s coffee supply is from beans grown in the shade, the cultivation method that doesn’t require synthetic chemicals and better supports forest ecosystems. Despite the beans’ considerable presence on store shelves, a recent study found that the amount of land around the world farmed for shade grown coffee, relative to coffee cultivation as a whole, has fallen nearly 20 percent since 1996.

Shade-grown coffee is not some marketing gimmick dreamed up for Starbuck’s-sipping telecommuters. Coffee berries originated in Ethiopia’s forested mountains, and until scientists invented sun-loving varieties in the 1970s, almost all coffee farmers, from Kenya to Costa Rica, grew their beans under shady green canopies.

But now, according to lead author Jalene Sha, a biology professor at the University of Texas-Austin, shade-grown accounts for less than two percent of the global coffee market. So a whopping 98 percent of the world’s coffee comes from farmers growing berries under a hot tropical sun—from plants that need lots of synthetic fertilizers and pesticides to thrive. And those types of sunny coffee plantations are still on the rise.

Three-quarters of the beans from Vietnam, which has rapidly become the world’s second largest coffee producer, are from plantations that use “intensified management” to grow coffee plants without shade. Between 1990 and 2010, bean production in the country rose 1,102 percent, with the amount of land given over to coffee increasing more than seven-fold.

Meanwhile, shade-growers in traditional coffee producing regions such as Africa and South America are abandoning the crop altogether, mostly due to volatile price swings for beans. Lower yields make cultivating shade-grown coffee a more expensive endeavor, and influxes of the high-yield, sun-grown beans cause market prices to drop.

An OPEC-like cartel called the International Coffee Organization once had target prices and quotas for coffee-producing countries that helped stabilize the boom-bust cycle that’s typical of commodities. But the so-called “International Coffee Agreement” broke down in 1989. Since then, coffee farmers on small plantations—who usually make between $350 to $600 dollars per year—have been more vulnerable to the extreme price fluctuations.

This isn’t just a bad situation for farmers but for forests and wildlife as well. With their coffee bushes nestled among the trees, traditional shaded coffee farms are almost indistinguishable from the surrounding rainforest.

“The birds, bees and butterflies love it because there’s tons of fruits and flowers and insects above the coffee plants,” says Sha. A sun coffee farm? Well, that looks like a cornfield in Iowa.

When farmers clear the forests to grow more coffee plants, they sacrifice all the associated boons like natural pest control, pollinators and soil preservation. And if that’s not enough, experts (and aspiring coffee connoisseurs like myself) point out that the quality of the coffee suffers, too. Life in the sun brings a more bitter brew.

So how can coffee lovers make sure their morning buzz helps to conserve forests and support small farmers? Every researcher I spoke to mentioned the Smithsonian Migratory Bird Center “bird-friendly” label as being the holy grail of sustainable shade-coffee certifications.

And the study authors, who conducted their research in 19 countries on four continents, rave about the coffee they drank in the Chiapas region of southern Mexico. This is home to the world’s oldest organic (and shade-grown) coffee farm, Finca Irlanda and a stopovers site for more than 150 species of migratory birds. And let’s face it: birdsong is actually the best part of waking up.