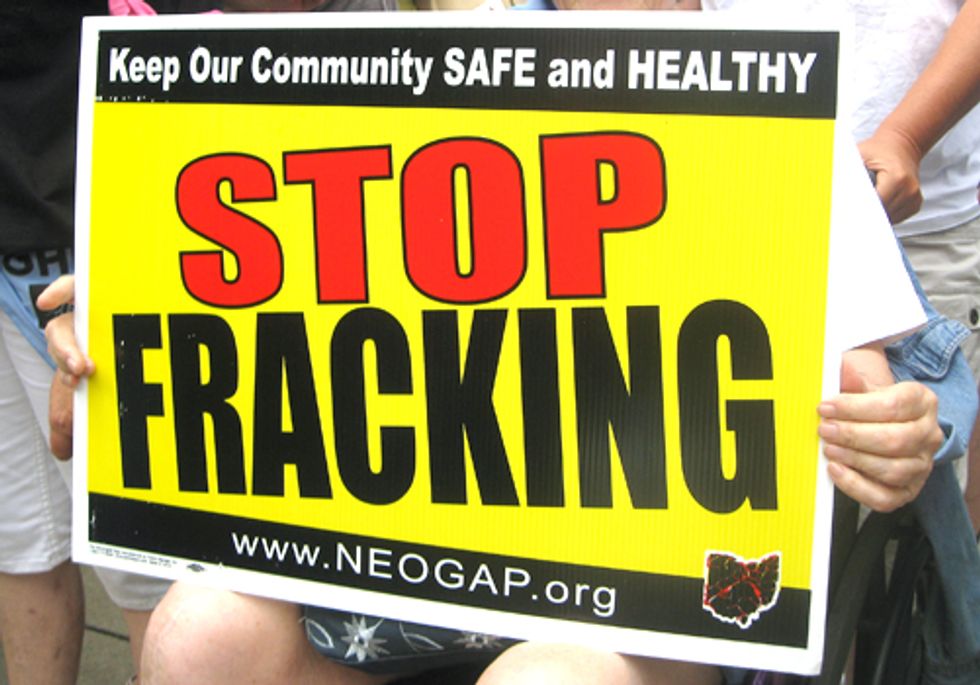 [Editor's note: The following letter to New York's Gov. Andrew Cuomo was written by an Ohio resident who understands the impacts fracking in New York will have on Ohio. You can also express your concern to Gov. Cuomo regarding fracking in New York.]

I don't live in New York. But your decision to move forward with the extreme method of extraction known as fracking stands to have direct, irreversible impacts in my state and the community where I currently live—impacts from risks that you yourself have been unwilling to assume in New York, but apparently have no problem outsourcing to Ohio.

The plan I recently discovered in the works for Ohio, even before you officially lifted your ban, sent me reeling.

The plan is to ship this waste to my state (I still have a hard time categorizing previously drinkable water as “waste,” especially in the drought we are experiencing), and haul it (diesel fuel, radiation, hazardous waste components and all) through my drinking water via barge because the trucks the drilling industry has relied upon to haul it up to this point can't deliver it fast enough to suit them. The plan is to barge it to Ohio and then run trucks at industry's convenience through our communities for permanent disposal in landfills and class II injection wells that don't even exist yet.

Two out-of-state companies from Texas and Pennsylvania are moving forward with these plans. One is already operating without even the formality of permits, regulation or enforcement.

If you hear the rumor that Ohio has the best regulations in the nation and are tempted to feel comforted that we will be kept safe from the risks you are unwilling to accept for your own people because of professed strength of our regulatory system, please know that the perspective being propagated is by the drilling industry, and not indicative of what citizens are experiencing on the receiving end.

Even though Ohio has nearly 200 active class II injection wells (how many has New York agreed to accept?), we are being inundated with waste from PA, WV and TX, to the extent that existing wells are leased to and I believe have exceeded capacity. We have received volumes of out-of-state waste sufficient to induce earthquakes in several areas of Ohio.

How many earthquakes have New Yorkers had to wake up to at the hands of this hit-and-run, out-of-state industry?

No homeowner's insurance in Ohio will cover man-made or induced earthquakes. How does that work in New York?

Why the rush? Pressure to accommodate more fracking waste that all of the states surrounding us are generating and refusing to provide permanent storage for themselves, at the expense of our public health and safety.

I have always held to what I call the “backyard test.” That is, if you generate or create something too toxic or abhorrent to allow in your own backyard, then you need to reconsider. You have no business putting it in someone else's.

To do otherwise is an injustice. It is a violation of our most basic human and civil rights.

If the strength of the testimony I have read that other citizens have sent to you to warn you of the conditions created in their own communities where fracking has already been committed; if the strength of this letter and others from Ohio based on our concerns about the massive amounts of waste you would outsource to us, are not sufficient to change your mind about allowing out-of-state drilling companies to frack New York, then as an Ohioan I am demanding that you find a way to deal with your own waste.  Don’t haul it through my drinking water to further poison, sicken, and destabilize communities, farmland, friends, and families here in Ohio.

This is not commerce, it’s a crime.