Why Obama ‘Absolutely' Wants to Go Off on Climate Deniers 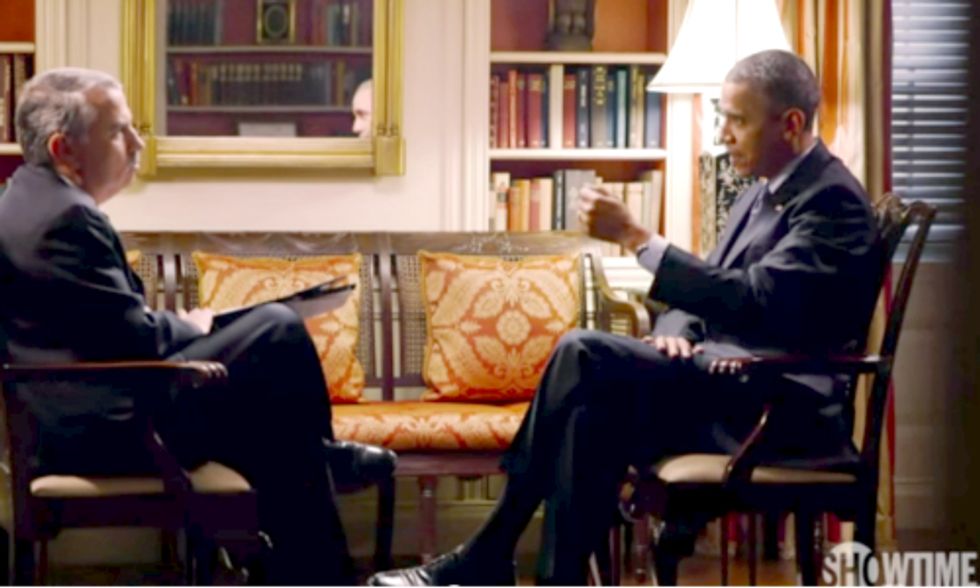 You're not the only one who gets frustrated when John Boehner, Marco Rubio and others in Congress turn a blind eye to devastating, scientific evidence regarding climate change.

In an interview with Thomas L. Friedman scheduled to air tonight as part of the final episode of Years of Living Dangerously, President Barack Obama revealed that he's really no different than many of us when it comes to climate deniers.

Does he ever just want to "go off" on those who ignore extreme weather, rainforests getting steadily less green and more, Friedman, an author and New York Times columnist, asked. Does he ever feel like asking, "What is wrong with you people?"

"Absolutely," Obama said with a smile. "Look, it's frustrating when the science is right in front of us."

The president went on to challenge the leadership of deniers because they overlook reality.

The full interview will include Obama's views on why we "won't be able to burn it all" when it comes to fossil fuels and what we can learn about climate change from incidents in Syria.

Friedman visited with Obama weeks ago, before the U.S. Environmental Protection Agency rolled out his proposal to decrease carbon emissions by 30 percent by 2030, compared to 2005 levels.