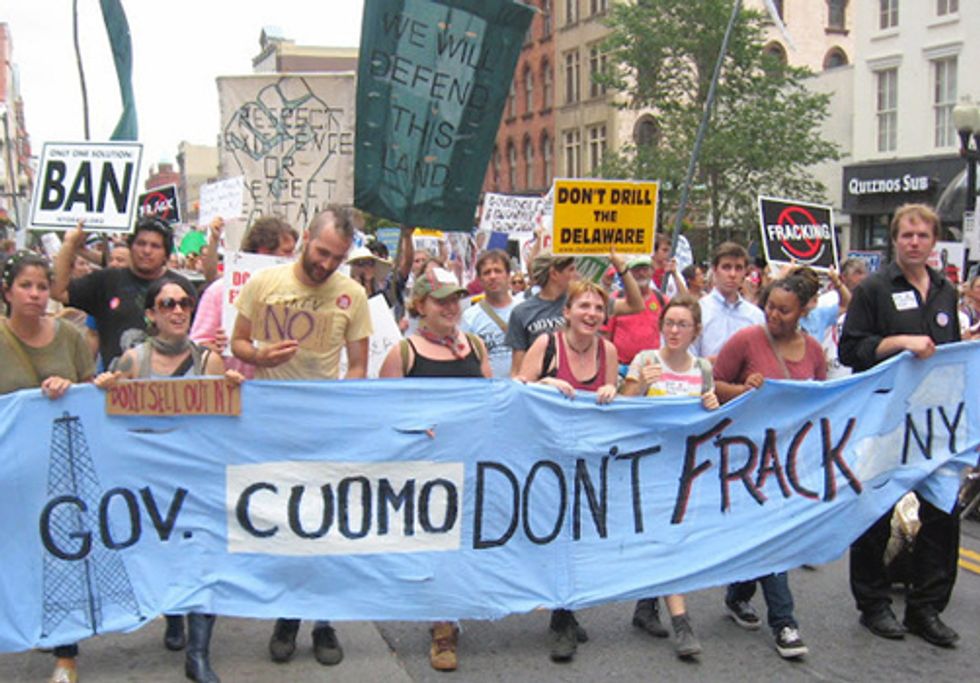 Nearly 300,000 comments have been submitted on fracking by increasingly concerned New Yorkers.

In October 2011 Governor Andrew M. Cuomo frankly admitted that he had yet to earn his constituents’ trust on fracking.

Why is there still no trust for Cuomo, sixteen months later, on the verge of his big decision whether to give fracking the go-ahead?

Why no trust for Cuomo on Fracking? In part, it’s because his regulatory review process has been “an abomination" (as one respected Albany columnist put it last month) in which the public has been “deceived, misdirected and kept utterly in the dark” by state officials. What else can you say when officials rush to publish regulations without first completing legally-mandated health and environmental reviews? And while virtually ignoring fracking’s documented risks to tourism, agriculture and community character?

As for the public’s role in the process: well, when asked whether New Yorkers would have the right to comment on the state’s still-unfinished health review on fracking, the state’s environmental commissioner responded by saying there “may be no need” for public comment on the health review, even as he acknowledged that it is “critical” to the state’s decision-making process. If it’s that important, the public has a right to see it and comment on it, before any decisions are made.

Even worse, this rulemaking process “from hell” is unfolding as new facts keep coming to light about the ways in which fracking damages our air and water and puts public health at risk.  Christopher Portier, director of the federal Center for Environmental Health, recently warned that we don't understand fracking's impact on human health, adding that fracking has been “a disaster” in a number of communities. Recent federal findings show that fracking releases so much methane into the atmosphere it may actually cause more climate disruption than coal or oil.

Is it any wonder that the Governor hasn’t earned the public’s trust on fracking, when his administrative process continues to disenfranchise New Yorkers at the very same time new evidence emerges to show that fracking poses serious and unresolved risks to our health, environment and community character?

New York’s decision on fracking could bring irreversible changes to a huge section of the state, forever altering our way of life, and forever polluting our environment. It’s a decision that should only be made after the most careful and open of reviews—exactly what Cuomo promised, but not what he has delivered.

Governor Cuomo must stand up as a national leader on the environment and climate change by hitting the reset button on fracking. Otherwise, people might just conclude that the process was “rigged” from the start.