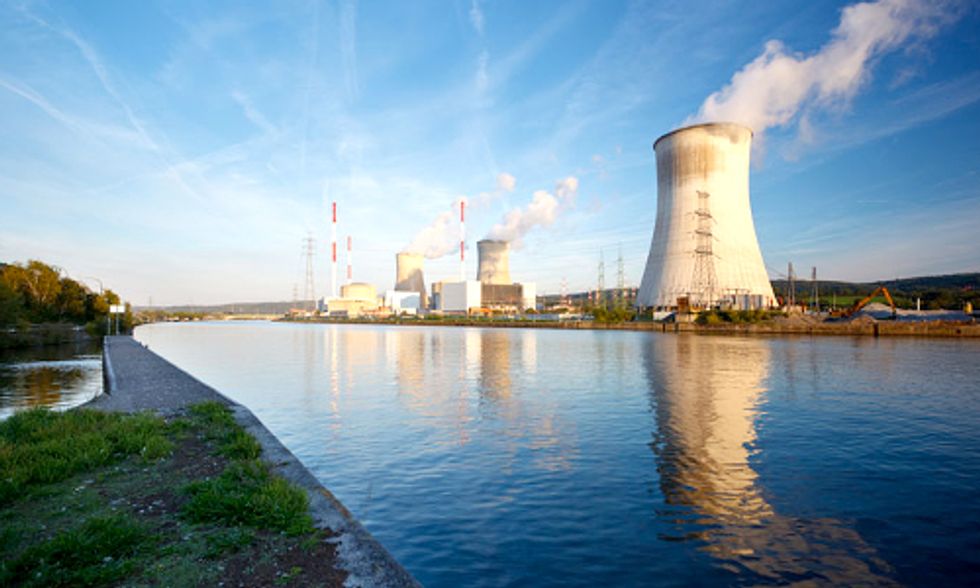 The U.S. Environmental Protection Agency made measures to protect fish and other aquatic animals from power plant cooling systems, but what about the water released by those facilities?

The EPA issued standards that require plants to decrease the number of fish killed in their cooling systems, which rely on nearby bodies of water to cool their turbines. The EPA is charging companies with the task of killing fewer animals, but the they won't be held accountable for the amount of water they release as part of their cooling processes.

To environmental groups, that missing piece from the new rule amounts to nothing more than a passing of the buck to the state agencies.

“The EPA had ample opportunity over the past 40 years to set reasonable rules that would protect the environment with readily-available and affordable technology, but has instead abdicated the responsibility to state agencies that are simply not equipped to make these decisions alone,” Reed Super, an attorney representing Waterkeeper Alliance, said in a statement also written on behalf of the Sierra Club and Natural Resources Defense Council.

“Unfortunately, EPA’s rule will perpetuate the unacceptable status quo that has allowed antiquated plants to withdraw nearly 100 trillion gallons of fresh and sea water each year and indiscriminately kill fish and wildlife instead of recycling their cooling water or use dry cooling technology, as modern plants have done for the past three decades.

"We are beyond disappointed with this new rule.”

Super told the Wall Street Journal that the groups could push the EPA for stronger rules.

Under the Clean Water Act, states can now decide on a case-by-case basis whether plants have to install new technologies to protect marine life or if they can use traveling barriers or other less-expensive means to protect the animals. The rules cover about 550 plants that withdraw more than 2 million gallons of water per day, using one-quarter of that amount to cool their buildings.

According to Waterkeeper, power plants are the largest water users in the nation. They account for nearly half of all freshwater and seawater withdrawals, totaling more than agriculture and household usage combined. The cooling systems, especially those for older plants, kill more than 2.1 billion fish, larvae and crustaceans per year, including some endangered species.

"The new rules are very weak and do little to protect America's fisheries from the enormous impacts from power plants," said Steve Fleischli, water director of the NRDC.