Why Is Climate Denier David Koch on Board of Nation's Leading Natural History Museums? 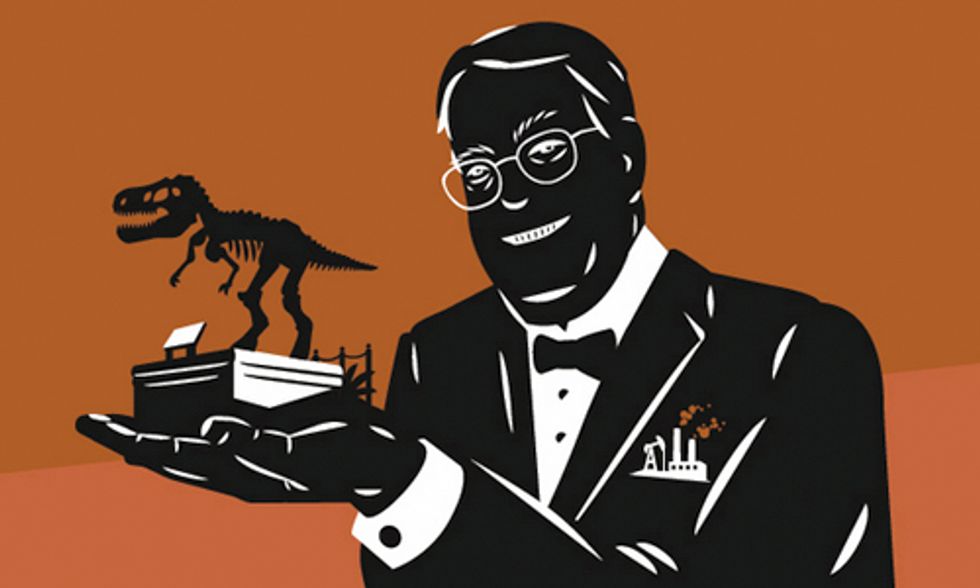 The nation's top museums are under pressure to cut ties with billionaire funders who profit from wrecking the planet, most notably the Koch brothers. In an open letter, a group of renowned scientists called on science and natural history museums to stop accepting donations from fossil fuel corporations and individual donors like the Koch brothers, who have extensive industry holdings and have funded climate denial, according to Democracy Now!

The letter was the brainchild of the new Natural History Museum, a New York-based organization that provides online and mobile programming, and exhibits intended to “affirm the truth of science” and call attention to the “political/funding climate” in the science museum community.

Beka Economopoulos, co-founder and director of the Natural History Museum, who coordinated the letter to 330 science and natural history museums, and James Powell, one of the scientists who signed the letter, joined Amy Goodman on the show this morning to discuss the letter.

Moving Beyond Oil and Keeping Shell Out of the Arctic