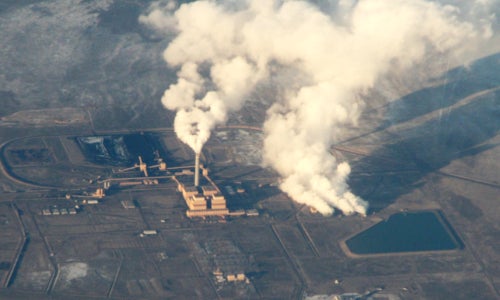 This entry is the first of a two-part follow up to the blog Long wrote last fall. This first entry focuses on the national story, the next entry will focus on coal in the west.

Across the U.S., economics are increasingly favoring investment in renewable energy at the expense of dirty coal energy. As the price of solar dips below coal and even natural gas in some instances, the domestic demand for coal wanes and a growing number of companies are eager to get out of their investments in aging coal plants that cost more than they’re worth to upgrade and, in a growing number of instances, just to keep running.

As the nation’s coal power plants age, they become more expensive to maintain. The costs associated with making long-term investments in an aging coal plant, including replacing breaking parts and upgrades like scrubbers and other pollution controls, often exceeds the economic viability of coal in the long-term. 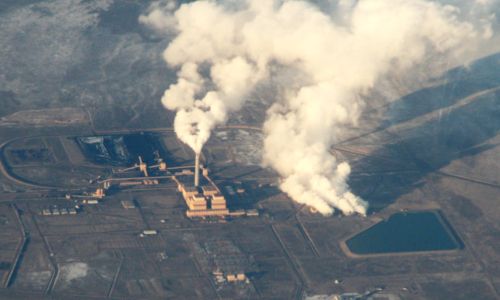 The Intermountain Power Project north of Delta, UT was created in 1976. From Illinois to Oregon, as coal plants age, they become all the more expensive to maintain. Photo credit: Doc Searls/Flickr Creative Commons

Electricity customers bear the burden of long-term gambles made by utilities that coal will remain a viable energy investment. When deciding whether it makes economic sense to upgrade coal plants or retire them, utility regulatory boards are weighing utilities’ bids to pass these growing costs on to customers.

Even though companies are paying to have others take over their coal plant portfolios and utility boards are examining what costs should be borne by electricity customers, the public may still be on the hook for long-term investments in the fossil fuel. As a report by Chicago Business Travel Association made clear, the coal industry actually cost Illinois taxpayers $19.8 million in 2011 when revenues, subsidies and the expenses of regulation were netted out. And that cost doesn’t include the environmental and public health costs from related air and water pollution and climate change that are borne by the public.

Internationally, financial support for new coal-fired plants is quickly fading. Last June, the U.S. Export-Import Bank, the World Bank and the European Investment Bank –lending organizations that had formerly invested billions of dollars into coal plants around the world—pulled out of financing overseas coal plants except in special circumstances.

Coal’s share of America’s energy market is also way down from just a few years ago. Investors already expected another bleak year for the U.S. coal industry—but 2014 may be the record-setting worst year for coal producers, according to a new report by ICF International.

Looking ahead, nearly a quarter of the nation’s coal fleet could be retired by end of the decade. Of 536 coal-fired plants in U.S., 84 have already announced retirement and Bloomberg New Energy Finance estimates that 146 units more may retire by 2020. Coal’s contribution to the U.S. energy supply also is falling. Coal accounted for 39 percent of total U.S. electricity generation last year, down from about 50 percent from 2003-2008 and a rebound from a record low 37 percent in 2012.

The natural gas boom has certainly played a big role in coal’s shrinking market share, but the lower cost of clean energy is also a growing trend. In fact, solar energy is making headlines for its record-low prices, including in Texas. Austin Energy (a city-owned utility) is about to sign a 25-year power purchase agreement with Sun Edison for 150 megawatts of solar power at “just below” 5 cents per kilowatt-hour (kWh). In comparison, the municipal utility estimates that natural gas would cost 7 cents per kWh and coal would cost 10 cents per kWh—meaning solar is the most affordable source of energy available for the utility, in addition to being the cleanest option. And the utility can lock in that price for 25 years through this contract, a winning proposition given the volatility predicted on the horizon for the other energy options.