Why Hydropower Is Not 'Cheap' or 'Clean' 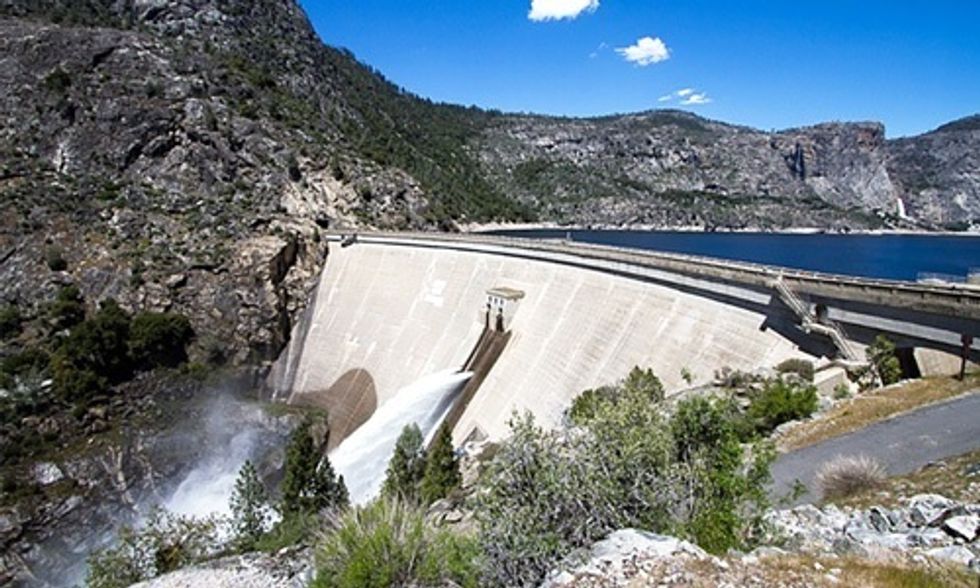 The California think-tank Pacific Institute released a report—Impacts of California's Drought: Hydroelectric Generation 2015 Update—earlier this month that contains significant false and misleading information that could negatively impact California rivers and delay the transition away from dirty energy.

First, the report and the news stories surrounding it repeatedly say that hydroelectric power is “less expensive" in California than competing sources. This statement gives credence to the anti-environmental mindset of discounting the negative impacts that dams and reservoirs have on free-flowing rivers, and disregards the externalized costs to the environment. In fact, the report omits the devastating impacts hydropower has on fish, wildlife, wetlands and countless other species that depend on healthy flowing rivers for survival. If the report would have included an “environmental full-cost accounting," the cost of hydropower for California consumers would have been shown to be huge.

Second, the report pushes the anti-science myth that hydropower is “clean energy," when nothing is further from the truth. Hydropower dams and reservoirs emit methane, a greenhouse gas that is 20 times more potent than carbon dioxide. These emissions are caused by the decomposition of organic vegetation flowing into the water as the reservoir levels fluctuate, and as rivers and floodplains are flooded each year. Methane bubbles up from the surface of the reservoirs and methane is jetted out the turbines below the dam. In fact, in tropical environments, hydropower can emit as much or even more greenhouse gases than coal-fired power plants. Unfortunately, the state of California does not measure the methane emissions from hydropower dams and reservoirs even though the science proving its impact is 25 years old.

Third, the report ignores positive impacts on water and electric use in California due to the drought. For example, the Metropolitan Water District of Southern California spent $450 million “buying lawns" in its service area and replacing them with drought tolerant landscapes. This transformation of the landscape from water guzzling to water conserving has significant impacts that lowers water and energy bills for consumers. Similarly, because of the ongoing drought, in Los Angeles, Orange and San Diego counties, stormwater and wastewater recycling programs have been launched, which could save large amounts of water, energy and money as compared to other types of new water supplies.

Finally, the report says hydropower is “less polluting" and the media surrounding the report has been saying that hydropower is "clean as a whistle"—all of which greenwashes the industry's reckless history of environmental and cultural destruction in the U.S. and across the rest of the globe. Hydropower causes massive impacts to indigenous peoples, forests and biological diversity, and increases the spread of disease (even the Zika virus), all of which is escalating exponentially worldwide.

Thousands of new hydroelectric dams are being proposed in South America, Eastern Europe, Asia and Africa. Hundreds of dams are under construction, most of which are extremely controversial, surrounded by large-scale protests and supported by government subsidies.

The rivers of the world are facing major threats from hydroelectric dams that displaces people, destroys forests and increases climate change emissions. In Latin America, Indonesia, China, Vietnam and across the developing world, people and activists who are fighting to stop these dams are being assaulted, imprisoned and sometimes murdered.

Rivers are the living, breathing blood veins of the planet. Hydroelectric dams kill rivers. Nothing about that is clean and cheap.