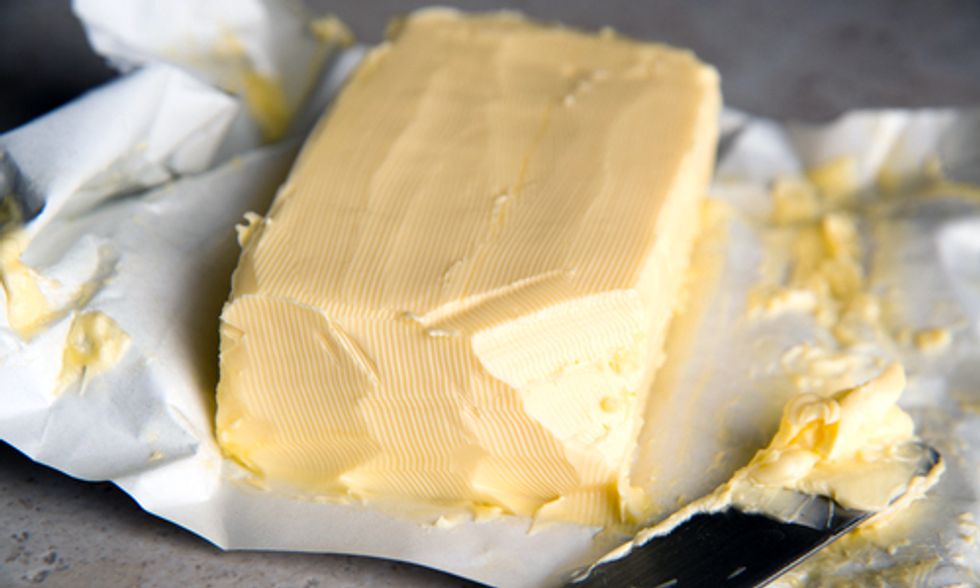 Butter is one of the healthiest fats on the planet.

It's not just a big pile of yellow-colored fat, there are many important nutrients in there, some of which have potent biological effects.

Despite having been demonized in the past, real grass-fed butter is one of the healthiest fats on the planet. Period.Photo credit: Shutterstock

However, this does depend on the type of butter, and the amounts of these nutrients vary greatly depending on what the cows ate.

Butterfat is highly complex. It contains about 400 different fatty acids, and a decent amount of fat-soluble vitamins (1).

Fatty acids are actually more than just energy sources, some of them have potent biological activity.

As it turns out, many of the fatty acids in butter can affect our physiology and biochemistry in some way, leading to major health benefits.

This includes the fatty acid CLA (conjugated linoleic acid). It is popular as a fat loss supplement, and studies show that it can have powerful effects on health (2, 3).

Butter from grass-fed cows is also much higher in Omega-3 fatty acids and vitamin K2, compared to butter from grain-fed cows (5).

As you can see, butter from grass-fed cows is a much healthier and more nutritious choice.

Butter used to be considered unhealthy, because it contains saturated fat.

However, this is actually not a valid argument against butter, because the saturated fat myth has been thoroughly debunked in recent years.

Two massive review studies were published recently, one in 2010 and the other in 2014. Both included hundreds of thousands of people.

These studies clearly showed that there is no association between saturated fat consumption and heart disease (6, 7).

The relationship between full-fat dairy consumption and heart disease seems to depend on the country in which the study is performed.

In countries where cows are largely grass-fed, the people who eat the most butter seem to have a drastically reduced risk of heart disease.

This study looked at the levels of CLA in the fat tissue of 1813 non-fatal heart attack patients, and compared them to 1813 similar subjects who had not gotten heart attacks.

Levels of this fatty acid are a very reliable marker for the intake of fatty dairy products, and this study was done in Costa Rica, where cows are grass-fed.

They split the subjects into 5 groups, from lowest to highest, depending on their levels of CLA. The results were fairly remarkable:

As you can see, the more full-fat dairy (like butter) people ate, the lower their risk of heart attack.

In fact, the people who ate the most were 49 percent less likely to experience a heart attack, compared to those who ate the least.

However, keep in mind that this was a case-control study, a type of observational study. These types of studies can not prove causation.

This study shows that people who eat more grass-fed dairy fat have a lower risk of heart disease, but it can not prove that dairy fat caused the reduction in risk.

But, at the very least, this study is pretty good reassurance that butter is not the devil it was made out to be.

Many Other Studies Have Shown Similar Results

This is far from being the only study.

Several other studies in European countries, where cows are generally grass-fed, have shown that dairy fat is linked to reduced heart attacks and strokes (9, 10).

Despite having been demonized in the past, real grass-fed butter is one of the healthiest fats on the planet. Period.