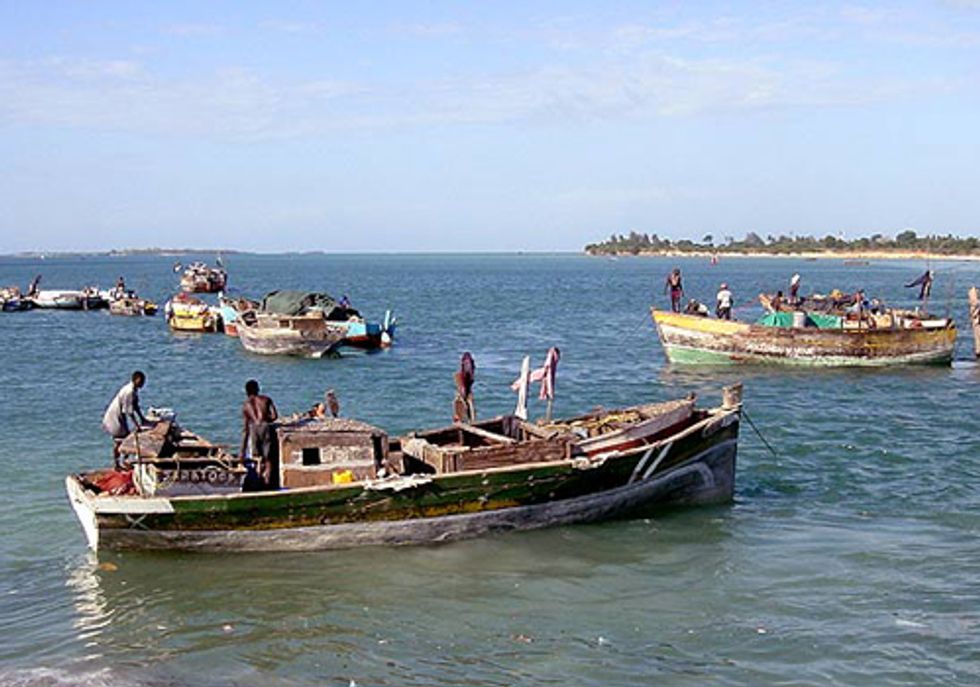 Half of fishermen will not give up their livelihood in the face of drastically declining catches according to research led by the University of East Anglia (UEA).

A new report, published Feb. 6 by PLoS ONE, challenges previously held notions about poverty and adaptation by investigating why fishermen in developing countries stick with their trade.

“We found that half of fishermen questioned would not be tempted to seek out a new livelihood—even if their catch declined by 50 percent," said Dr. Tim Daw, lead author  from UEA’s School of International Development. "But the reasons they cling on to their jobs are influenced by much more than simple profitability.”

Fisheries are challenged by the combined effects of overfishing, climate change, deteriorating ecosystems and conservation policies. Understanding how fishermen respond to these changes is critical to managing fisheries.

The research project is the largest of its kind and was undertaken as a joint project with the Wildlife Conservation Society, the School of Marine Science and Technology at Newcastle University, and the ARC Centre of Excellence for Coral Reef Studies at James Cook University in Australia.

Researchers surveyed almost 600 fishers across Kenya, Tanzania, the Seychelles, Mauritius and Madagascar about how they would respond to hypothetical catch declines.

They then investigated how social and economic conditions, such as local culture and socioeconomic development, influenced whether fishermen were willing to give up their trade.

“Surprisingly, fishermen in the more vibrant and developed economies were less likely to give up their trade—despite having more economically fruitful opportunities open to them,” said co-author Dr. Joshua Cinner from the ARC Centre of Excellence for coral reef Studies in Australia.

“This is the reverse of the common belief that poor communities are less likely to adapt than wealthy ones. We suspect that this may be in part due to the perverse impacts of subsidies in more developed countries encouraging people to stay in the fishery even when it is not profitable.”

“But reduced profitability was certainly not the only deciding factor," said Dr. Daw. "Fishers often have an occupational attachment, job satisfaction, family tradition, culture, and a sense of identity, which makes them reluctant to stop fishing—even when it would be an economically rational decision.”

The research demonstrates the complexity of decision making and how willingness to adapt is influenced by a range of factors.

“We have found that willingness to adapt to change is influenced by cultural, as well as economic, factors—with differing scales of importance,” said Dr. Daw. “Undertaking such a large-scale analysis has helped to untangle the complexity of the situation."

“Previous studies have been too small to offer insights into larger scale factors," Dr. Daw continued. "This is the first large-scale study to evaluate the willingness of fishers to exchange their livelihoods for a new trade—and how this decision is influenced by factors operating at different scales,” he added.

“This is very important research which helps us understand why and when fishers will leave a fishery," said Tim McClanahan from the Wildlife Conservation Society. “Some of the findings are unexpected and contrary to many arguments about the impacts of management and climate change on poor people. They will be a surprise to many people working in this field and the policies associated with resource and disaster management.

“A surprising finding was that fishermen in a poor country like Madagascar would leave the fishery sooner than those in wealthy countries such as the Seychelles. This indicates that the poor do have alternatives to fishing and lower investments that allow them flexibility in the face of environmental and management changes.

“So, the poor can adapt to climate change and temporary losses in fishing grounds as long as the alternatives are productive, which helps when trying planning for improvements in fisheries management in poor countries," added McClanahan.

The findings add to a growing raft of literature which identifies multiple interlocking and dynamic factors which affect people’s capacity to deal with environmental change. It is hoped they will help identify points of intervention for conservation policies that aim to reduce fishing effort. They could also help communities become more adaptive to change.

It also highlights the importance of understanding resource-based livelihoods, such as fishing and farming, in the context of the wider economy and society.