Why Excreta Matters in India 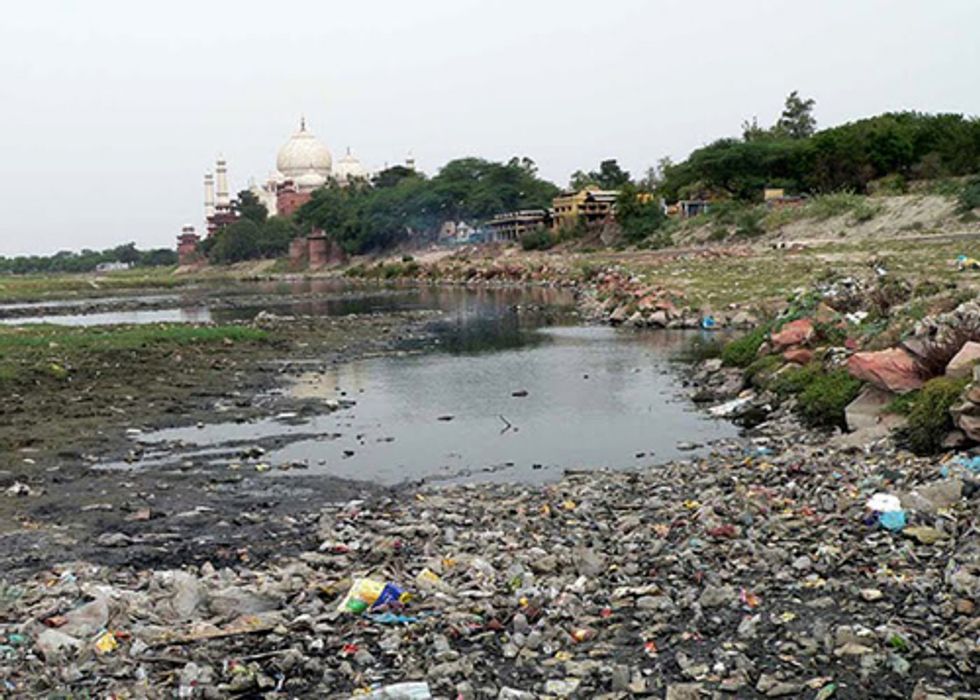 Centre for Science and Environment

In India, water is life and sewage tells its life story. This is the subject of the Citizens’ Seventh Report on the State of India’s Environment—Excreta Matters: How urban India is soaking up water, polluting rivers and drowning in its own excreta. It has a seemingly simple plot—it asks where Indian cities get their water and seeks to discover where the waste goes. But this isn't just a question or answer about water, pollution and waste. It's about the way Indian cities (and perhaps other parts of the world that are similarly placed) will develop. It's about a paradigm of growth that’s sustainable and affordable.

Urbanisation in India, relentless as it is, will only continue to grow. How should the country manage its water needs so that it doesn't drown in its own excreta? This is what the Centre for Science and Environment (CSE) has asked and tried to answer in the book. What has amazed us is the lack of data, research and understanding surrounding this issue in India. People consume water, discharge waste and see their rivers die. But they often don’t make the connection between flushing toilets and dying rivers. It's as if they don't want to know.

It's clear Indians know little about the water they use and the waste they discharge. We at CSE had to collect data the hard way—city by city, ferreting out the material from government offices, which are rarely visited by researchers. The second volume—71 cities: water-excreta survey—of the seventh citizens’ report puts together individual city profiles. Each city is mapped to know more about its past, current and future water footprint. Each city is mapped to know more about where the waste generated from such use of water goes. It's a geography lesson that’s essential to learn.

It was back in the late 1990s that environmentalist Anil Agarwal, who conceived and crafted the state of India’s environment reports, had said one needs to understand the political economy of defecation, where the rich are subsidised to excrete in convenience.

When we researched for this report, which explains the political economy of defecation, we were struck by one fact that should make us all angry. We found countless instances where a city’s drain, called nullah, was actually a river. Delhi residents are familiar with Najafgarh drain, which discharges the city’s waste into the Yamuna River. But most of them don't know that this drain has its source in the Lake Sahibi. Now Sahibi is gone, and what has replaced it is a drain carrying only filth—not water. Worse, New Gurgaon—the second largest city in the Indian state of Haryana—is now dumping its sewage into the same lake.

Buddha Nullah—a seasonal water stream—in Ludhiana is referred to as a drain because today, it's full of stench and filth. But not so long ago Buddha Nullah was a clean freshwater stream. One generation has changed its form and name.

The Mithi River is Mumbai's shame. When floods drowned Mumbai in 2005, it learned it had a clogged drain called Mithi, marred by encroachments. It did not realise that the Mithi had not shamed the city, the city had shamed the Mithi. This drain, which originates near the city, is really a river. It was recognised as a river. It flowed like one. But today even official environmental status reports call this living river a storm water drain. One more city has lost its river. These lost rivers are our collective shame.

But should Indians be surprised? Today they take water from their rivers—for irrigation, drinking and hydro-electric plants—and give back waste. Water no longer flows in its rivers. Instead, they flow with the load of excreta and industrial effluent.

Indians should be angry over the loss of our rivers. More worryingly, if they don't change their ways they'll lose their remaining rivers, lakes and other water bodies. This generation won't just be pitied for losing its rivers, but accused of committing deliberate hydrocide. Coming generations will forget that the Yamuna, Cauvery and the Damodar were rivers. They'll get to know them only as what they've become—drains.