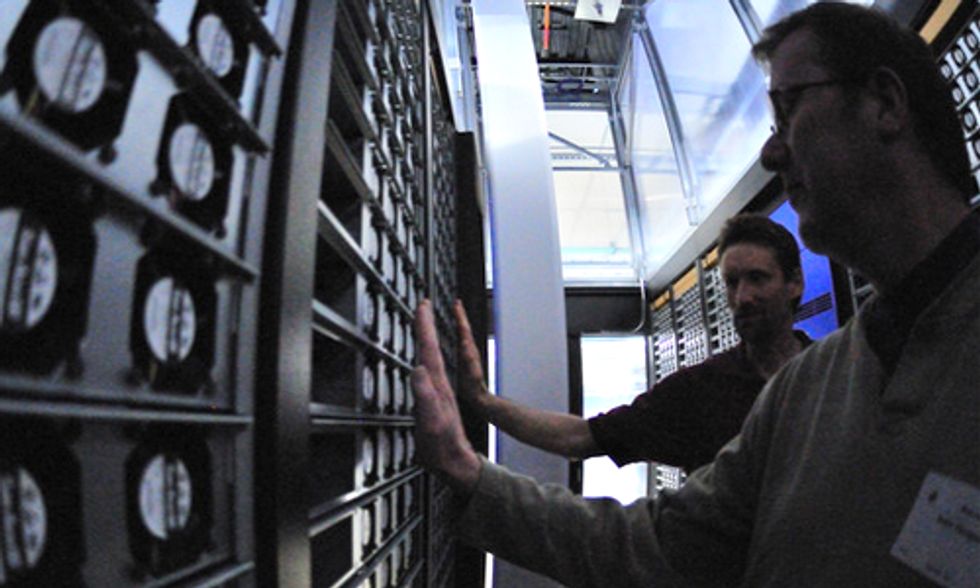 The U.S. Environmental Protection Agency (EPA) has embarked on a vital effort—accompanied by extensive outreach to states, power companies, environmental organizations and other stakeholders, including you—to establish the nation’s first limits on carbon pollution from fossil fuel-fired power plants.

The EPA was directed to take this critical step for public health and the environment in the president’s Climate Action Plan that was released last summer. Protective and well-designed Carbon Pollution Standards will provide important benefits for all Americans.

Fossil fuel-fired power plants emit 40 percent of the nation’s carbon pollution, as well as significant amounts of mercury, acid gases, and pollutants that contribute to smog and particulates.

That’s why it is critical to get these rules right, and to mobilize common sense solutions proven in red and blue states alike in reducing carbon pollution from the power sector.

Of all the available ways to reduce carbon pollution, one of the most cost-effective and time-tested approaches is to reduce demand for fossil fuel electricity through end-use energy efficiency (EE).

From homes to data centers, like this one on a Facebook campus in Prineville, OR, energy efficiency offers big savings and reduces emissions. Photo credit: Intel Free Press/Flickr Creative Commons

EE measures encompass countless improvements, large and small, in the ways we use electricity in our offices, factories, and homes. All of those improvements can add up to big savings, not only in our monthly energy bills but in the total amount of fossil generation needed to power our society.

Dozens of states and power companies are already investing heavily in EE, and have built up decades of experience in measuring and verifying the many benefits it can yield for consumers and for the environment.

States and power companies around the country have been implementing EE programs for decades, and have increased their efforts in recent years as experience with the benefits of EE has grown.

Twenty-six states in diverse regions of the country, from Arizona and Colorado in the Southwest, to industrial Midwest states like Ohio and Illinois, now have “energy efficiency resource standards” or similar policies that require utilities to achieve a certain amount of energy savings each year.

As EE policies and investments have grown, so have energy savings.

These savings increased 22 percent since 2010 and, importantly, count only those savings achieved in the first year these EE measures are in place.

Because most EE measures continue to yield energy savings years or even decades after they are installed, the cumulative savings from these state EE programs are much larger.

A recent study by the American Council for an Energy Efficient Economy found that EE programs and policies are a key reason why residential and commercial electricity demand has remained stable since 2007.

As impressive as these developments are, they only scratch the surface of what could be achieved if we were to fully unlock the potential for EE to save energy and reduce emissions.

An exhaustive 2009 analysis by McKinsey & Company, for example, found that rigorous investment in cost-effective EE could reduce the country’s total energy consumption by 23 percent in 2020.

Energy savings on this scale would yield massive emission reductions—about 700 million metric tons of carbon dioxidein 2020 alone (more than 30 percent of power sector emissions today) – and at a cost per kilowatt-hour saved that is about 85 percent less than the average retail price of electricity.

Other national and regional studies have similarly found that EE represents a tremendous “win-win” opportunity for our climate, for families and consumers, and for the economy as a whole.

Based on the track record of “best practice” EE programs around the country, SWEEP found that these six states could reduce their electricity demand in 2020 by more than 20 percent while achieving net benefits of about $20 billion—amounting to $2,650 for every household in the region (largely in the form of lower energy bills).

Investments in EE at this scale would also create about 30,000 additional jobs in the region by 2020, and increase wages and salaries by more than $1 billion.

At the same time, these EE measures would reduce carbon pollution by more than 30 million metric tons in 2020, (a 16 percent reduction relative to expected emissions in 2020), while also reducing thousands of tons of pollutants that contribute to smog, acid rain, and harmful particulate pollution.

EE and the Carbon Pollution Standards

That section provides bedrock authority for EPA to issue Carbon Pollution Standards for existing power plants.  It also provides a broad, flexible framework for states and companies to deploy EE and other flexible approaches to reducing carbon pollution from the power sector.

Under section 111(d), EPA and the states will work together to reduce emissions from existing power plants.  EPA will issue “emission guidelines” that identify the “best system of emission reduction” for carbon pollution from existing power plants and the emission reductions achievable using that system.  The states then have the responsibility to develop plans that implement standards consistent with those guidelines.

Just a few weeks ago, Kate Konschnik, Policy Director of the Environmental Law Program at Harvard Law School, released a report that makes a strong legal case for considering EE as part of the “best system of emission reduction” that underpins EPA’s emission guidelines.

As Konschnik argues, the Clean Air Act grants EPA broad authority to consider flexible measures such as EE as a part of the best system of emission reduction for carbon pollution, "because it is adequately demonstrated and cost-effective, imposes minimal environmental costs, and reduces overall energy requirements."

Moreover, as Konschnik points out, methods for quantifying and verifying EE-related energy savings and emission reductions are well-developed.

Over the last two decades, at least 35 states and two regional transmission organizations have adopted protocols for measuring and verifying energy savings from EE projects. These savings are now widely used as the basis for critical regulatory proceedings and market functions, including establishing utility rates, compensating EE in regional capacity markets, and carrying out long-term regional resource planning.

In addition, EPA has already allowed several states to credit emission reductions resulting from EE and renewable energy towards compliance with national air quality standards. EPA has also issued detailed guidance to the states on analytical approaches and tools that could be used for future programs.

Ensuring Smooth Implementation of EE in the Carbon Pollution Standards

Under traditional emissions trading programs such as the Regional Greenhouse Gas Initiative (RGGI) or California’s cap-and-trade system, the emission reduction benefits of EE are readily observed as emissions from power plants drop.

Under these programs, no separate system for tracking emission reductions from EE is necessary.  As a recent report by RGGI confirms, these programs are also funding significant investments in EE programs that have already helped 815,000 families.

However, some states may choose to directly incentivize EE through policies that credit individual projects and programs for their impacts on energy savings and emissions.

For this reason, EDF has worked with experts in the field to study how measurement and verification for such EE crediting systems could work in a way that is environmentally rigorous and administratively streamlined, and that builds on extensive state and regional experience with existing EE programs.

We recently submitted a report to EPA, developed by the Analysis Group, that lays out one possible framework for ensuring both desirable outcomes:

This framework recognizes the diverse approaches to measurement and verification of EE that are in use around the country. But in developing this framework, we were also struck by the significant progress that a number of organizations have made in developing best practices and consensus protocols for evaluating EE projects.

One example is the Department of Energy’s Uniform Methods Project (UMP), which has organized a multi-stakeholder process to develop rigorous yet streamlined measurement and verification protocols for different types of EE projects.

Other notable efforts to develop and encourage best practices in the field include:

EE represents a historic opportunity to achieve extensive reductions in emissions of carbon pollution and other power sector pollutants that directly harm public health and the environment.

In many cases, EE measures will actually save families and businesses money over time and help strengthen the economy.

Decades of state and utility experience in designing and implementing EE programs have demonstrated that the benefits of EE are real, and that the policies and tools needed to incentivize EE and measure its effects are available.

EPA should fully mobilize the potential of EE by exercising its authority to consider EE in the design of the Carbon Pollution Standards, and by providing guidance to the states to facilitate the inclusion of EE in state plans implementing those standards.