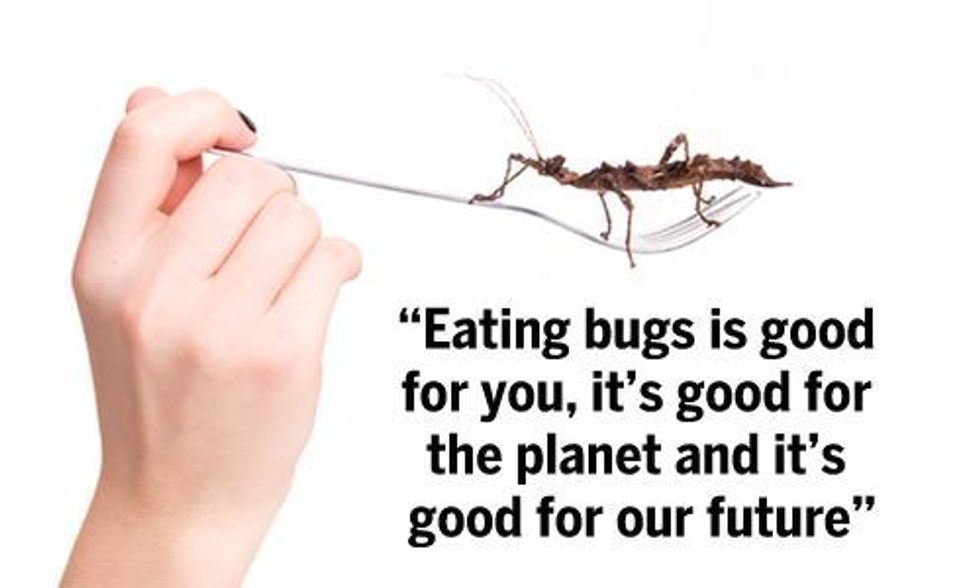 This might be one of the most intriguing TEDx Talk openers ever: "Hi I'm Jenny Josephs and I eat bugs." But it probably shouldn't be, as Josephs goes on to explain, since an estimated 2 billion people around the world already eat insects. That's nearly a quarter of the world's population.

But it's not too common in Europe, the U.S. and Canada, which is probably why to most of you reading this right now, the thought of eating bugs is completely grossing you out. Popular television shows, such as Fear Factor and more recently, Naked and Afraid, have made huge stunts out of people eating bugs. But, Josephs points out the "ick" factor is starting to fade across Europe and the U.S. as dozens of companies market their bug-filled products.

So, what's with the bug craze? Josephs explains that eating insects "is good for you nutritionally, it's good for the environment and it's good for our future."

Check out what all the buzz is about: