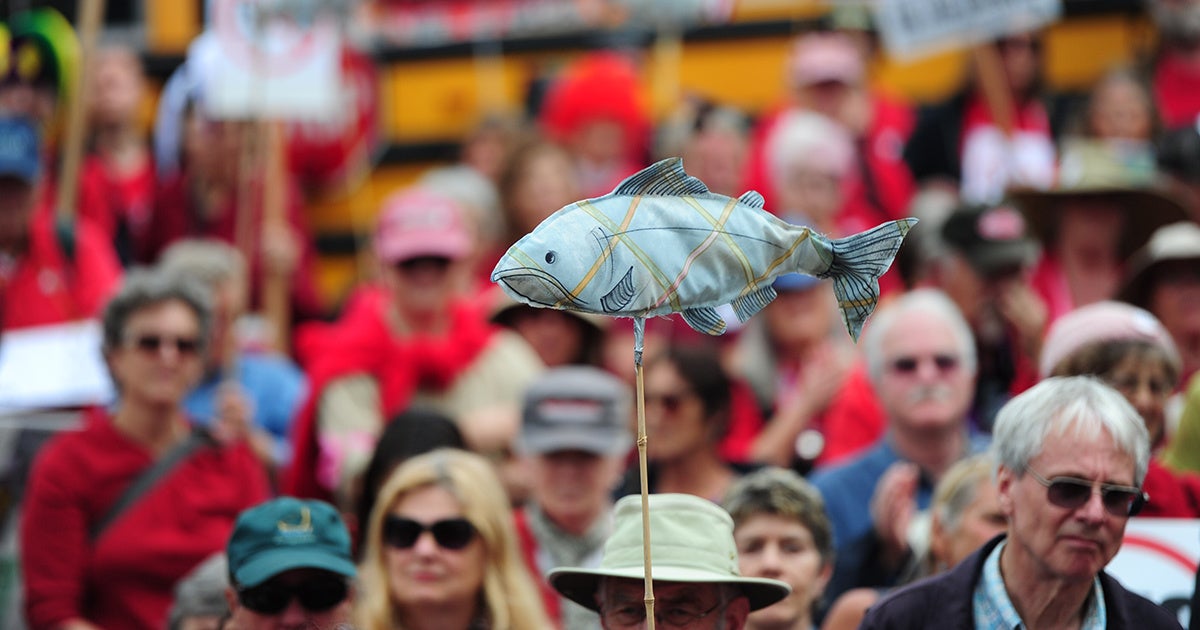 As highlighted by the article Why Does Climate Change Matter to the Columbia?, we are in the the fight of our lives to stop dirty fossil fuels and transition to clean energy. The good news? You are making a difference right now. As activists, you have a tremendous impact on greenhouse gas pollution in the Pacific Northwest. Over the past decade, you defeated the region’s largest fossil fuel proposals. From stopping liquefied natural gas (LNG) developments on the Lower Columbia River, to blocking mind-blowing quantities of coal exports, to persuading Washington Gov. Jay Inslee to deny North America’s largest oil train terminal, your efforts register on a global scale.

Together, we have helped prevent:

Altogether, you helped stop 471 million metric tons of carbon pollution per year. That’s almost four times the carbon pollution of the Keystone XL pipeline, and more than seven times Oregon’s total in-state greenhouse gas pollution. Incredible! Not only did you take a stand for our climate, but you made a difference for clean air and water as well. Fossil fuel projects pose tremendous safety and toxic pollution risks to millions of people across the Northwest. When we fight fossil fuels, we are fighting for clean water and healthy communities.

Together We Are Strong

To win against powerful coal, oil and gas interests, we must work together with allies. Riverkeeper engages with community activists from eastern Oregon and Washington all the way to the mouth of the Columbia River.

People may fight dangerous fossil-fuel projects because the projects harm local businesses, water resources, forests, farms or public safety. We are fortunate to work with firefighters, fishers, foresters, farmers, health professionals, educators and union leaders who see fossil fuel risks in their communities and stand against injustice. Whether seeking to protect critical salmon habitat, the safety of schools near rail lines, or a stable climate for our children, we seek common ground and a path away from dangerous fossil fuels. We strive to learn from one another and stand in solidarity across traditional political boundaries.

[Our] opposition stems not only from the climate effects of continued fossil fuel use, but also the present danger of transportation risks. Continued reliance on fossil fuels would have long-lasting, harmful impacts to the environment and the natural resources upon which tribal cultures are based. This alone is reason enough for opposition to expanding fossil fuel transport through the region, but adding in the risk of catastrophic environmental damage from spills and derailments and the correct course of action is even more obvious.

We are honored to work in solidarity with these tribes to protect the Columbia from the perils of oil-by-rail and other dangerous fossil fuel projects.

Riverkeeper works to link these people with one another, empower them with technical information, and fight for their rights in the courtroom.

The second: strong, healthy communities and thriving local businesses united by clean air, clean water and sustainable salmon runs. Thank you for choosing clean air and water. When it comes to the onslaught of fossil fuel infrastructure on the Columbia, the actions you take in your community have global climate impacts.

What Can You Do to Help? Take Action.