5 Reasons Why the Critics Are Wrong About the Rio Olympics 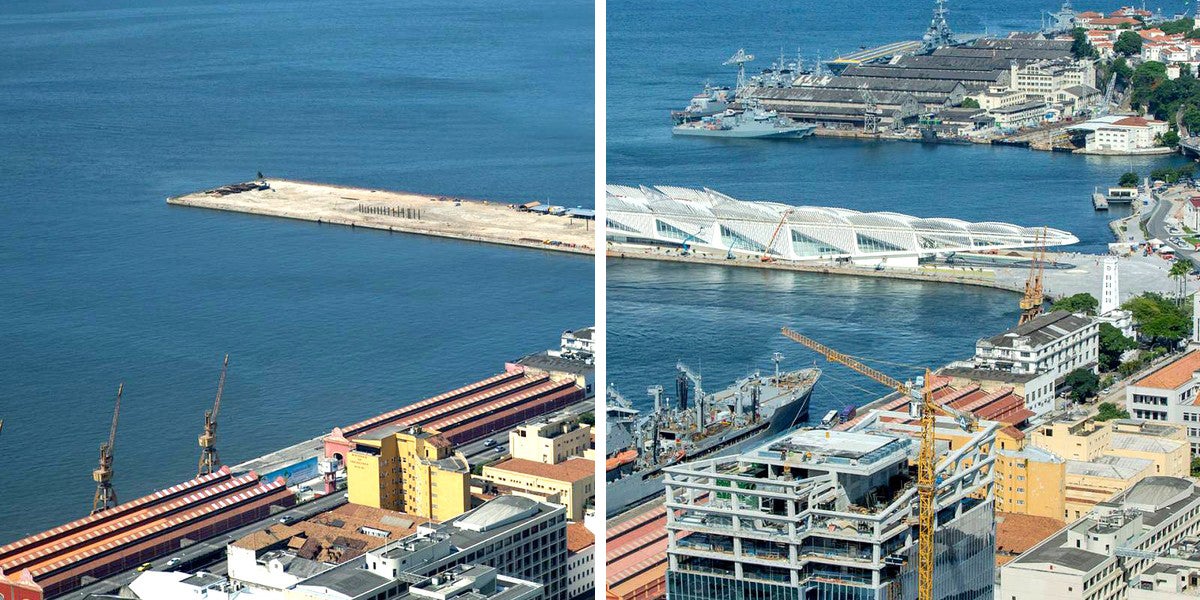 The whole world held its breath in awe on Friday watching the Opening Ceremony for the 2016 Olympic Games in Rio de Janeiro. A day later I arrived back in the city that has become my second home while Mayor Eduardo Paes has been C40’s chairperson for the last two and a half years. As I sit writing this article while enjoying the extraordinary new space in Porto Maravilha, though many have criticized the city for its Olympic preparations, it’s impossible not to be moved by the significance of the first-ever Olympics to be held in South America.

Olympic cities are always criticized while under the world’s microscope. Though there are some shortcomings here—mostly in areas that were the responsibility of the state or federal government—it’s impossible not to be impressed by the transformation in sustainable transport and public space the mayor has instigated as a direct result of taking on the challenge of hosting the world’s single greatest international contest.

The promise of the Olympics has been on the horizon since current C40 Cities Climate Leadership Group (C40) Chair and Rio Mayor Eduardo Paes was elected mayor in 2008. He has worked tirelessly throughout the intervening years not only to produce an event worthy of the global stage, but also to invest in and develop long-term legacy projects that will benefit the city and its inhabitants for years to come. Indeed, Mayor Paes has followed the advice of former Barcelona (also a C40 city) mayor and Olympic host Pasqual Maragall: The Olympics must serve the city, not vice versa. 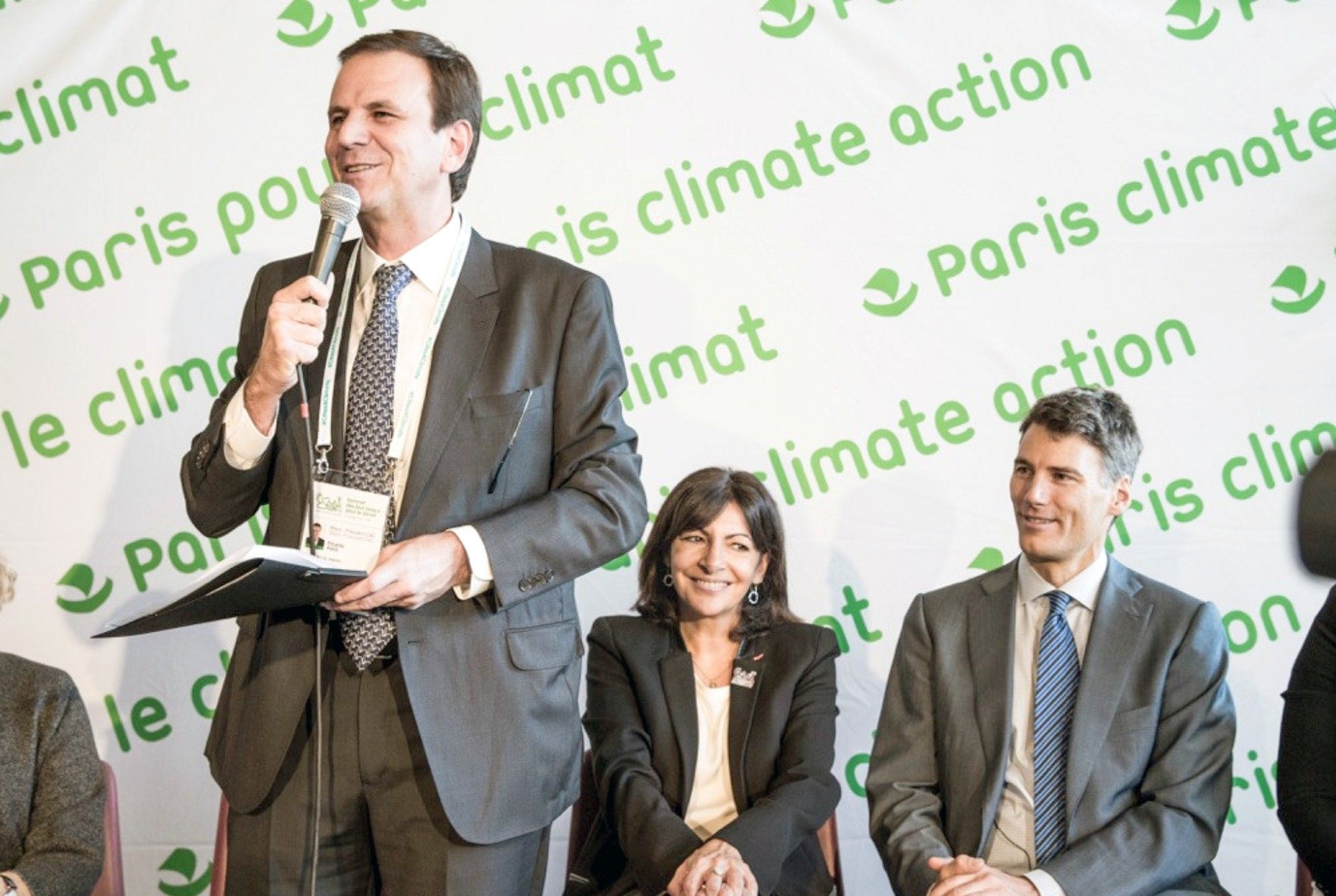 Mayor Paes has stayed true to that principle: For every one real invested in the Olympics, the city has invested five Reais in sustainable infrastructure and legacy projects. The city’s ambitions for the Olympics have always been high and under Mayor Paes’ leadership it has made powerful and lasting improvements for the city and its people that will endure far beyond when the last athletes have left town.

Hosting an Olympics Games is no mean feat for any mayor, but it is particularly challenging when taking into consideration the political and economic turmoil Brazil has been facing over the past 12 months. Rather than criticizing what has not been done in Rio (and there are still many areas that require improvement and investment), those who care about sustainability should be praising Mayor Paes for delivering an impressive raft of infrastructure improvements, while the rest of the country has been at a virtual standstill.

Moreover, in addition to his job as mayor, Mayor Paes has also been the energetic chair of C40 since December 2013 and has been instrumental to engaging more than 20 new member cities from China, India, the Philippines, Africa and the Middle East, such that we now have a majority of members from the global south.

Under his leadership, Mayor Paes and C40 joined partners in launching the Compact of Mayors, creating a new global standard for urban emissions reporting and creating a program of effective “city determined commitments” to mirror the INDCs being pledged by nation states. Mayor Paes led from the front and Rio became the first city to be compliant with the Compact of Mayors. Rio was also the first Brazilian city to complete a study of its climate vulnerabilities and has mandated emissions cuts of 20 percent by 2020.

It has also been through Mayor Paes’ personal leadership that we have created the C40 Finance Facility, to address the the startling omission of most of the world’s green funds to finance city government’s low carbon projects. Starting from initial generous support from the German government, Mayor Paes aims for the facility to unlock up to $1 billion worth of sustainable infrastructure in cities across low and middle-income countries by 2020.

In part because of Mayor Paes’ leadership, Latin America is a focal point for city climate action this year: C40 is looking forward to hosting our flagship event, the C40 Mayors Summit in Mexico City at the end of November. Mexico City Mayor Mancera and Mayor Paes will host this gathering where mayors, urban experts, business people and celebrities from around the world will come together to continue positioning cities as a leading force for climate action around the world.

It is with extreme gratitude that we at C40 thank Mayor Paes for his leadership and passion. And is with great excitement that today in Rio we announced the new C40 chair: Paris Mayor Anne Hidalgo. 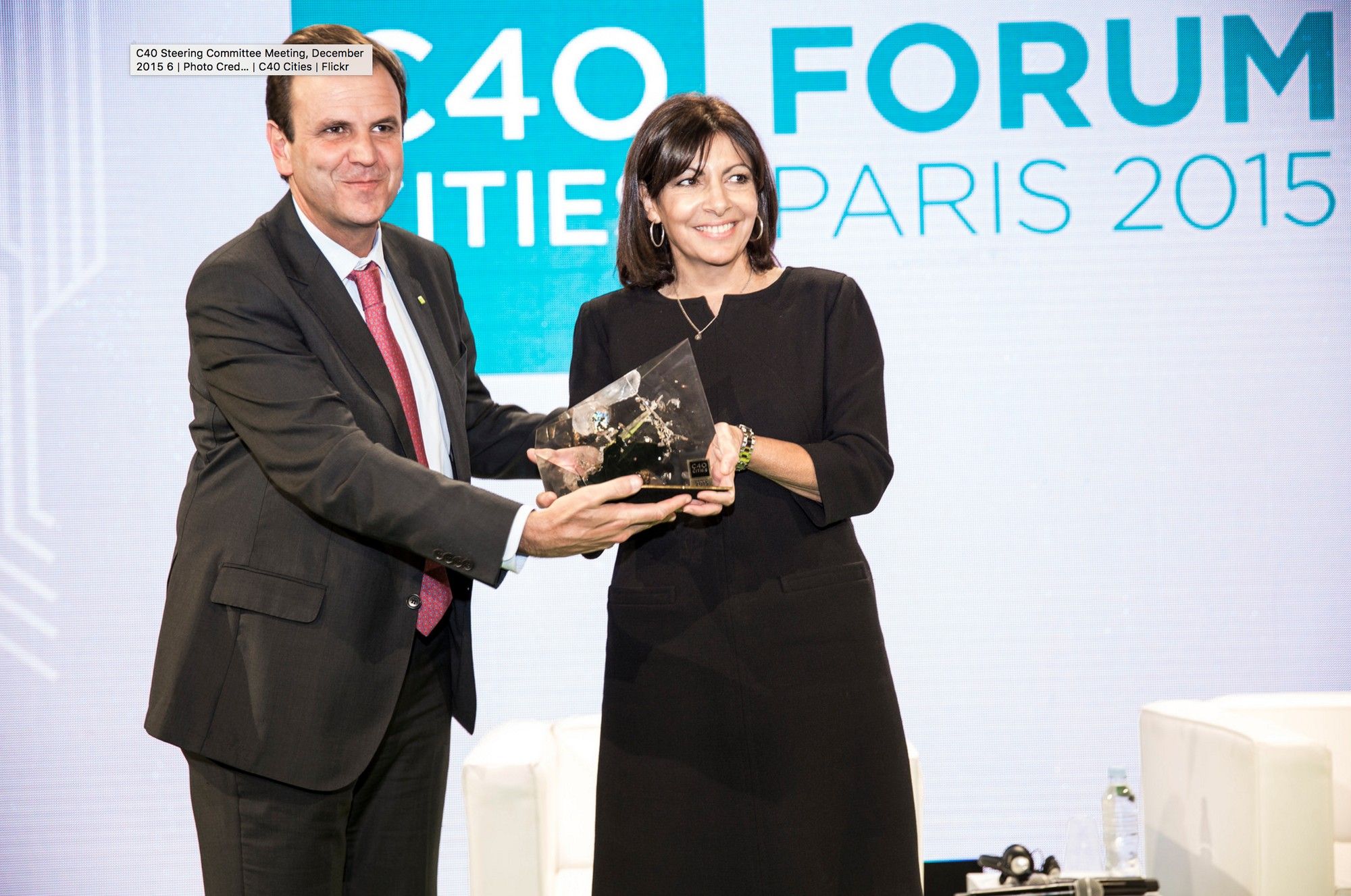 The C40 Steering Committee voted unanimously to elect Mayor Hidalgo, who has maintained a steadfast commitment to urban sustainability throughout her tenure thus far, emphasizing walkability in Paris, spearheading calls to better air quality across Europe and hosting the Climate Summit for Local Leaders alongside the COP21 climate negotiations in Paris last December. She will be an inspiring champion for city voices around the world, leading by example as the C40 chair-elect. She will take over from Mayor Paes after the C40 Mayors Summit in Mexico City later this year.

It is no coincidence, too, that Paris is currently bidding to host the 2024 Olympics, more than half of the cities that have hosted the Olympics are also C40 member cities. And, given that the International Olympic Committee has outlined a commitment to a sustainable future, it’s no surprise that C40’s member cities—which represent the most powerful and innovative cities in the world—are not only great places to live, work and prosper, but are also make supremely competent Olympic hosts.

Mayor Paes has been an exceptional leader for the last several years and Rio has set an example for other cities around the world seeking a clean development pathway. We look forward to Mayor Hidalgo carrying that charge forward for the critical years to come.