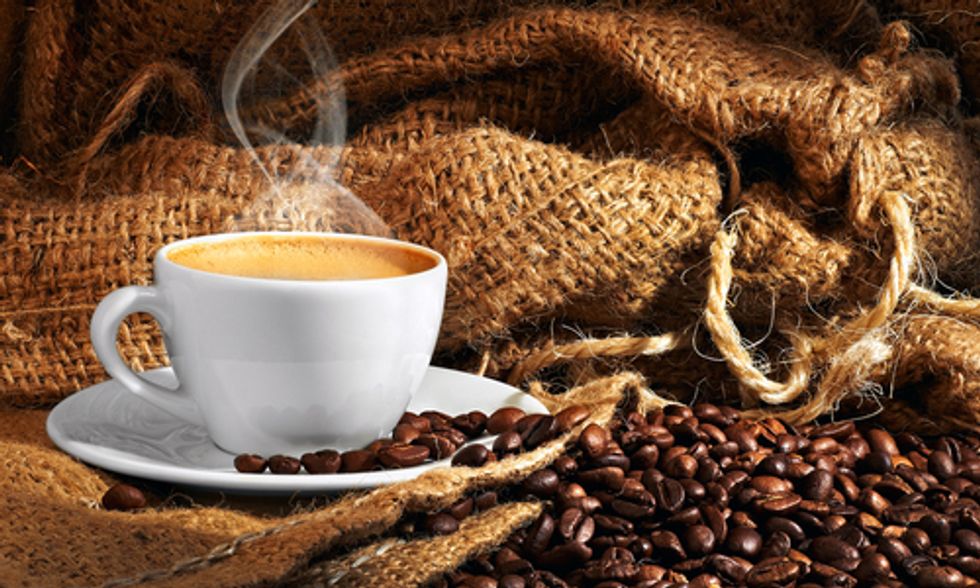 Coffee is one of the healthiest beverages on the planet.

It is more than just dark-colored liquid with caffeine. Coffee actually contains hundreds of different compounds, some of which have important health benefits.

Several massive studies have now shown that the people who drink the most coffee live longer and have a reduced risk of diseases like Alzheimer's and diabetes.

Coffee Is a Major Source of Antioxidants

When hot water runs through the coffee grounds while brewing, the substances in the coffee beans mix with the water and become part of the drink. Some of these substances are well known, including caffeine, but there are hundreds of other compounds in there as well, many of which science has yet to identify.

Many of these compounds are antioxidants that protect our bodies from oxidation, which involves free radicals that damage molecules in the body. Without getting into complicated details, oxidation is believed to be one of the mechanisms behind aging and common diseases like cancer and heart disease.

Coffee, believe it or not, happens to be the biggest source of antioxidants in the Western diet, outranking both fruits and vegetables, combined.

When you're treating yourself to a cup of coffee, you're not only getting caffeine but a whole bunch of other beneficial compounds, including powerful antioxidants.

There are several studies showing that when people drink coffee, they have a lower risk of dying from a range of serious diseases.

A groundbreaking study, the largest of its kind, was published in the New England Journal of Medicine in 2012: Freedman ND, et al. Association of coffee drinking with total and cause-specific mortality. New England Journal of Medicine, 2012. In this study, 402,260 individuals between 50 and 71 years of age were asked about their coffee consumption.

The results were fairly remarkable. After following the people for 12-13 years, those who drank the most coffee were significantly less likely to have died. As you can see from the graph, the more coffee people drank, the lower their risk of death was.

However, even moderate consumption of coffee (one cup per day) was associated with a 5-6 percent reduction in risk of death, showing that even a little bit is enough to have an effect.

Although these numbers may seem small, given how incredibly widespread coffee consumption really is, this could have implications for millions of people.

When they looked at particular causes of death, they found that the coffee drinkers were less likely to die from infections, injuries and accidents, respiratory disease, diabetes, stroke and heart disease. The benefit does not appear to be attributable to the caffeine, because both decaf and regular coffee had the same effect.

Of course, this is a so-called observational study, which can not prove that coffee caused the reduction in risk. But it is a good reassurance that coffee is, at the very least, NOT the villain it has been made out to be.

Many Other Studies Have Lead to Similar Results

The effects of coffee on health have actually been studied very thoroughly in the past few decades. At least two other studies have shown that coffee drinkers have a lower risk of premature death.

If we look at specific diseases, coffee drinkers have a much lower risk of Alzheimer's, Parkinson's, type 2 diabetes and liver diseases, to name a few.

There are also studies from Harvard showing that coffee may make you happier, reducing the risk of depression by by 20 percent and the risk of suicide by 53 percent.

So, not only does coffee add years to your life, but it may also add life to your years.

Coffee is full of powerful antioxidants. Photo courtesy of Shutterstock

Despite having been demonized in the past, coffee is one of the healthiest beverages on the planet. Period.