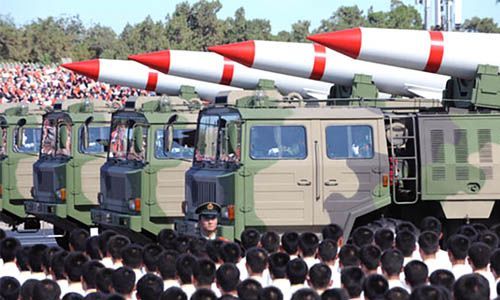 China’s military wants to put its relatively small nuclear arsenal on hair-trigger alert for the first time, according to newly translated documents. That’s not good. Such a radical departure from the country’s longtime nuclear policy could pose a threat not only to the U.S., but also to China itself.

Gregory Kulacki, an analyst with the Union of Concerned Scientists, discovered evidence of this potential policy change in a number of Chinese military documents. He published a paper this week that provides the details of what he found. 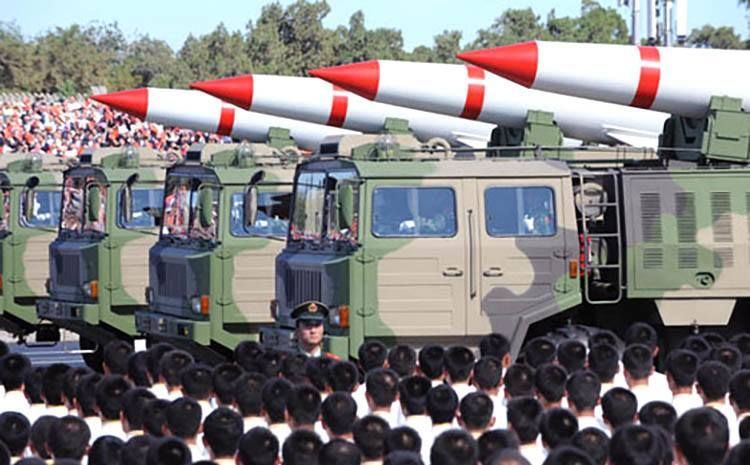 Why is the People’s Liberation Army (PLA) considering such a major policy change?

According to Kulacki, it’s due to U.S. intimidation.

“It’s a combination of factors,” he explained. “First, the PLA is worried that it doesn’t have a credible nuclear retaliatory counterweight to highly accurate U.S. nuclear weapons, conventional weapons and missile defense systems. Second, U.S. officials have refused to acknowledge that the United States is vulnerable to a Chinese retaliatory strike, which the Chinese think means the United States is not deterred from attacking them. And third, the United States has threatened China with a nuclear attack a number of times and still refuses to adopt a no-first-use policy. All that makes the PLA very nervous.”

But why would it matter if the Chinese put their nuclear weapons on high alert?

Too Many Close Calls

Since the beginning of the Cold War, both the U.S. and Russia have had a percentage of their respective nuclear weapons on hair-trigger alert, enabling them to be launched within minutes if an early warning system detected an attack. Given that it is highly unlikely that either country would launch a first strike against the other, it’s more likely that a technical glitch or human error would cause an accidental intercontinental ballistic missile launch in response to a false warning. In fact, there have been a number of incidents of this kind in Russia and the U.S. over the last few decades that could have prompted a nuclear launch. It’s dumb luck that one of them didn’t start World War III.

Unlike the U.S. and Russia, China currently keeps its nuclear weapons off alert. Its warheads are not even attached to their delivery vehicles. But Kulacki found passages in a several Chinese military texts suggesting that the PLA is considering adopting a launch-on-warning, high-alert posture. For example, the latest edition of The Science of Military Strategy, a standard Chinese military text, lays out what China would be able to do when its nuclear weapons are on high alert: “When conditions are prepared and when necessary, we can, under conditions confirming the enemy has launched nuclear missiles against us, before the enemy nuclear warheads have reached their targets and effectively exploded, before they have caused us actual nuclear damage, quickly launch a nuclear missile retaliatory strike.”

Adopting a hair-trigger policy would require China to build an early warning system like the ones the U.S. and Russia deploy and such a system may be in the offing. An internal November 2014 military document Kulacki obtained includes a chapter on constructing a system and asserts: “There are plans to launch experimental early warning satellites.” About a year later, in September 2015, China launched an experimental satellite that an independent U.S. news site, NASASpaceFlight.com, said may be the first in “a new series of Chinese satellites dedicated to early warning similar to the American Space-Based Infra-Red Sensor satellites.” An official Chinese press release claimed the satellite was for communications.

Still Time to Nip It in the Bud

The U.S. has a strong incentive to dissuade China from adopting a hair-trigger policy. As noted above, putting weapons on alert increases the risk of nuclear launches instigated by accidents or false warnings. And a mistaken launch due to a false warning is more likely to happen during the development of a new warning system. Indeed, the record shows that it was in the early days of U.S. and Soviet warning systems when technical glitches and human errors were a particular problem.

Kulacki recommended a number of actions the U.S. can take to help keep Chinese nuclear weapons off alert. One is for U.S. officials to recognize China’s nuclear deterrent by acknowledging that the U.S. and China are vulnerable to a nuclear attack from each other. A second is for the U.S. to abandon first-strike options by declaring that the sole purpose of its nuclear force is to deter and, if necessary, respond to a nuclear attack by another country.

Kulacki also argued that the U.S. should end its own hair-trigger policy. How can the U.S. credibly argue that China should not put its nuclear weapons on high alert when some 900 U.S. warheads can be fired within minutes? In any event, keeping U.S. weapons on high alert is not necessary for deterrence and increases the risk of a nuclear exchange that could devastate the U.S.

The Union of Concerned Scientists has long recommended that the U.S. take its own nuclear weapons off high alert and President Obama could do that without congressional approval before leaving office. Such a move, which has the support of a significant number of former high-ranking administration and Pentagon officials, would help put international pressure on Russia to do the same and China to refrain from adopting such a policy.

“It’s critical for the Obama administration to pay attention to this ongoing debate in China over a hair-trigger policy because it’s part of a bigger conversation about the future of the country’s nuclear forces,” Kulacki said. “They’re also talking about abandoning their no-first-use policy and using nuclear weapons to respond to conventional attacks. The alarm bells should be going off.

“But U.S. officials have to realize that China is contemplating these changes because it believes the United States is unwilling to reduce the role of nuclear weapons in its national security strategy—what President Obama promised to do in his famous speech in Prague back in 2009,” he added. “What the U.S. says and does regarding nuclear weapons has a profound effect on Chinese thinking. And right now, we’re pushing China in the wrong direction.”