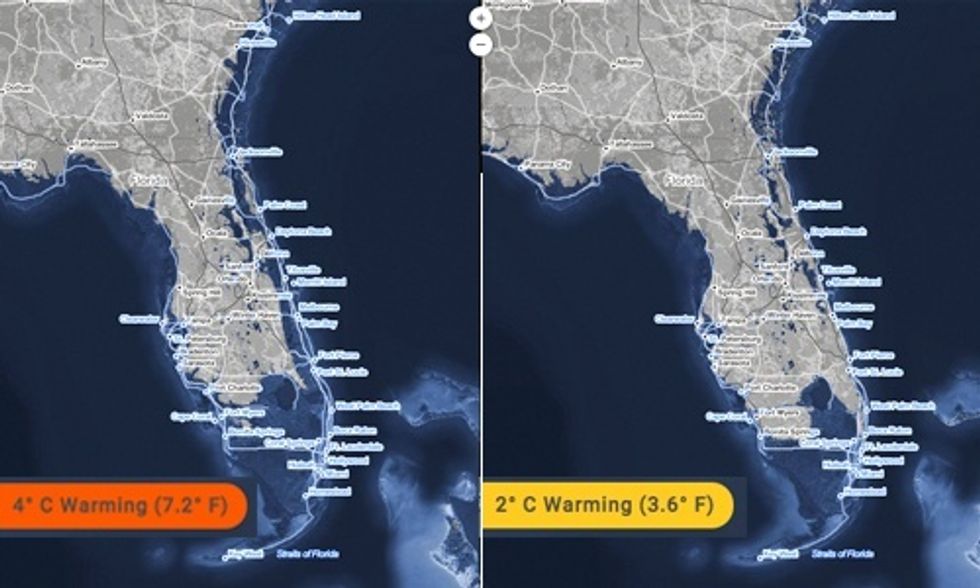 Global warming of 4C above pre-industrial levels would raise sea levels by nearly nine meters, enough to submerge land currently home to more than half a billion people worldwide.

This comes from a new report by Climate Central, looking at what it would mean for different parts of the world if we continue to emit greenhouse gases at the speed we currently are.

This is a middle estimate for 4C—the amount of sea level rise that level of warming would lock us into could be high as 10.8 meters or as low as 6.9 meters, the report says.

It would be a steady climb, with sea levels taking centuries to rise this far. But our unrestrained emissions would mean we’re effectively locked in, making the rise unavoidable.

If emissions are kept in check, however and we achieve the international goal of limiting warming to 2C, the risks don’t disappear, but they do come down a lot. The number of people worldwide living on land that would eventually become submerged could drop as low as 130m.

Today’s report is a global update to a paper published last month, which looked at sea level rise in the U.S. Ahead of the Paris climate talks, it’s meant as a demonstration of what’s at stake.

Have a go yourself. Below is an interactive map the scientists created. The left-hand side shows how the city of London would look with 4C of warming, while the right shows the same under 2C.

Click on the full version to select a location and see how sea level rise compares around the globe with 2C or 4C of warming.