Why Big Coal Operates in Constant State of Violation 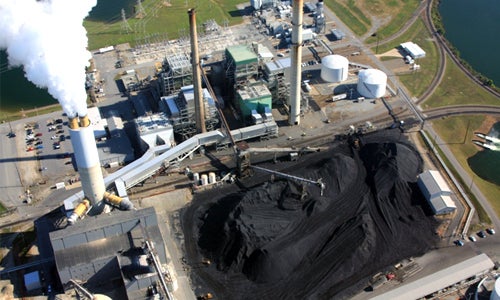 The dirty secret in President Obama’s “all-of-the-above” energy policy was quietly overlooked in his State of the Union address.

Three weeks after global media attention on the West Virginia coal-chemical disaster, the most important line of information still remains buried in an AP report:

… [A] review of federal environmental enforcement records shows that nearly three-quarters of the 1,727 coal mines listed haven’t been inspected in the past five years to see if they are obeying water pollution laws. Also, 13% of the fossil-fuel fired power plants are not complying with the Clean Water Act.

Translation: with federal and state blessing, the coal industry under President Obama is free to operate in a continual state of violation. 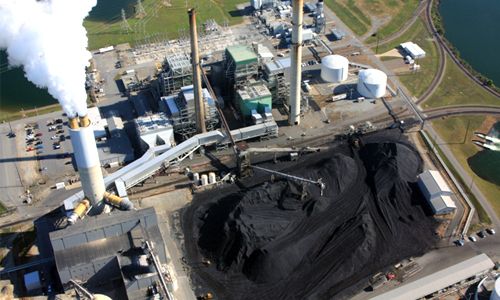 In the meantime, in the latest episode in West Virginia‘s coal-chemical debacle, state officials announced on Wednesday that residents affected by the latest coal-chemical disaster are inhaling formaldehyde, a known carcinogen.

“There is never peace in West Virginia,” labor organizer Mary “Mother” Jones famously said nearly 100 years ago, “because there is never justice.”

Our president and nation must get beyond a crisis management approach to the coal industry, and come to grips with the double-headed source of the recent Elk River disaster—lax and unenforced regulations for coal mining and chemical operations, and the stranglehold of industry lobbies over public officials in charge of regulation. Otherwise, the Obama administration’s “all-of-the-above” policy will simply extend a bitter legacy in coal country: there will never be clean water in West Virginia, because there is never justice.

Sure, hearings and investigations will be held, legislation introduced, an unenforced regulation or two added, a corporate official might be fined or even go to jail, but the truth is that toxic waters from various stages of coal mining will continue to flow with costly and devastating health effects—until public officials and their appointees are barred from accepting political contributions from the very industries they regulate.

This may sound hyperbolic, and certainly naïve—but I write after years of covering coal ash pond breakages, coal slurry disasters, and water-contamination issues from strip-mining discharges and the subsequent lack of regulatory action.

I also write from experience: my grandfather was a coal miner in southern Illinois, who barely survived a mining disaster in an age of regulatory corruption, struggled with black lung disease (a preventable coal dust inhalation malady that was first diagnosed in 1831) that still kills around four coal miners daily. My grandfather’s 150-year-old farm in the Shawnee National Forest area, was eventually stripmined and the local creek left sterile from mining discharges.

I have learned two things from the treatment of my grandfather and residents in today’s coal mining communities: in a nation that prioritizes coal industry profits over workplace and residential safety, people are as disposable as our natural resources in openly accepted national sacrifice zones. And secondly, all coal mining safety laws have been written in miners’ blood; the same is true for innocent citizens afflicted by clean water violations by coal and chemical companies.

Four years after the New York Times exposed the harrowing reality of coal slurry injections contaminating underground watersheds and drinking wells in Prenter, WV, where an extraordinary corridor of brain tumors, cancer and other problems have devastated a community, coal states like Illinois continue to green-light the same process of injecting deadly coal slurry into the watersheds of its residents.

Three years after citizens groups in Kentucky found more than 20,000 incidences of unreported Clean Water Act violations from coal mining operations in eastern Kentucky—hailed as “Clean Watergate” due to the state of Kentucky’s lack of oversight—reckless strip mining operations continue to destroy the Cumberland waterways without end.

Two years after the U.S. Geological survey found that mountaintop removal operations have adverse impacts on surrounding soil and water and more than 20 other peer-reviewed studies conducted over a decade have enumerated the impact on the health of neighboring communities (which include birth defects and cancer)—mountaintop removal operations continue unabated in central Appalachia.

The history of regulating the U.S. coal industry, especially in terms of clean water violations, is riddled by a stunning anatomy of denial in every generation.

Still, a decades-long resistance continues by impacted residents to protect their health, livelihoods and civil rights. Fed up with state and federal inaction, residents living under mountaintop removal operations have even launched their own bill—the Appalachian Communities Health Emergency Act—in Congress for a moratorium on the massive strip mining operations until proper health assessments are made.

Over 30 years ago, I lugged a pail of discolored water from a well in the back hollers of Bailey Mountain in West Virginia. I followed a trail of coal dust until I reached an elderly woman’s front porch, only a few hundred feet away from a strip mine. The smell of the water made me gag.

When I was first informed by West Virginia friends of the Jan. 9 coal-cleaning chemical disaster, the black waters of Bailey Mountain and the inexorable clash between coal and clean water returned to me with a bitter taste.

West Virginia has been drinking contaminated water for decades. And it always will—unless the nation decides to end our denial of the ever mounting health and human costs of the coal industry, launch a coalfields regeneration transition plan, and finally bring justice to the coalfields.