Why Australia’s Solar Market is in Grave Danger 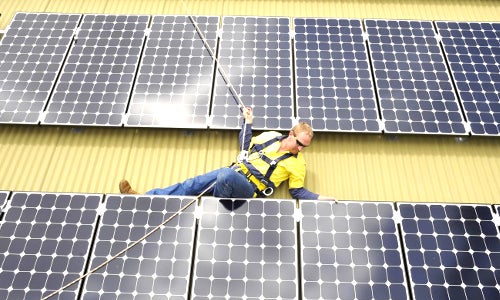 While some countries are taking in the success of setting records within their solar industries, other nations are doing whatever it takes to preserve their own.

Some in Australia say that Prime Minister Tony Abbott has changed his stance on renewable energy now that his place in office is secure. Abbott promised to keep the country’s renewable energy target (RET) of 20-percent renewable electricity generation by 2020 intact. Now, the prime minister has taken control over a scheduled review within his department and has publicly stated that the RET may not work and needs to be a reassessed.

“The Liberals went to the election saying there was no difference between the parties on renewable energy, but they weren’t being straight with the Australian people because now they are launching a full-frontal attack,” he said. 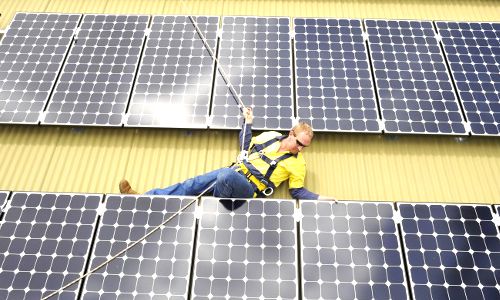 Solar supporters in Australia say they have been duped by Prime Minister Abbott, who wants to alter or eliminate the country’s renewable energy target. Photo credit: CleantechFundr

Butler believes the sudden change of heart is ideological and can be best combated by drumming up community support. The Australian Solar Council and CleantechFundr are trying to do so through the Save Solar campaign, launched this week. In January, Solar Business Services estimated that about 7,000 jobs could be lost if Australia eliminates its RET. That amount includes 2,000 next year within the photovoltaic industry.

The RET also proves as an assurance for those who invest in renewable energy. The dollars could stop flowing if the government says it is no longer behind solar, wind and other forms. One of Abbott’s first orders after the election was the suspension of loans from the Clean Energy Finance Corp. The country has also seen funding cuts to the Australian Renewable Energy Agency and renewable subsidies.

“If all of those things and the RET goes away, it has a combined phenomenal impact on the propensity of people to proceed with solar,” solar industry analyst Nigel Morris told AAP.

That would be a far cry from 2008, when environment minister Greg Hunt went skydiving to symbolize the “free fall” the solar industry was in after former Prime Minster Kevin Rudd launched a means test on solar panel rebates.

Australian Solar Council CEO John Grimes believes the industry is thriving and has the figures to prove it. The Save Solar campaign was built on the belief that the RET works because:

Morris added that the RET has “virtually no cost” to the government.

“We have to accept that in the changed circumstances of today, the renewable energy target is causing pretty significant price pressure in the system and we ought to be an affordable energy superpower,” Abbott said around Christmas. “Cheap energy ought to be one of our comparative advantages … what we will be looking at is what we need to do to get power prices down significantly.”

Abbott said he would work with Maurice Newman, chairman of his business advisory council, to find a solution. Newman said the RET should be scrapped months before Abbott won the election.

According to the Australian Energy Market Commission, the RET has increased retail energy prices by 3.5 percent.

“If the RET is unchanged, an additional 8,000 solar PV jobs are expected to be created by 2018,” Grimes wrote in January.

“Don’t smash an industry that will help 1.5 million more Australians go solar in the next 2 years.”