Why Are Facebook and Google Members of ALEC? Even Top Officials at These Companies Can’t Explain 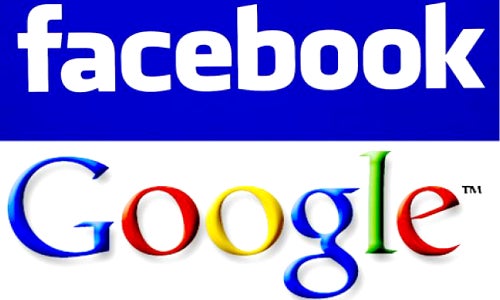 Their memberships are so confounding, even representatives from Facebook and Google can’t explain them.

The two web companies have become corporate leaders in renewable energy investments, powering data centers with wind and funding green projects around the globe. So why, then, are they members of the American Legislative Exchange Council (ALEC)—a group mostly consisting of fossil fuel firms with open opposition to the growing renewables sector?

Facebook’s Sustainability Team leader Bill Weihl and Gary Demasi, director of global infrastructure at Google, were both asked that question at the recent Greening The Internet: How Leading Companies are Building a Green Web event in San Francisco, CA, but didn’t really address the clear contradiction within.

“We’re not an advocacy or a single-issue organization. We’re a company,” Weihl told Hill Heat‘s Brad Johnson. “We are members of many different organizations, [ALEC] included.

“We don’t necessarily agree with everything that these organizations say and certainly individual employees may not, but we do an enormous amount of good and we’re really proud of the work we’ve done through other organizations. We work with Greenpeace, BSR, WRI, WWF, etc.”

Google’s $1 billion-plus investments in renewable energy projects are as well-documented as the interests of ALEC’s board, which includes the likes of  Koch Industries and Exxon Mobil. Demasi said he has input in Goolge’s policy discussions, but doesn’t control its policy arm.

Pushed more by Johnson, Weihl said he wasn’t sure why Facebook joined ALEC this year and that he couldn’t comment any further.

The moderator decided to move on to another topic before Demasi could provide a more detailed response for Google.