Why a Rockefeller Donated $400,000 in Exxon Shares to Nonprofits Fighting Climate Denial 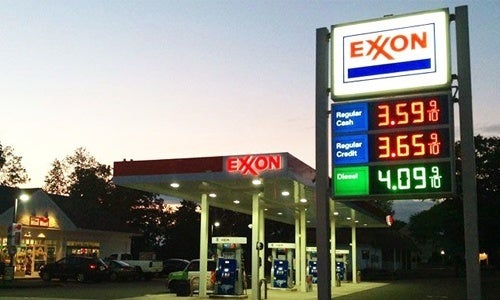 Divesting shares from companies or even nations involved in reprehensible practices has a long history. In the 1960s, a divestment movement emerged to protest South Africa, ultimately playing a key role in the ultimate dismantling of the country’s apartheid system. Today, nations such as Iran, Israel, Northern Ireland, Myanmar and Sudan are targets of similar divestment campaigns. 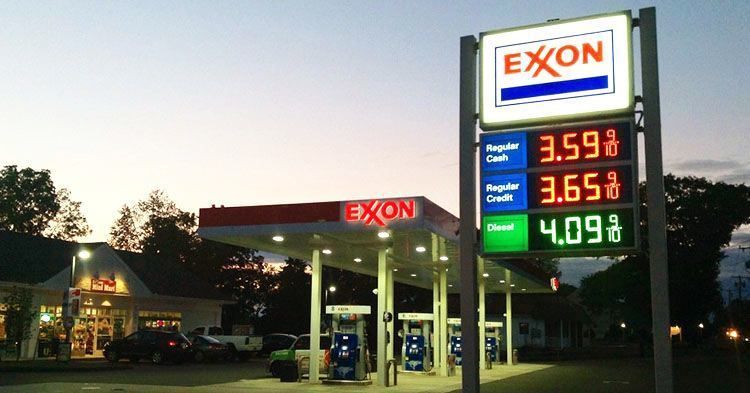 In the corporate world, no other sector has been targeted so heavily by an international divestment campaign as the fossil fuel industry. Photo credit: Mike Mozart / Flickr

In the corporate world, no other sector has been targeted so heavily by an international divestment campaign as the fossil fuel industry. Aided by the well-established climate movement and a deeply ingrained public awareness of how burning oil and gas contributes greatly to climate change, the fossil fuel divestment movement has been steadily growing, with universities, foundations, pension funds and individual investors dumping their shares in Big Oil. At COP21, the climate summit held in Paris in December, 350.org and Divest-Invest, two organizations coordinating the movement, reported that 500 institutions representing more than $3.4 trillion in assets have made some form of divestment commitment.

The movement isn’t lacking for star power, with Hollywood stars like Tilda Swinton and Leonardo DiCaprio joining political leaders like Desmond Tutu and President Barack Obama offering their support. Now, the movement has a compelling new advocate: Neva Rockefeller Goodwin, who serves as the co-director of the Global Development and Environment Institute at Tufts University. But it’s not Goodwin’s academic background that makes her unique; it’s the fact that she’s the great-granddaughter of John D. Rockefeller Sr., founder of the American oil giant Standard Oil Company, out of which ExxonMobil, the world’s largest publicly traded international oil and gas company, was born.

Goodwin recently decided to gift her $400,000 shares of ExxonMobil to nonprofits so the proceeds can be used to fight climate change and climate denial. Her decision was prompted by the findings of two independent investigations by InsideClimate News and the Los Angeles Times into Exxon’s climate change coverup. In 1977 ExxonMobil’s own climate science team reached the conclusion that burning of fossil fuels would not only have a “catastrophic” impact on our planet but also pose a financial risk to Exxon’s financial stability in the future.

In November, New York State Attorney General Eric Schneiderman launched an investigation into ExxonMobil to determine if ExxonMobil lied to the public or investors about the risks of climate change to its future business. In January, California’s Attorney General, Kamala D. Harris, threw her state into the ring with a similar investigation, suggesting that other states may follow Schneiderman’s lead, possibly expanding the probe into other fossil fuel companies. The growing inquiry has been already been compared to the lawsuits that have bedeviled tobacco companies, which concealed from the public research conducted in the 1950s and ’60s into the health effects of smoking cigarettes.

I had a chance to ask Goodwin some questions about her decision and her thoughts about the growing divestment movement and the future of fossil fuel.

Reynard Loki: You decided to divest your ExxonMobil shares after reading about two independent investigations by InsideClimate News and the Los Angeles Times. Were those stories the first you had heard about ExxonMobil’s potential fraud? What was your initial reaction?

Neva Rockefeller Goodwin: Yes, those were the first data I had encountered about the company’s scientific investigations several decades ago. I was pretty stunned. I had had interactions with the company over more than a decade, including a lunch with Lee Raymond, Rex Tillerson and my father in 2006. I guess I’m naïve. I believed, based on what I understood of the science, that the company’s stance on climate change was simply incorrect; I had not assumed that they were lying.