Who's Really to Blame for High Gas Prices? 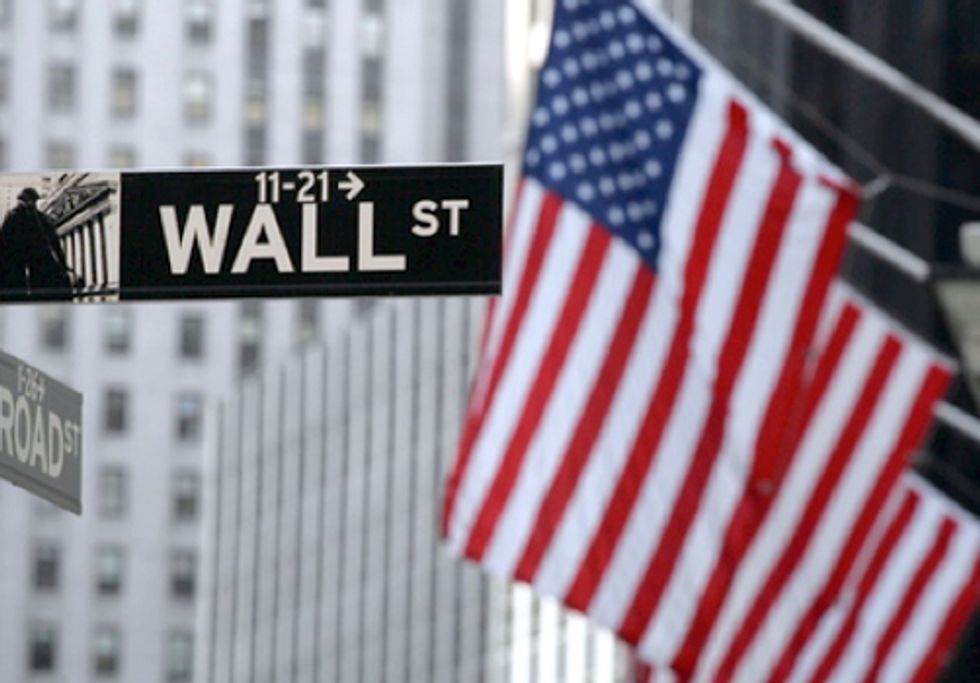 As the national average for gas prices pushes closer and closer towards $4 a gallon, Republicans have wasted no time in attempting to convince the public that President Obama and his “hostility” towards the oil industry is the reason we’re feeling the squeeze at the pump.

Despite the need for domestic energy, he closed federal lands to drilling and mocked those who call for more oil production.

He killed the Keystone XL pipeline project, blocking an affordable, reliable source of energy—and jobs. Now, that oil will likely be sold to China instead of the United States. And we will continue to import from unstable regions in the world instead of Canada.

The president should welcome Keystone. He should open up energy production onshore and offshore, and he should end his efforts to increase taxes and onerous regulations on American energy.

Obama’s decisions have cost us—and not just at the pump. With the stimulus, he gambled billions in taxpayer money on green energy companies like Solyndra, the now-bankrupt California-based solar energy company. Solyndra’s bankruptcy has left taxpayers on the hook for over half a billion dollars and put 1,100 employees out of work.

For three years, the president has done nothing meaningful to keep energy prices low, and now that Americans are feeling the pain at the pump, they are rightfully going to hold him accountable.

Not only are these allegations simply not true, they also demonstrate a complete lack of knowledge about oil and gas prices—but we’ll get to that shortly. The claims made by Preibus—that Obama has been hostile towards the oil industry and is restricting drilling—have been debunked by media outlets across America.

The truth is that oil drilling is currently at a fevered pitch in the U.S., and so are industry profits. But the GOP preys on low-information voters, claiming that President Obama is keeping gas prices high is a “fact” that most Fox News viewers or their Web visitors will not bother to double-check.

Additionally, if we were to open up all of the lands the Republicans want for oil drilling, they conveniently ignore the fact that the oil pumped out of the United States’ soil usually gets shipped to emerging markets in China and India. In short, we don’t even keep the oil we’re pumping from U.S. soil.

For a party that has pledged its undying love to the “free market,” they seem to be completely ignorant as to how the market actually works when it comes to oil prices. Let’s start by taking it down its most simplistic concept—supply and demand. If demand is low and supply is high, prices of goods in the free market will fall. When demand is high and supply is low, prices rise.

However, when it comes to oil, there is no shortage of supply, yet prices continue to rise. In fact, oil prices don’t follow the typical economic principles. And when anomalies like this occur, it activates the imagination of American voters.

In election years in the U.S., gas prices tend to rise at the start of the year, then fall as the election approaches. Conspiracy theories abound online telling us that one party or the other, or the oil industry itself, manipulates the price of oil during election years to either raise or bury the issue of oil drilling.

They also claim that it helps shift peoples’ focus from economic issues—if gas prices fall before an election, peoples’ minds become at ease on the issue, and their economic concerns are lessened.

The truth is that the only thing that can really have an impact on gas prices is the “free market.” In the run-up to an election, uncertainty creeps into Wall Street, which usually causes markets to slow down. When markets slow or fall, commodity prices fall—this includes gasoline and oil. Uncertainty comes from weary businesses and traders who don’t know which party will run the country in the near future, or what policies a new administration might enact. That helps explain the sudden drop as elections approach.

But the free market affects the price of oil in numerous other ways as well, and it can be easily manipulated. One of those ways, and one that Congress is trying to end, is through oil speculation. Sen. Bernie Sanders (I-VT) is hoping to end the practice of oil speculation, and recently wrote at CNN.com:

Forget what you may have read about the laws of supply and demand. Oil and gas prices have almost nothing to do with economic fundamentals. According to the Energy Information Administration, the supply of oil and gasoline is higher today than it was three years ago, when the national average for a gallon of gasoline was just $1.90. Meanwhile, the demand for oil in the U.S. is at its lowest level since April of 1997.

Is Big Oil to blame? Sure. Partly…

But…The culprit is Wall Street. Speculators are raking in profits by gambling in the loosely regulated commodity markets for gas and oil.

Today, Wall Street speculators control nearly 80 percent of this market. Many of those people buying and selling oil in the commodity markets will never use a drop of this oil. They are not airlines or trucking companies who will use the fuel in the future. The only function of the speculators in this process is to make as much money as they can, as quickly as they can.

I've seen the raw documents that prove the role of speculators. Commodity Futures Trading Commission records showed that in the summer of 2008, when gas prices spiked to more than $4 a gallon, speculators overwhelmingly controlled the crude oil futures market. The commission, which supposedly represents the interests of the American people, had kept the information hidden from the public for nearly three years. That alone is an outrage. The American people had a right to know exactly who caused gas prices to skyrocket in 2008 and who is causing them to spike today.

And there are still other ways in which the market can be manipulated. As Lee Fang of Republic Report pointed out many months ago (at Think Progress,) oil companies like Koch Industries will actually hold their oil reserves offshore, waiting for the price of oil to rise. Once the price reaches the desired price, companies will bring their oil back onto American shores and sell it at the higher price, resulting in higher gasoline prices.

Despite what Republicans, or conspiracy theorists, would have us believe, there is little that any sitting president can do to lower gasoline prices for American consumers. The only thing that could lower our prices at the pump would also lower industry profits—for example, regulating the speculation of oil prices. And for an industry that has spent almost $300 million on lobbying and campaign donations in the last 22 years, any attempt to lower their bottom line is going to be met with fierce opposition.