Who Will Succeed Warren Buffett? Will He Commit to Clean Energy? 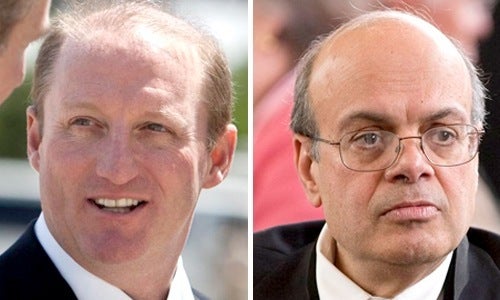 Greg Abel, a potential successor to Warren Buffett, is in the hot seat. As the CEO of Berkshire Hathaway Energy, he will decide how one of America’s biggest utilities will meet the challenge of climate disruption and whether the companies he manages will remain stuck on polluting, outdated coal or commit to clean energy. 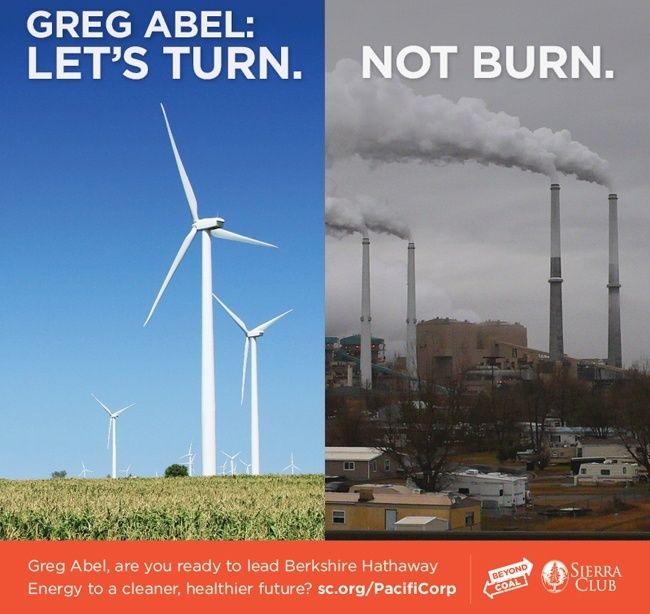 As Berkshire Hathaway shareholders reflect on the company’s successes during their 50th annual shareholders’ meeting this weekend, they should consider the two very different visions of the future being pursued by Berkshire Hathaway Energy subsidiaries, MidAmerican Energy and PacifiCorp. MidAmerican is investing billions into clean energy technologies, such as wind and solar. At the same time, PacifiCorp is spending billions to prop up its aging fleet of coal-fired power plants. Even as Americans call for climate action, and new carbon limits make coal plants an increasingly risky investment, PacifiCorp is failing to move forward.

Greg Abel has the opportunity and responsibility to lead PacifiCorp on a better path. To protect public health and the climate, Abel must move PacifiCorp from coal to clean energy.

PacifiCorp is one of the nation’s most polluting utility companies. It is the largest owner of coal-fired generation in the West, with about 77 percent of its power coming from coal plants, and less than 10 percent from clean energy. In 2013, PacifiCorp emitted 48 million tons of carbon emissions, equal to the annual pollution from more than ten million cars.

PacifiCorp has already sunk billions of dollars into its aging coal-fired power plants, and plans to spend anywhere from a half billion to a billion dollars over the next decade to maintain six more. Meanwhile, the utility hasn’t committed to building a single new solar or wind project at any time over the next ten years.

PacifiCorp is not just neglecting clean energy— it’s in the hot seat. It is actively doubling down on coal. PacifiCorp showcased its stubborn commitment to coal dependence last fall by sponsoring a Coal and Fossil Fuel Rally in Price, Utah. Rally organizers handed out t-shirts that read: “I Love Fossil Fuels” and sent a message that they were sticking with coal. PacifiCorp, operating as Rocky Mountain Power in Utah, is a platinum-level sponsor of the South Eastern Utah Energy Producers Association, one of the primary sponsors behind the rally. This is not leadership. This is a utility clinging to the past and avoiding the challenge of responsibly transitioning to clean energy.

In contrast, MidAmerican Energy is aggressively moving toward renewable energy. The company is on track to get more than 40 percent of its energy from wind power by the end of 2015, and was one of the top U.S. investors in solar power last year. Investments in clean energy mean that, by the end of 2015, MidAmerican will have about 3.5 gigawatts of wind capacity installed in Iowa, powering over a million homes, and supplying clean energy to new data centers for Google and Facebook.

Abel has yet to take a public stance on clean energy, but his choices are clear. He can let his biggest utility remain tethered to coal, and the dirty and dangerous pollution that comes with it. Or he can show that he’s ready to lead by moving all of his utilities to clean energy and embracing a better, safer vision of the future. When Berkshire Hathaway celebrates its next milestone anniversary, the world will be happy he made the right choice.

Bill Corcoran directs the Sierra Club’s Beyond Coal Campaign across the West.