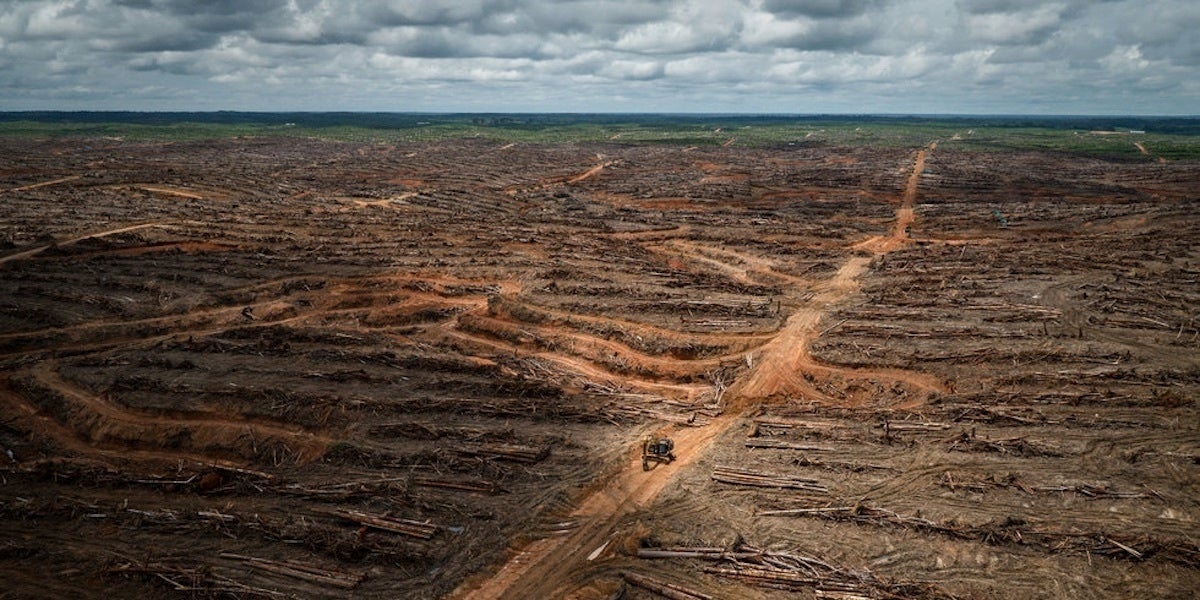 The World Health Organization (WHO) on Monday announced an initiative to ban artificial trans fats from the global food supply by 2023. This goal is a worthy endeavor, as the intake of trans fats has led to the deaths of 500,000 people from cardiovascular disease per year, according to WHO estimates.

However, if governments adopt this measure, it could inadvertently ramp up the use of an environmentally destructive replacement—unsustainable palm oil.

Artificial trans fats are usually made by “hydrogenating” vegetable oils, which turns them solid at room temperature and increases shelf life. Palm oil has many similar qualities that food manufacturers like, including low costs, shelf-stability and a creamy texture.

Palm oil is now one of the most widely consumed vegetable oils on Earth, and lurks in everyday foods where trans fats used to be.

“Companies often use palm oil as a replacement for partially hydrogenated vegetable fats,” Laure d’Astorg, secretary general of the French Alliance for Sustainable Palm Oil said, as quoted by Mongabay.

D’Astorg added that it is a “much healthier substitute.”

The decreasing use of partially hydrogenated vegetable oils has already been linked to a boom in palm oil imports to the U.S. According to the Union of Concerned Scientists, in 2012, U.S. imported around seven times as much palm oil as it had in 1999, the year the FDA first proposed mandatory labeling. The U.S. palm oil market is set to increase 20 percent per year, Mongabay reported.

Unfortunately, palm oil is also one of the world’s leading drivers of deforestation, especially in Indonesia and Malaysia. Production has destroyed habitats of endangered species, displaced indigenous communities, and caused destruction of peatlands that emit climate-warming carbon dioxide.

The New York Times editorial board on Monday welcomed the WHO’s push to eliminate trans fats as a measure that will save countless lives.

“Governments will have to take care in phasing out trans fats, because some alternatives could cause other problems,” the board wrote.

We asked major consumer brands like @PepsiCo and @Nestle to confirm they were making good on their commitments to stop buying #palmoil from companies that destroy forests. This footage reveals how far behind they really are. #EndDeforestation @EcoWatch https://t.co/G31dPDDBkd