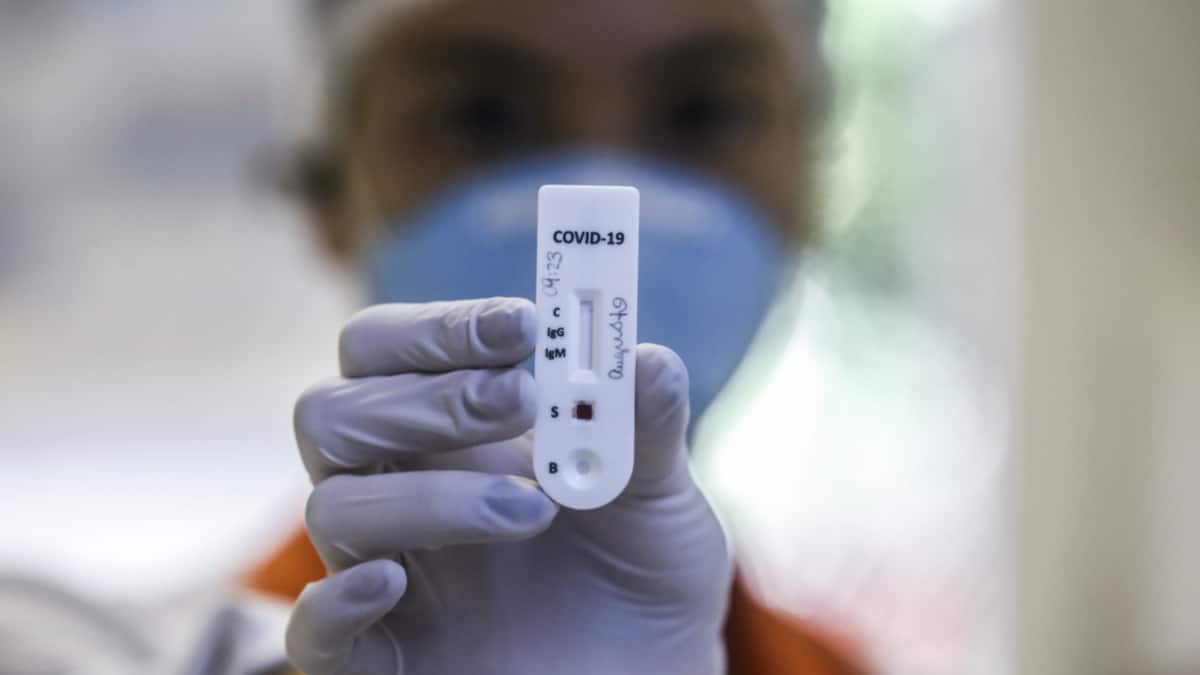 A health care worker holds a test for patients suspected of being infected with coronavirus at the Center Health Vicoso Jardim on April 30, 2020 in Niteroi, Brazil. Luis Alvarenga / Getty Images

The World Health Organization, along with its global partners in the fight against the COVID-19 pandemic, has announced that it will provide 120 million rapid-diagnostic antigen tests to people in lower- and middle-income countries over the next six months. The tests represent a “massive increase” in testing worldwide, according to the Global Fund, a partnership that works to end epidemics.

“We have an agreement, we have seed funding and now we need the full amount of funds to buy these tests,” said WHO Director-General Tedros Adhanom Ghebreyesus on Monday, without providing further details. The program will initially require 0 million and is planned to start as early as October.

This mass testing campaign is part of a global initiative launched in April by the WHO, the European Commission, the Bill & Melinda Gates Foundation and the French government. Additional partner organizations include the Global Fund, the Africa Centers for Disease Control and Prevention, the Clinton Health Access Initiative, the Foundation for Innovative New Diagnostics (FIND) and Unitaid.

The test manufacturers, South Korea’s SD BioSensor and U.S.-based Abbott Laboratories, have agreed to provide 20% of their test kits to lower- and middle-income countries. The remainder will be made available to wealthier nations, some of whom are helping to finance the test drive. Germany, for example, has already ordered some 20 million test kits.

“These tests provide reliable results in approximately 15 to 30 minutes, rather than hours or days, at a lower price with less sophisticated equipment,” said WHO head Tedros, adding that the tests would cost as little as each, and could become cheaper still. He said the rapid tests would help expand testing to hard-to-reach areas which aren’t as well-equipped, or which are lacking trained health workers.

“High-quality rapid tests show us where the virus is hiding, which is key to quickly tracing and isolating contacts and breaking the chains of transmission,” said Tedros. “The tests are a critical tool for governments as they look to reopen economies and ultimately save both lives and livelihoods.”

Catharina Boehme, head of FIND, also welcomed the widespread rollout of cheap test kits. “This really shows what can be achieved when the world and leading global health partners come together with a common priority,” she said.

How Do COVID-19 Antigen Tests Work?

Rapid antigen tests target virus proteins, and somewhat resemble pregnancy tests. They aren’t yet available at pharmacies and can only be administered by trained medical personnel. With a nasal or throat swab, testers can find out within approximately 15 minutes whether a patient has contracted the SARS-CoV-2 virus and is infectious and must be quarantined.

The advantage of rapid antigen tests is that they can be conducted quickly and on the spot.

It’s hoped that this will help save the lives of thousands of people and slow the spread of the pandemic in the world’s poorest countries. Rapid antigen tests can be used to carry out mass screenings among health care workers in low-income countries, who are at greater risk of death from COVID-19. These tests could also be used in schools, in the workplace and in nursing and retirement homes.

The major disadvantage of rapid antigen tests is that they’re less reliable than PCR tests, which are conducted in labs and designed to detect the virus’ genetic material. Rapid antigen tests may also be less effective in detecting infections in the early stages.

Still, a growing number of medical experts are backing the mass rollout of antigen tests, as they allow infected people to be identified even before they show symptoms, when individuals have a high viral load and are especially infectious.

Not All Rapid Test Kits Are Reliable

Hundreds of rapid COVID-19 test kits have come on the market recently. Many of them are reliable, but not all. In March, for example, Spain sent back two batches of unlicensed Chinese test kits because they were flawed.

The European Center for Disease Prevention and Control has pointed out that even though many tests have been approved for sale on the European market, very few clinical studies show whether they are actually effective.

The 120 million test kits set to be rolled out by the WHO are the first to meet all of the organization’s standards; test makers SD BioSensor and Abbott were granted emergency approval by the WHO last week.

The manufacturers claim their tests are up to 97% reliable in lab conditions; in the real world, the tests are said to be between 80% and 90% reliable. While this is good, it also means some 20% of patients will receive negative results despite being infected, which could lead to further spread of the virus.

What Are the Alternatives to Antigen Tests?

Rapid antigen tests are ideal to test scores of patients quickly, simply and cheaply. Lab-based PCR tests, however, are superior in terms of reliability.

The PCR test detects genetic material, or RNA, from the SARS-CoV-2 virus. Patients are asked to provide a throat swab. One part of the person’s genetic material is then synthesized, after which a biochemical process known as agarose gel electrophoresis is used to detect if the sample contains virus RNA. These tests are highly reliable but can only be conducted in specialized labs.

Serologic testing, on the other hand, detects antibodies in a person’s blood that form when the immune system responds to a certain pathogen. This indicates that a person has already been exposed to the virus. While quick test kits are available for this method, these are mainly used for scientific studies.