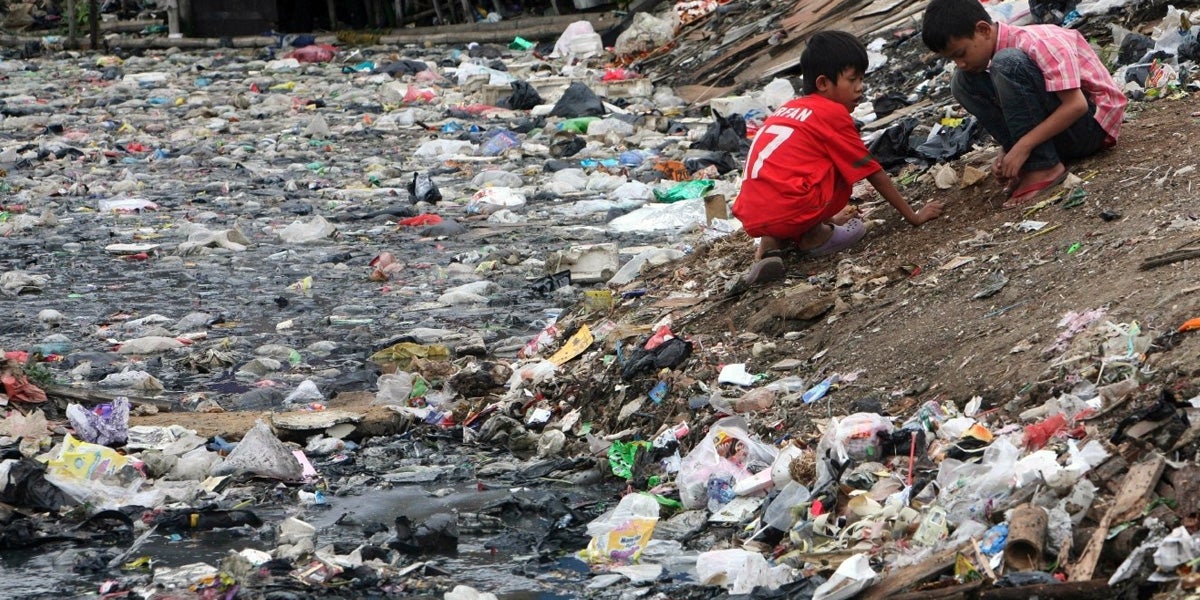 Underscoring the dangers of U.S. President Trump’s broad attacks on air and water regulations, a pair of reports published by the World Health Organization (WHO) on Monday revealed that one in four young children die each year as a result of unhealthy environments.

This interactive map shows if your drinking water is at risk from Trump's executive order. https://t.co/QsvvhOn2JA via @EcoWatch

“A polluted environment is a deadly one—particularly for young children,” said WHO Director-General Dr. Margaret Chan in a press statement on Monday. “Their developing organs and immune systems and smaller bodies and airways, make them especially vulnerable to dirty air and water.”

Beginning in utero, children are exposed to harmful environmental risks. According to the studies, roughly 1.7 million children under the age of 5 die each year from factors that could have been prevented through addressing environmental risks, which WHO called “a shocking missed opportunity.”

Each year 1.7 million deaths of children under 5 years old are linked to the environment https://t.co/K7JUBTTz5j #EnvironmentalHealth pic.twitter.com/xKaoIE8eF6

The first study, Inheriting a Sustainable World: Atlas on Children’s Health and the Environment, provides a detailed update on a similar 2004 study, now incorporating some of the latest factors that affect children’s health, including “increasing urbanization, industrialization, globalization and climate change.”

A companion report delves into the details of environment-related death statistics. Among the known threats that kill hundreds of thousands of children each year, the studies found:

Less is known about the impact of emerging environmental hazards, which include exposure to chemicals, electronic waste and climate change.

WHO notes that the toxicity of many chemicals “is not well understood,” nor adequately assessed by regulators. “Chemicals from pesticides, plastics and other manufactured goods, as well as from environmental contamination, eventually find their way into the food chain,” the health atlas notes. “These include arsenic, fluoride, lead, mercury, polybrominated diphenyl ethers, polychlorinated biphenyls and persistent organic pollutants, among others.”

The report also warns that climate change is “one of the greatest new threats to children’s environmental health,” with higher levels of atmospheric carbon increasing rates of asthma and warming temperatures extending the range of infectious diseases. Further, WHO observes that on a hotter planet “[d]isruption to fresh water supplies and food crop harvests will exacerbate malnutrition and stunting,” while “[m]ore frequent heat waves will put children at risk of heat stress, renal disease and respiratory illness.”

Global efforts to stymie climate change are currently under threat due to President Trump’s repeated promise to withdraw the U.S. from the Paris climate agreement.

Further, these shocking statistics come amid a concerted regulatory rollback in the U.S. on the part of the Trump administration, which is poised to gut regulations on vehicle emissions and has already undercut a rule that protects drinking water, another that required fossil fuel companies to report how much toxic methane they release into the environment and yet another that prevented mining companies from dumping coal waste into waterways.

And that’s not all. The president has vowed to “cut regulations by 75 percent, maybe more,” which many have warned will have a massive toll on the nation’s public health.

“A polluted environment,” Dr. Maria Neira, director at WHO’s Department of Public Health, Environmental and Social Determinants of Health, said Monday, “results in a heavy toll on the health of our children.”