Who Pays the Cost of Fracking? 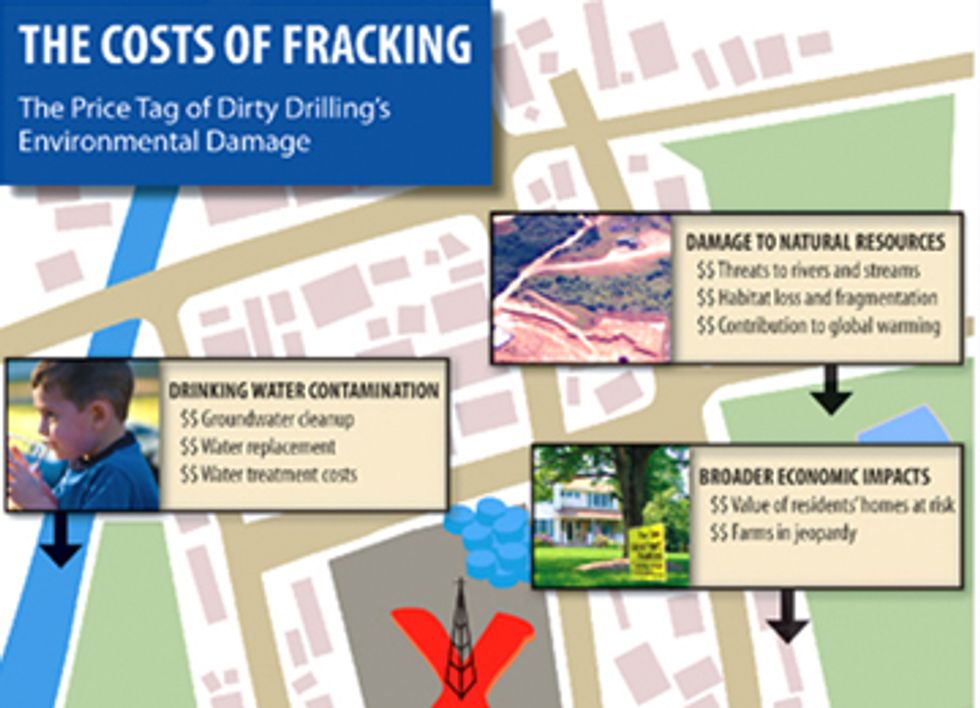 Raising new concerns about a little-examined dimension of the fracking debate, Environment America Research & Policy Center today released a report analyzing state and federal financial assurance requirements for oil and gas drilling operations. As fracking expands at a frenzied pace in several states and federal officials consider allowing fracking near national parks and forests and key drinking water sources, Who Pays the Costs of Fracking? reveals current bonding requirements are inadequate to cover the costs of damage from gas drilling.

Just reclaiming a fracking site can cost hundreds of thousands of dollars, and the damage done by fracking—from contaminated groundwater to ruined roads—can cost millions of dollars. But today’s report shows that:

“This appalling lack of financial assurance dramatically increases the risks that our communities, our drinking water and our natural heritage face from fracking,” observed John Rumpler, senior attorney with Environment America Research & Policy Center and a co-author of the report.

Today’s report comes as the oil and gas industry is seeking to frack in several national forests and other sources of drinking water for millions of Americans—including George Washington National Forest in Virginia, White River National Forest in Colorado, Otero Mesa in New Mexico, Wayne National Forest in Ohio and the Delaware River Basin.

“It’s bad enough to think that fracking could pollute major sources of drinking water,” said Rumpler. “The fact that we could wind up paying the clean-up bill as well just adds insult to injury.”

Environment America is urging the BLM to implement a key recommendation of the administration’s advisory panel on fracking, which is the “preservation of unique and/or sensitive areas as off limits to drilling ...”

The report shows that financial assurance requirements at the state-level are also quite weak in areas at the center of the current fracking boom—including in Colorado, New Mexico, Ohio and Pennsylvania.

Of particular concern for financial accountability are the long-term costs of fracking. According to the report, across the nation by 2006 there were already 59,000 abandoned oil and gas wells and at least another 90,000 whose status is unknown. The potential cost for just plugging these wells exceeds $780 billion.

“From coal to oil to mining, we’ve seen every boom of extraction leave a legacy of pollution that future generations are left to grapple with,” observed Rumpler. “Weak financial assurance requirements virtually guarantee the same fate wherever fracking is allowed.”

SHARE YOUR THOUGHTS BELOW: How do we get these companies to clean up the cost of their contamination?