WHO Expert Warns Coronavirus ‘May Never Go Away’ 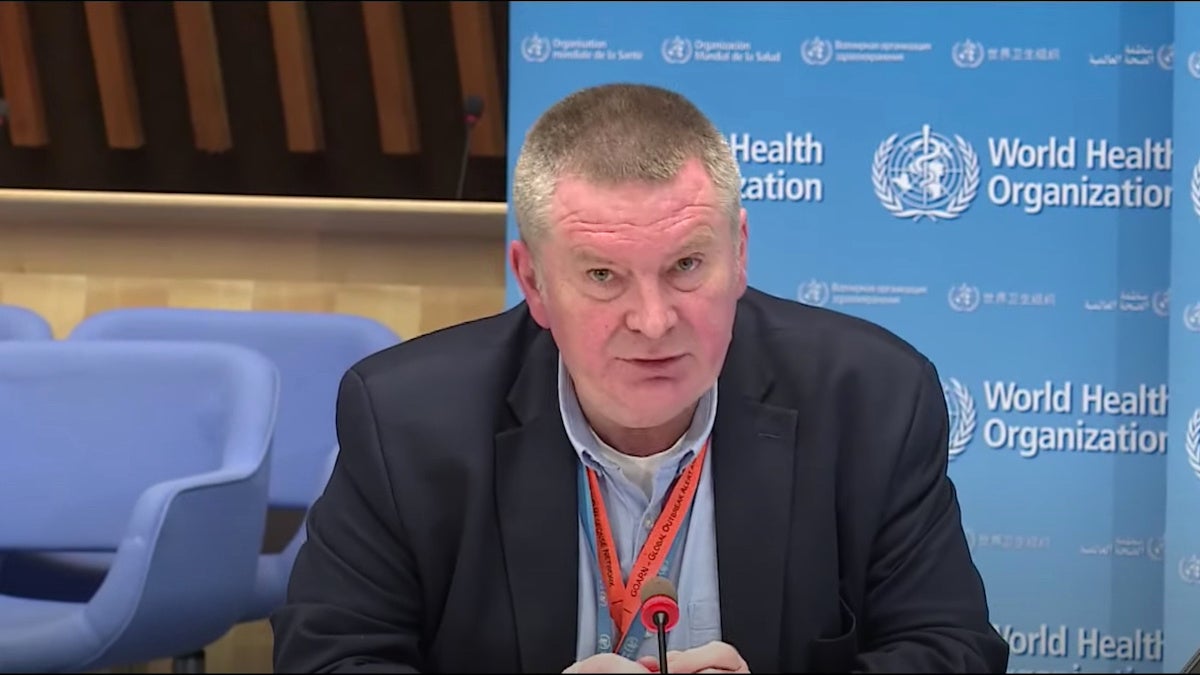 Mike Ryan speaks at a WHO media briefing on COVID-19 on May 12, 2020. World Health Organization / YouTube

Many people are anxious to know when life will return to normal after the emergence of the new coronavirus, but a top World Health Organization (WHO) official warned that we may never be rid of the new disease.

“This virus may become just another endemic virus in our communities, and this virus may never go away,” WHO health emergencies program leader Mike Ryan said at a Wednesday news briefing reported by The New York Times. “H.I.V. has not gone away but we’ve come to terms with the virus and we have found the therapies and we have found the prevention methods, and people don’t feel as scared as they did before.”

Many people have pinned their hopes on a vaccine, and there are currently more than 100 in development, according to Reuters. But health experts have said that it can be difficult to find vaccines for coronaviruses, and Ryan described a vaccine as a “massive moonshot.”

He also noted that many diseases for which vaccines exist continue to spread, such as measles.

“[W]e have some perfectly effective vaccines on this planet that we have not used effectively for diseases we could have eradicated,” he said, according to The New York Times.

He also said that it could take a long time for anything approaching herd immunity to develop, since relatively few people had caught the virus.

“I think it is important we are realistic and I don’t think anyone can predict when this disease will disappear,” he said, according to Reuters. “I think there are no promises in this and there are no dates. This disease may settle into a long problem, or it may not be.”

WHO Director General Tedros Adhanom Ghebreyesus also spoke and urged everyone to do all they could to fight the spread of the virus that causes COVID-19.

“The trajectory is in our hands, and it’s everybody’s business, and we should all contribute to stop this pandemic,” he said.

At the same time, the agency warned of a mental health crisis as people around the world deal with the anxiety and loneliness caused by the disease and subsequent social distancing measures.

“The isolation, the fear, the uncertainty, the economic turmoil – they all cause or could cause psychological distress,” WHO mental health department director Devora Kestel said, as The Guardian reported.

In a report to the UN, her department warned of serious mental illness among children, young people and medical workers.

“The mental health and wellbeing of whole societies have been severely impacted by this crisis and are a priority to be addressed urgently,” she said.

As of Thursday morning, the new coronavirus has sickened more than 4.3 million people worldwide and killed almost 300,000, according to data provided by Johns Hopkins. The U.S. and Russia currently lead the world for infections, while the U.S. and the UK have the highest death tolls.