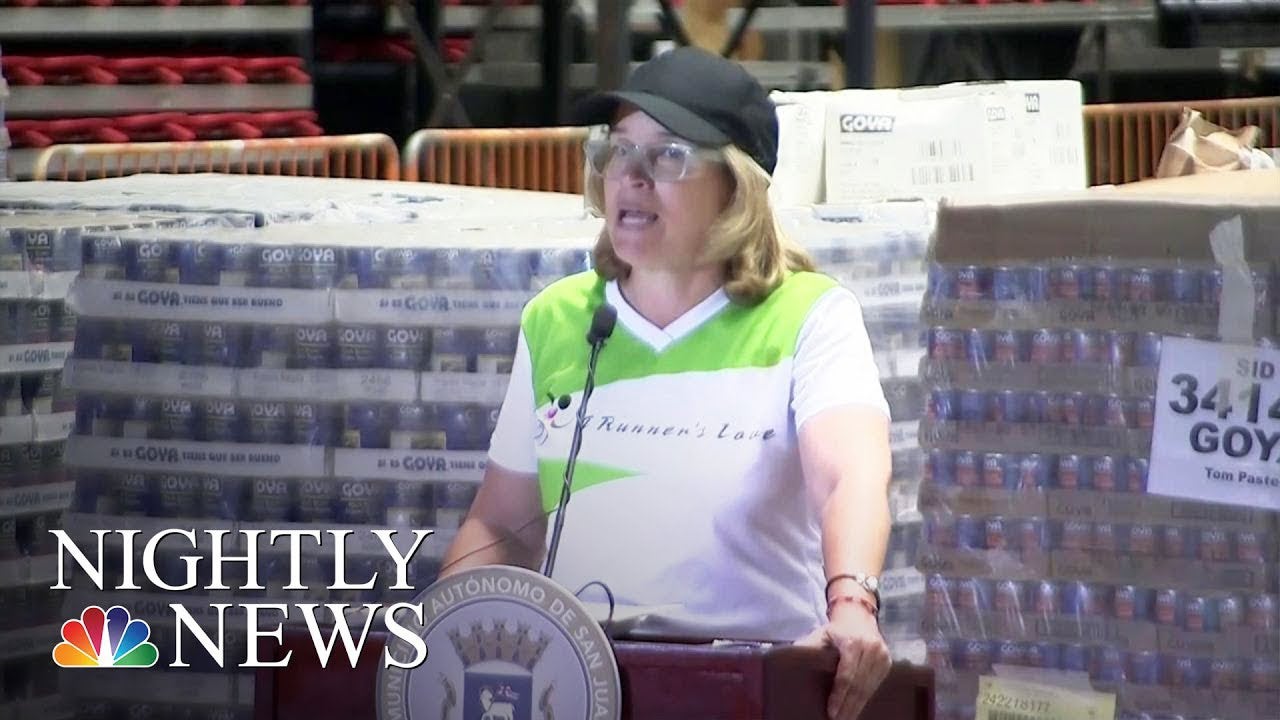 The company tasked with restoring
Puerto Rico‘s electricity grid has apologized after feuding with the mayor of San Juan and threatening to pull its services.

“Mayor Cruz and everyone in Puerto Rico—on behalf of our employees, we would like to apologize for our comments earlier today, which did not represent who we are and how important this work is to help Puerto Rico’s recovery,”
Whitefish Energy tweeted.

“We have a strong team on the ground, we are working hard and making good progress. Our goal is to continue to do all we can to help everyone in Puerto Rico in this time of need.”

Questions have been raised about how the company from Interior Sec. Ryan Zinke‘s Montana hometown landed such a lucrative government bid. Whitefish only employed only two full-time staff members before Hurricane Maria struck Puerto Rico more than a month ago.

The Washington Post reported earlier this week that Whitefish Energy CEO Andy Techmanski has ties to Secretary Zinke. One of Zinke’s sons once worked at one of Techmanski’s construction sites. The secretary’s office and Whitefish deny that the alleged link lead to the contract.

“The contract should be voided right away, and a proper process which is clear, transparent, legal, moral and ethical should take place,” Cruz told Yahoo News Wednesday.

Later on Wednesday, Whitefish replied: “We share the mayor’s frustration with the situation on Puerto Rico, but her comments are misplaced. Whitefish has more than 300 workers on the island and that number is growing daily. We are making progress and doing work when others are not even here. We find her comments to be very disappointing and demoralizing to the hundreds of people on our team that have left their homes and families and have come here to help the people of Puerto Rico.”

Tensions only ramped up from there. Cruz, who has sparred with President Trump over the administration’s hurricane relief efforts, sent off a series of tweets.

“You think I am the only one in the world who has commented on this?” she wrote. “What is it about women having an opinion that irritates some?”

“If @WhitefishEnergy feels that asking for transparency is “misplaced,” what are they afraid we will find,” she added.

Whitefish then shot back, “We’ve got 44 linemen rebuilding power lines in your city & 40 more men just arrived. Do you want us to send them back or keep working?”

We’ve got 44 linemen rebuilding power lines in your city & 40 more men just arrived. Do you want us to send them back or keep working?

The company’s tweet only raised more concerns. “They are threatening not to do their job which frankly is quite irregular for a company hired to the work for the public sector,” Cruz wrote.

Cruz has not issued a direct response but retweeted several posts, including:

You just don't get it. We see you as leaches. Work is "important" for you because it'll make you millionaires while keeping us in the dark. https://t.co/My6Fv6uUet

When are you gonna erase the two offensive tweets? #SorryNotSorry https://t.co/HLmjMkGGgG