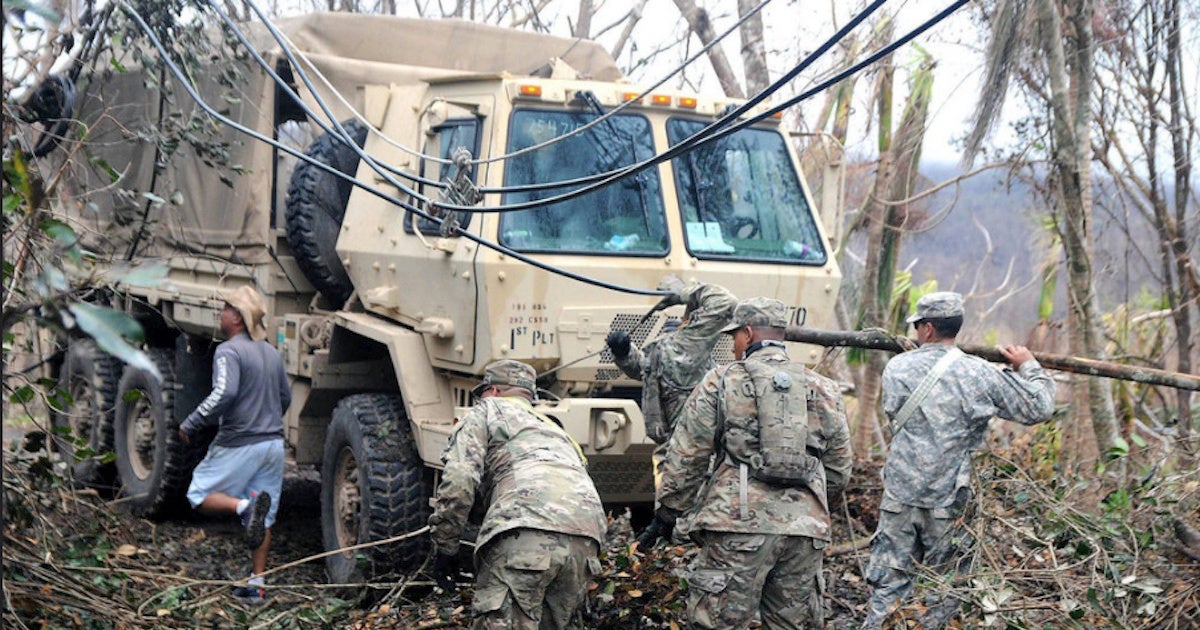 The small Montana-based power company
said it was “very disappointed” with the decision which came after Gov. Ricardo Rosselló called on PREPA to “immediately” cancel the deal.

Many
questions have been raised about how the two-year-old firm from Interior Sec. Ryan Zinke‘s hometown landed such a lucrative, no-bid contract. Whitefish employed only two full-time staff members before the Category 4 storm struck Puerto Rico more than a month ago.

“The decision will only delay what the people of Puerto Rico want and deserve—to have the power restored quickly in the same manner their fellow citizens on the mainland experience after a natural disaster,” Whitefish said in a statement. “We will certainly finish any work that PREPA wants us to complete and stand by our commitments knowing that we made an important contribution to the restoration of the power grid since our arrival on the island on October 2.”

Zinke and the White House have denied playing any role in securing the deal. Whitefish CEO Andy Techmanski, who told NBC News that he first made contact with Puerto Rico officials through LinkedIn, also called it a “witch hunt looking for something that does not exist.”

“You used LinkedIn to get a $300 million contract?”
CEO Whitefish Energy tells @gabegutierrez he found PREPA on LinkedIn pic.twitter.com/Z9gZf6suyY

PREPA CEO Ricardo Ramos
said at a Sunday press conference that the contract is “not canceled as of yet,” as it requires 30 days of prior notice.

Ramos said he will need to talk to Whitefish, noting, “the plan is not to demobilize them either, we will let them finish what they have started.
As of Sunday, less than 30 percent of Puerto Rico’s electricity has been restored.

According to Whitefish, 350 workers have been brought to the island and the company still plans to have 500 total workers this week. It said it had helped restore power to hospitals, businesses and residents of Manati, and will soon complete work on a project to restore power to 500,000 people in the city of San Juan.

“We only wish the best for the great people of
Puerto Rico,” the firm continued it its statement. “We are very proud of our contributions to the island’s recovery and proud of the tremendous work that our team has done under very challenging conditions.”

The controversy is unlikely to go away soon. The House Energy and Commerce and Natural Resources Committees are both investigating the issue.

Eyebrows are
being raised at the contract itself, which allows for unspecified “allowance for profit on work done” in the event of cancellation.

On top of that, government bodies do not have the right to “audit or review the cost and profit elements.”

The Hill reported that FEMA Administrator Brock Long will be testifying at Wednesday’s Homeland Security hearing, where lawmakers are sure to grill officials over the contract as well as the federal government’s broader response to this season’s other devastating hurricanes.

The agency
on Friday said it also had “significant concerns” with the deal—which FEMA has to pay for even though PREPA signed the contract.

“Based on initial review and information from PREPA, FEMA has significant concerns with how PREPA procured this contract and has not confirmed whether the contract prices are reasonable,” FEMA said in its statement.