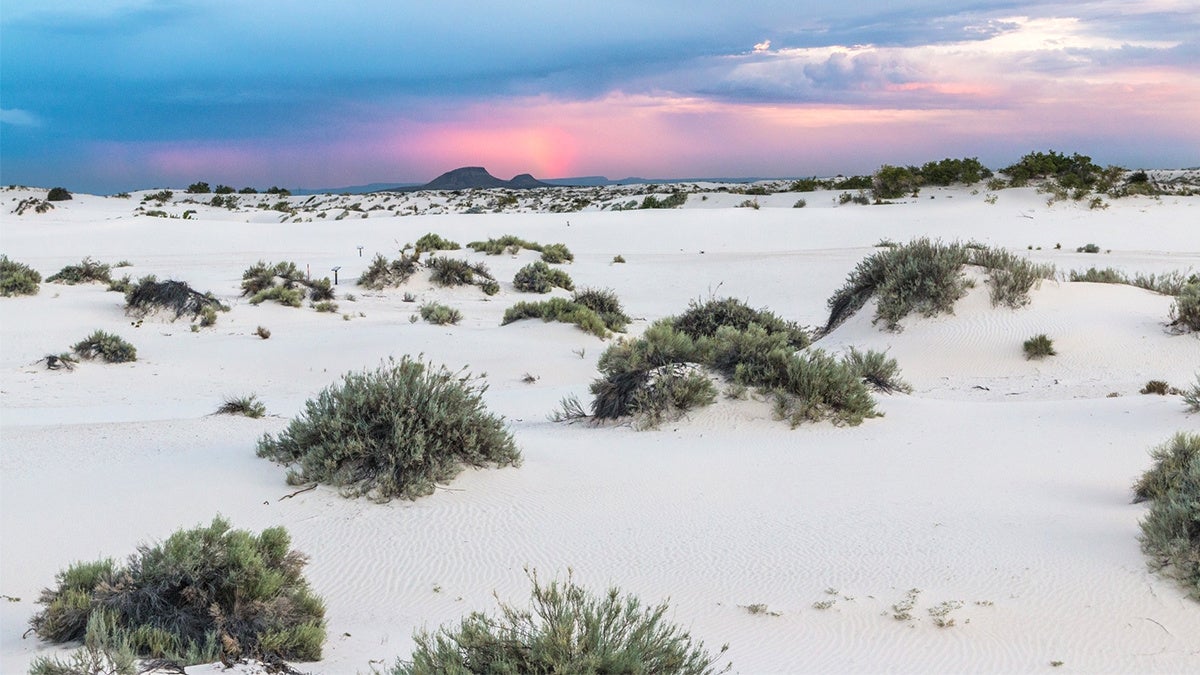 “Our staff are very excited for White Sands to be recognized as a national park and to reintroduce ourselves to the American public,” White Sands National Park Superintendent Marie Sauter said in a park news release. “We are so appreciative of our partners, local communities, and congressional leaders who made this achievement possible and look forward to continued success working together.”

Locals began working to preserve White Sands as a national park more than 100 years ago in order to prevent industry from mining the gypsum, The Associated Press reported. President Herbert Hoover designated it as a national monument in 1933 to preserve “the white sands and additional features of scenic, scientific, and educational interest.”

In addition to its natural wonders, the park also features the world’s largest collection of fossilized footprints from the Ice Age.

Since being designated as a monument, the 275-square miles of dunes have attracted more visitors than any other NPS site in New Mexico, according to Outside. Legislators have now been working to change it to a national park for half a decade.

White Sands attracted more than 600,000 visits in 2017 and generated million in spending in the local economy, according to The Associated Press. Sen. Martin Heinrich (D-N.M.), who advocated for the change, said that making the area a national park would boost the economy even further.

The change in designation will transfer all funding from the former monument to the new park, but the park will only see more funding if it sees an increase in visitors, Outside explained. It is likely it will. A 2018 study found that turning monuments into parks could increase the number of visitors by 21 percent during the first five years after the change and inject .5 million more into the local economy. This is because making a site into a park increases awareness.

“You know, there is no stronger brand in the world than America’s national parks,” Heinrich told Outside.

The designation switch was included in a defense bill because the park borders the White Sands Missile Range (WSMR), a weapons testing area that saw the first detonation of an atomic bomb.

The designation change comes with a land exchange between the new park and the U.S. Army that will allow the Army to better access the test site. This swap will offer two benefits to the new park: It will come out ahead with 2,030 new acres of land, and the area will no longer have to close to visitors for weapons testing drills.

While the dunes are a harsh environment, they are home to more than 800 animal species that have specifically adapted to desert life. Among them are several species that have evolved to be whiter in color to fit in with the gypsum sands. These include the Apache pocket mouse and the bleached earless lizard. The monument-turned-park is also home to 35 species of moths that live only on the dunes. Most of them are white in color, but some may also have evolved because of how the gypsum soils affect the plants they eat.