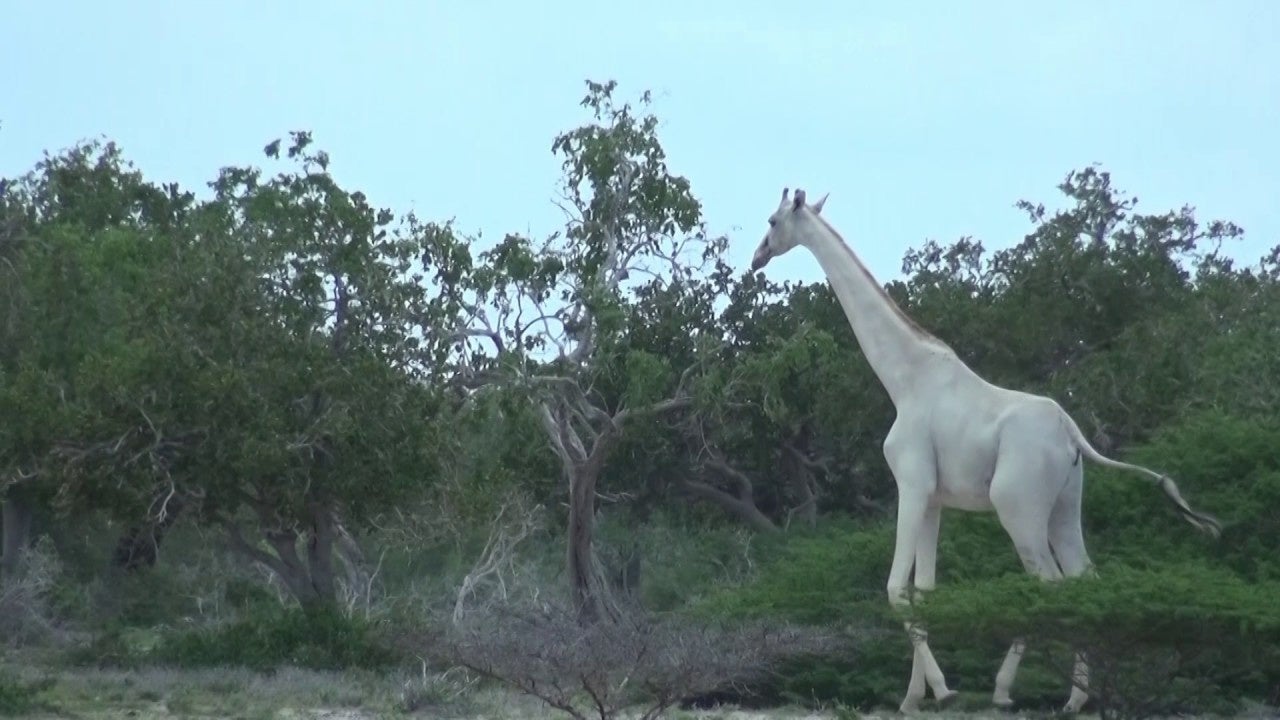 A pair of rare white giraffes met a tragic end when they were slaughtered by poachers in Kenya.

The mother and calf were confirmed dead Tuesday in Ijara, Garissa County by community members and rangers from the Ishaqbini Hirola Community Conservancy, according to a press release.

“This is a very sad day for the community of Ijara and Kenya as a whole,” conservancy manager Mohammed Ahmednoor said in the press release. “We are the only community in the world who are custodians of the white giraffe. Its killing is a blow to tremendous steps taken by the community to conserve rare and unique species, and a wakeup call for continued support to conservation efforts.”

Only one white giraffe is left in the conservancy, a male who is believed to be the only one now living, according to CBS News.

The female white giraffe was first spotted with a pale calf in 2017 by a villager out herding animals, according to The New York Times. It is not known what happened to that first calf, or if its coloring changed as it grew older. But the female gave birth to a second calf, according to CNN, and the rare animals drew visitors to the park and went viral on social media.

The giraffes’ rare coloring was due to a genetic condition called leucism, which stops some skin cells from producing pigment, The New York Times explained. It is different from albinism in that animals with leucism can still produce melanin in their soft tissue, and their eyes are usually dark rather than red. It has been documented in birds, lions, fish, peacocks, penguins, eagles, hippos, moose and snakes, according to BBC News.

“This is a long-term loss given that genetics studies and research, which were significant investment into the area by researchers, have now gone down the drain,” Ahmednoor said in the press release. “Further to this the white giraffe was a big boost to tourism in the area.”

A white giraffe calf was also reported in Tanzania in 2015, according to The New York Times, but CNN reported that it is not known what became of her.

Giraffes in general are threatened by poaching and habitat loss across Africa, where their population has fallen by 40 percent in 30 years, according to the African Wildlife Foundation.