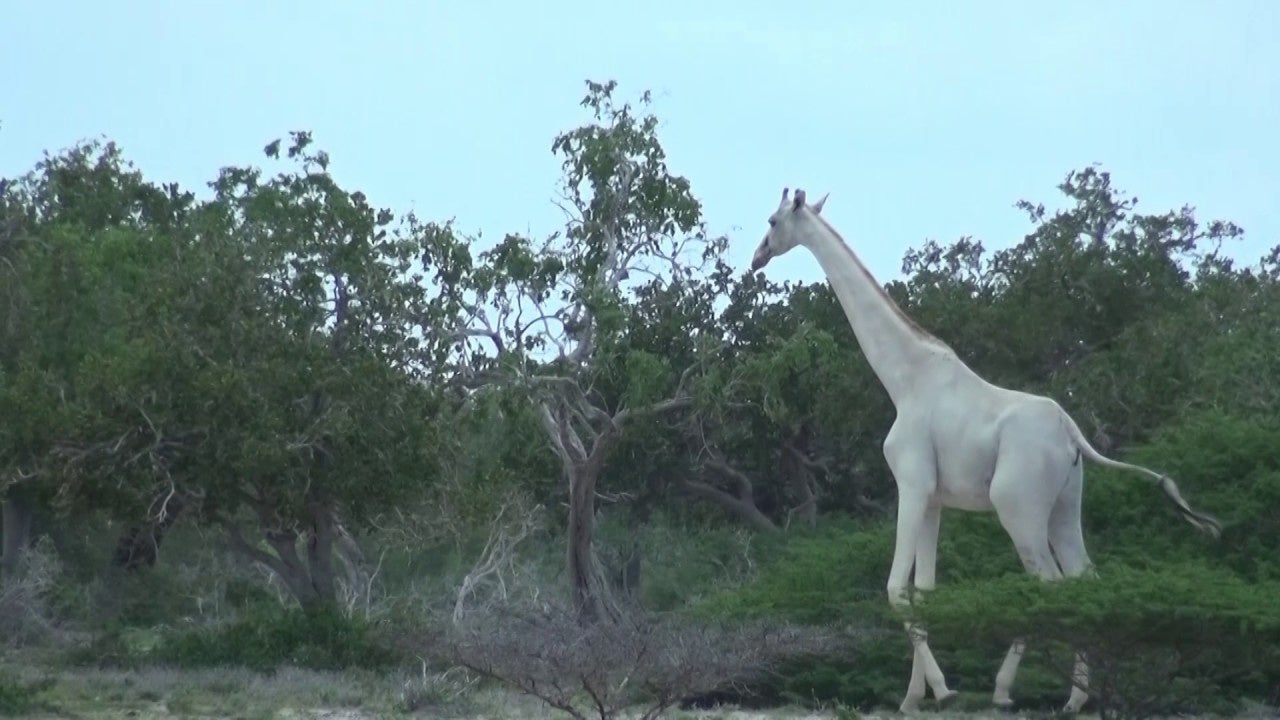 Two white reticulated giraffes, a mother and her calf, were captured on camera at the Ishaqbini Hirola Conservacy in Kenya.

Their creamy coloring is due to a genetic condition called leucism, in which there is partial loss of pigmentation in an animal’s skin, hair, feathers, scales or cuticle, but not the eyes.

The Hirola Conservation Programme, an NGO which manages the area, wrote in a blog post that the giraffes were first spotted by a local villager.

“They were so close and extremely calm and seemed not disturbed by our presence,” the post states. “‘The mother kept pacing back and forth a few yards in front of us while signalling the baby giraffe to hide behind the bushes.”

According to the post, the only two known sightings of white giraffes have been made in Kenya and Tanzania: “The very first reports of a white giraffe in the wild was reported in January 2016 in Tarangire National park, Tanzania; a second sighting was again reported in March 2016 in Ishaqbini conservancy, Garissa county, Kenya.”

Reports say this is the first time these animals have been filmed on camera. The conservancy first shared video on YouTube last month, but the clip is now going viral. YouTube commenters have expressed concern that sharing the animals’ location could attract potential poachers.

It is unknown how many white giraffes roam the Earth, but Africa’s giraffe population as a whole has plunged almost 40 percent in the past 30 years and now stands at just more than 97,000 individuals due to habitat loss, hunting for meat and the international trade in bone carvings and trophies.