Will Climate Change Make White Christmases a Thing of the Past? 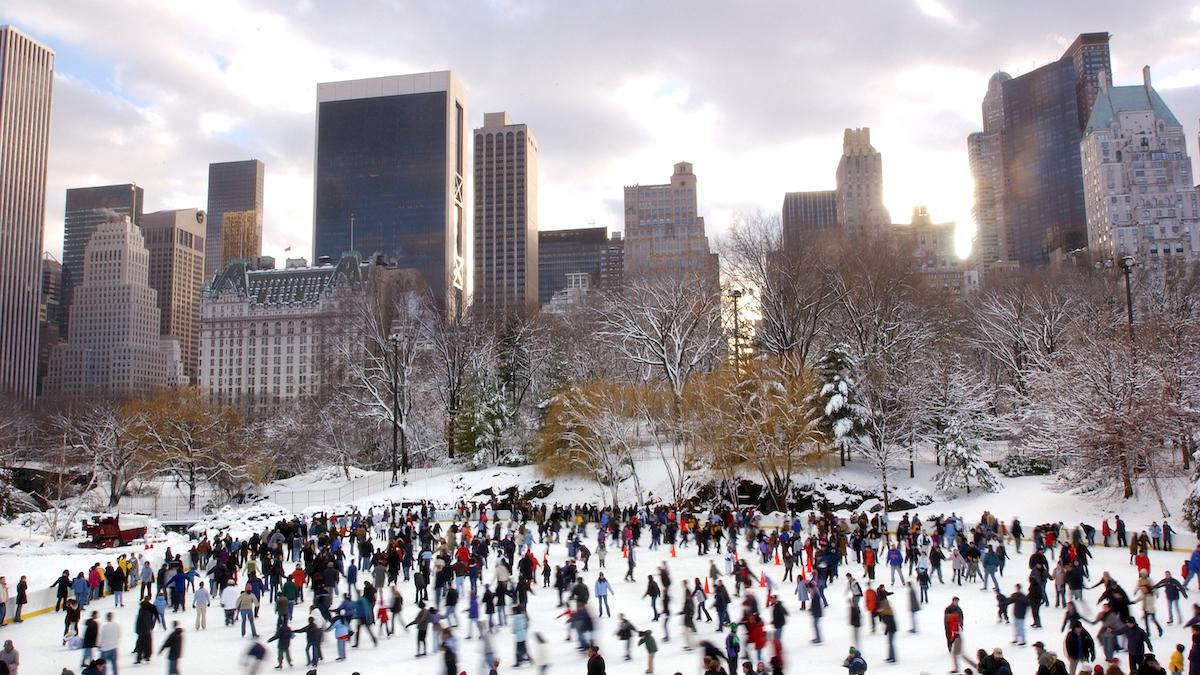 People skate in New York City's Central Park on Dec. 26, 2002, after five inches of snow fell on Christmas day. A NOAA study predicts a slight increase in the chance for a White Christmas in New York. Spencer Platt / Getty Images

For those who dream year after year for a white Christmas, that could one day be a thing of the past. According to a recent analysis of December weather over the past four decades, snow measurements across the U.S. on December 25 have dropped since the 1980s.

While scientists note that the decreases are still small, it hasn’t gone unnoticed by people across the country.

From 1981 to 1990, December temperatures remained below freezing, and about 47% of the country had snow for Christmas. The average depth of snow measured at 3.5 inches, as recorded by the University of Arizona on behalf of the Associated Press. But in 2011 to 2020, the average December temperature hovered around 35°F, and snow covered just 38% of the country on Christmas day at a depth of 2.7 inches.

A separate study by the National Oceanic and Atmospheric Administration (NOAA) also shows declining probabilities of snow on Christmas for much of the U.S., with major decreases in the chance of snow in Washington and Iowa. In Dubuque, Iowa, chances of a white Christmas dropped from 63% in 1981 to 2010 to 42% today, a whopping 21% decrease. In Walla Walla, Washington, there is now less than a 10% chance for snow on December 25, down from 19% in 1981 to 2010.

There are, however, slight increases in snow probability on Christmas for New York, Philadelphia and Concord, New Hampshire.

Xubin Zeng, atmospheric scientist at the University of Arizona, points out that the changes are still minor, and the cause — whether climate change or natural weather variability — is yet to be determined. But Zeng notes that the data on fewer snowy Christmases lines up with global warming trends.

There is some concern that we’ll experience even fewer white Christmases in the future, making this scenario a nostalgic memory rather than a reality.

“With climate warming, the prospects of a white Christmas in many parts of the U.S.A. will be slim indeed,” Mark Serreze, director of the National Snow and Ice Data Center in Boulder, Colorado, tells AP.

It’s something many scientists will be keeping a close eye on in the years to come, especially now, as parts of the country face megadroughts and could find some relief with snowfall.

“It matters for many as an emotional weight of how the season ought to feel or how we think it ought to feel,” said Twila Moon, National Snow and Ice Data scientist. “But the climate scientist in me is also very interested in having a white Christmas because it’s an indicator of how much and what type of precipitation we’ve gotten. And that is also really important because so much of our country is dealing with extreme drought right now.”