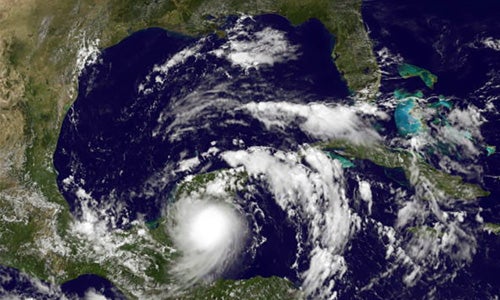 The Caribbean Sea is whistling in an A-flat tone, roughly 30 octaves below the bottom of a piano.

University of Liverpool researchers detected the noise when they were analyzing sea level and sea floor pressure in the Caribbean Sea, an area that has been monitored for the past 60 years. But something unusual showed up on their ocean activity models: there were pressure oscillations across the Caribbean basin, according to Science Alert. 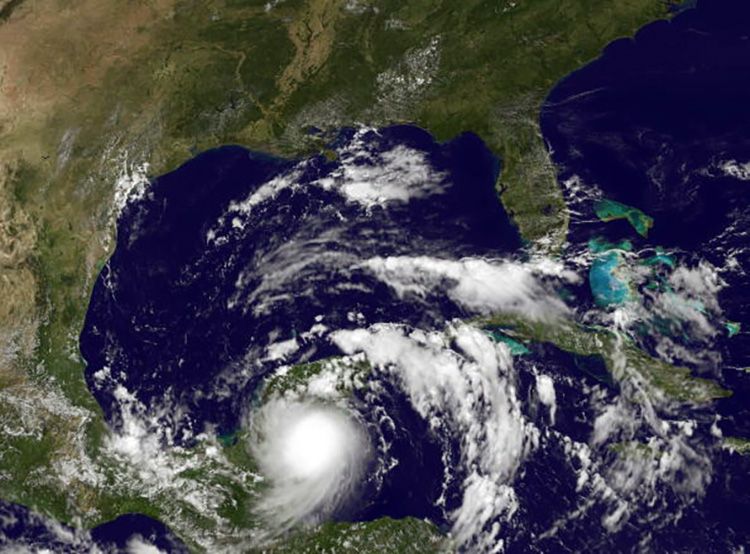 “We were looking at ocean pressure through models for quite different reasons, and this region just didn’t work,” Chris Hughes, of the University of Liverpool, told Gizmodo.

The models kept yielding large, inexplicable oscillations of the Earth’s gravity field across the basin. “It felt like a sore thumb,” Hughes added.

Hughes and his team decided to see if they could observe the phenomenon in the ocean, Gizmodo reported. They collected pressure readings and tide gauge records from the National Aeronautics and Space Administration’s Grace satellite collected between 1958 and 2013. Soon, the researchers discovered that the Caribbean Sea acts like a giant whistle.

The strange sound, which cannot be heard by humans, is caused by the Rossby wave, which travels westward across the ocean. Scientists have observed the wave disappearing on the west side of the Caribbean basin and then reappearing 120 days later on the east side, according to Science Alert. The disappearance is known as the Rossby wormhole.

Hughes and his team’s findings prove that the Rossby wave doesn’t disappear, but is in fact still interacting with the seafloor during those 120 days. The waves resonate after hitting the western wall of the Caribbean basin and the frequency creates the whistle sound, Gizmodo said.

“We can compare the ocean activity in the Caribbean Sea to that of a whistle,” Hughes told Science Daily. “When you blow into a whistle, the jet of air becomes unstable and excites the resonant sound wave which fits into the whistle cavity. Because the whistle is open, the sound radiates out so you can hear it.

“Similarly, an ocean current flowing through the Caribbean Sea becomes unstable and excites a resonance of a rather strange kind of ocean wave called a Rossby wave. Because the Caribbean Sea is partly open, this causes an exchange of water with the rest of the ocean which allows us to ‘hear’ the resonance using gravity measurements.”

The noise was sped up to be audible to humans in this video:

The phenomenon has been aptly named the Rossby whistle and a paper was published about it in Geophysical Research Letters.

Scientists believe the Rossby whistle could help predict coastal flooding. The whistle can vary sea level by as much as 10 centimeters (roughly 4 inches) along the Colombian and Venezuelan coast, according to a University of Liverpool release. Even small changes can increase the flood probability.

Hughes and team also believe the Rossby whistle will have an impact on the North Atlantic Ocean by regulating the Caribbean Current, which leads to the Gulf Stream.

Researchers plan to investigate the phenomenon further to understand how it affects ocean dynamics.