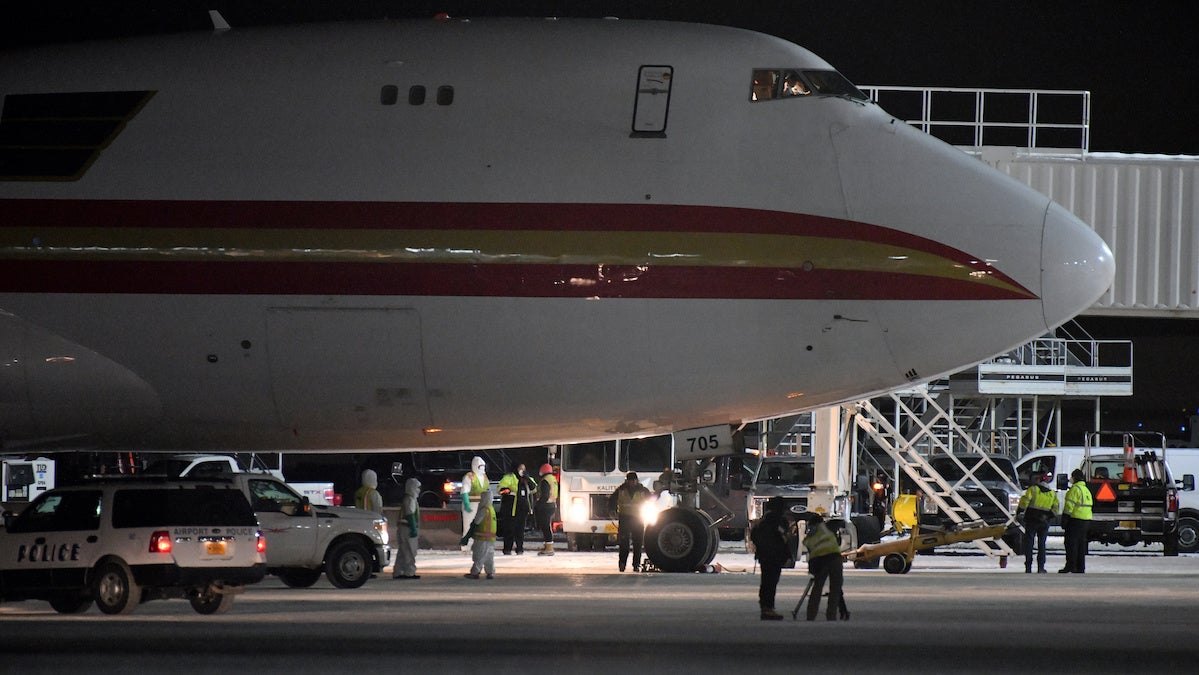 More than a dozen federal employees were sent to receive Americans evacuated from Wuhan, China — the epicenter of the new coronavirus — without proper training or protective gear, according to a whistleblower complaint first reported by The Washington Post Thursday.

The complaint, which comes the same week as the first U.S. COVID-19 diagnosis in someone who did not travel to an outbreak hot zone or have known contact with an infected person, reinforces concerns about how the Trump administration, with its pattern of hostility to science and career government employees, will handle the spread of the disease that has so far sickened more than 80,000 people and killed 2,858 worldwide.

“The president has spent years assaulting our health care system, draining resources from key health programs, and showing utter disdain for career federal employees who are the backbone of our government,” Rep. Richard Neal (D-Mass.) told The New York Times in response to the complaint. “It’s sadly no surprise we’re seeing this degree of ineptitude during a terrible crisis.”

The whistleblower is a senior official in the Department of Health and Human Services (HHS) who fielded concerns from workers in the Administration for Children and Families (ACF) after they were deployed to two California air force bases to assist Americans being quarantined upon their return from Wuhan, China, according to The Washington Post.

Around 14 ACF employees were sent to March Air Force Base in California’s Riverside County in January and around 13 were sent in early February to Travis Air Force Base in Solano County, the same California county where the first U.S. coronavirus diagnosis with no known connection to an infected region or person has been confirmed.

The ACF workers had face-to-face contact with the returning Americans when they received them in an airplane hanger and helped to hand out room assignments and identification ribbons. They were then sent back out into the public without being tested for the disease, some boarding commercial flights.

“I soon began to field panicked calls from my leadership team and deployed staff members expressing concerns with the lack of H.H.S. communication and coordination, staff being sent into quarantined areas without personal protective equipment, training or experience in managing public health emergencies, safety protocols and the potential danger to both themselves and members of the public they come into contact with,” the whistleblower wrote, according to The New York Times.

The whistleblower said she faced retaliation for raising concerns to HHS employees, including some in the office of HHS Secretary Alex Azar. She was reassigned to a different position and told Feb. 19 that if she did not accept the new position in 15 days, she would be fired, according to The Washington Post. She filed her whistleblower complaint with the Office of the Special Counsel (OSC) Wednesday, which confirmed that it had been received and assigned.

“We are hopeful that Congress and the OSC will investigate this case in a timely and comprehensive manner,” Ari Wilkenfeld, one of the whistleblower’s lawyers, told CNN. “This matter concerns HHS’s response to the coronavirus, and its failure to protect its employees and potentially the public. The retaliatory efforts to intimidate and silence our client must be opposed.”

Administration officials pushed back against the idea that there was anything inappropriate in their response to the virus.

“I am not aware of any violation of quarantine or isolation protocols,” Azar said during a Congressional hearing Thursday, according to The New York Times.

Other people within HHS had raised concerns about the ACF workers’ deployment, however, a person familiar with the situation told The Washington Post.

Another person familiar with the situation said the workers were not tested because they did not show symptoms, and testing at the time was restricted to those with symptoms who had been to an affected area or had known contact with an infected person.