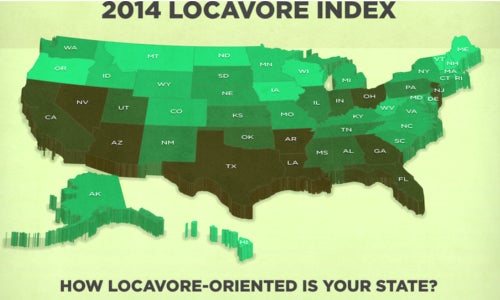 The push for more people to buy and eat locally produced foods keeps growing, but which states are actually practicing what they preach?

For the third consecutive year, Strolling of the Heifers answers that question with its 2014 Locavore Index. The rankings take the per-capita number of farmers markets, consumer-supported agriculture operations (CSAs) and food hubs into account, along with the percentage of school districts with active farm-to-school programs.

Strolling of the Heifers couldn’t deny the evidence right in front of its Vermont headquarters, ranking its own state first for the third year in a row.

Hawaii made an eight-spot jump from last year to enter the top five, while Maryland made the biggest improvement, moving from 29 to 14. Nebraska, South Dakota and Kentucky each took tumbles of at least 10 places in the past year. 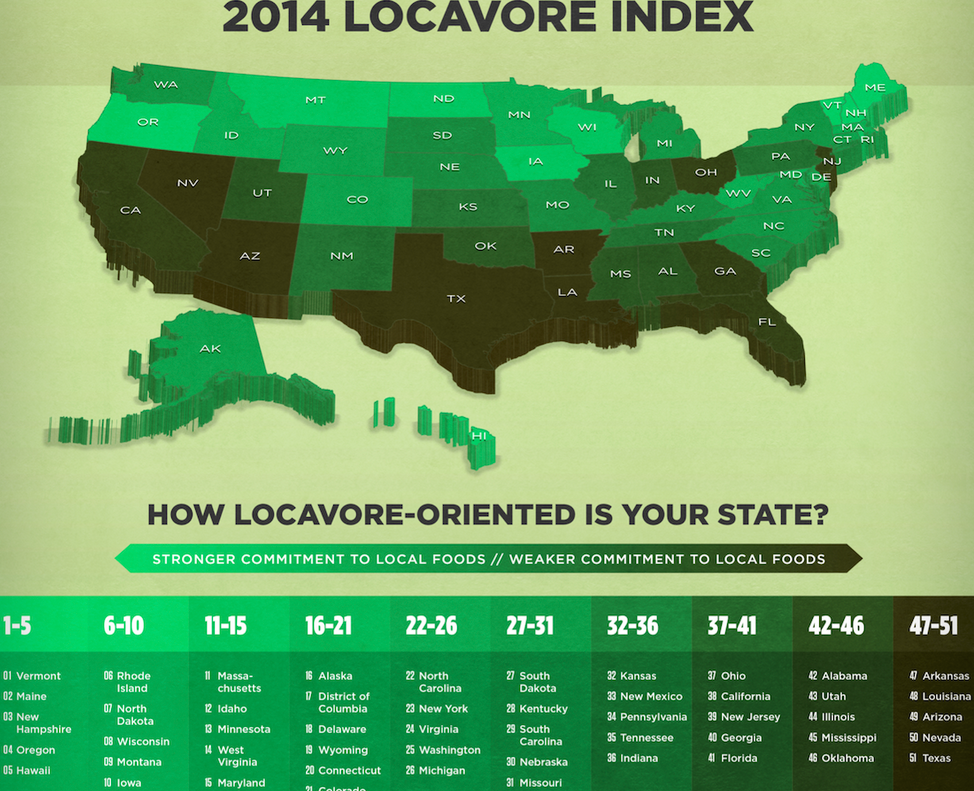 Graphic credit: Strolling of the Heifers

“This ranking reflects the commitment Vermonters have made to community based agriculture,” Chuck Ross, Vermont’s Secretary of Agriculture, Food and Markets, said in a statement. “From the farm and food system entrepreneurs who are providing local foods, to the schools and institutions that are stepping up to integrate local foods, to the individual Vermonters who are making healthy, local choices, our state has embraced a systems approach to agriculture.”

While the organization is thrilled to present its findings, Strolling the Heifers personnel would certainly welcome some company in reporting statistics associated with locavorism.

“For all the attention that locavorism has received in recent years, reliable and consistent state-by-state statistics on local food consumption are hard to come by,” Strolling of the Heifers founder and Executive Director Orly Munzing said. “If we all agree that growing, buying and eating local foods is good, then we need to do a better job of measuring it.” 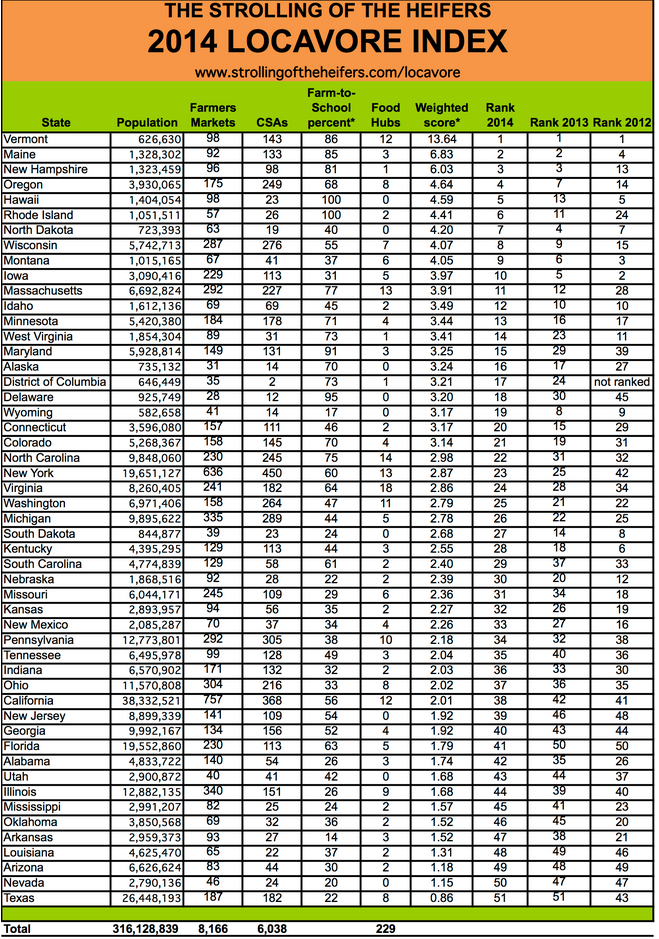 Graphic credit: Strolling of the Heifers

With its rankings, Strolling of the Heifers also included its top 10 reasons to consume local foods:

How Does Your State Rank on Its Commitment to Local Foods? (2013)