Which Is the Biggest Threat to Americans: Zika, Cancer or ISIS? 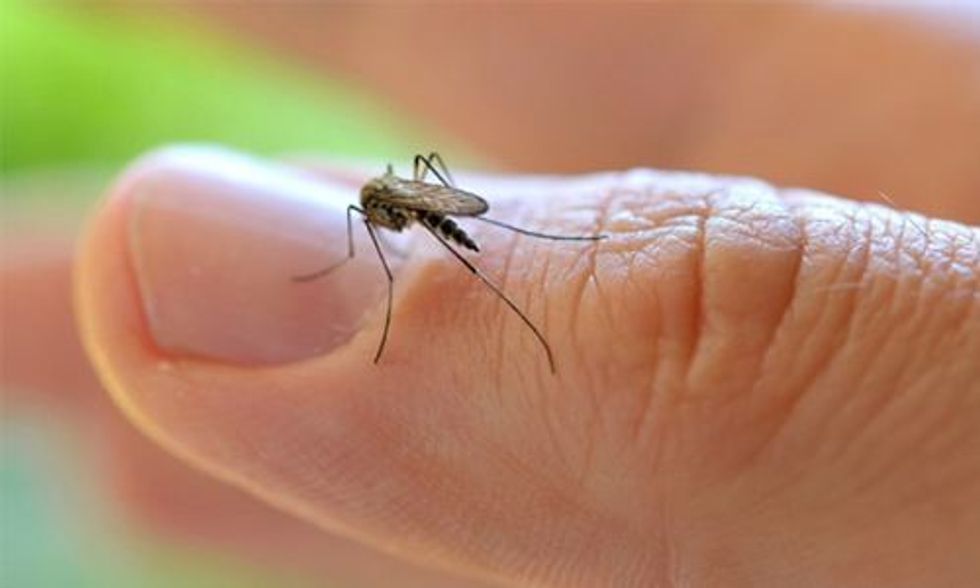 The unfolding information about the Zika virus and saddening images of babies infected with microcephaly should really scare us all.

The disease has spread “explosively” throughout the Americas, with 32 cases currently reported in 12 states in the U.S. No doubt that number will climb—rapidly.

The disease has spread “explosively” throughout the Americas, with 32 cases currently reported in 12 states in the U.S. No doubt that number will climb—rapidly.

Zika isn’t an epidemic. It is endemic—meaning it is here to stay. And we have no means of establishing an immunity or an antidote in sight.

Dr. Margaret Chan, the director-general of the World Health Organization, has said that we can anticipate up to four million people being infected.

Of course, many of those infected will be people who are not pregnant and may only suffer mild symptoms.

Others, however, will give birth to children stricken with diseases, malformations and even premature death. Then there is the number of women who will elect not to have children, at least in the short term.

When these two groups are coupled together, there is a reasonable prospect that Zika, if not contained, could have significant long-term effects on the world’s demographics: fewer children born, more children in need of extensive care, more children dying in tropical countries.

Knowing a Threat When You See It

I’m not an expert on diseases. There are others far more qualified to discuss the medical elements than I am.

But I know a threat when I see it.

There are three kinds of threats.

Zika is what is called an naturogenic threat. It comes naturally from nature. It isn’t what we call an anthropogenic threat—an unintended product of human activity on nature like pollution and climate change. And it isn’t the product of deliberate human malfeasance—like terrorism and war.

I guess the last type is the only threat that politicians really care about.

Maybe that’s because these are the only kinds of threats that they can even remotely plausibly suggest they can do something about—preferably using muscular and provocative terms that make them sound like “leaders.”

Nobody is going to “kick nature’s ass,” as those of us who recently lived through Winter Storm Jonas on the East Coast will testify. But you can make the claim when talking about the Islamic State or ISIS—as Sarah Palin recently promised that Donald Trump would do.

So maybe that is why, during the last Republican debate before the Iowa caucuses, Marco Rubio chose to use the term “apocalyptic” in reference to ISIS. And why Jeb Bush and Ted Cruz talked about “destroying” them.

In fact, a quick examination of the transcript of the debate reveals that ISIS was mentioned 44 times. In contrast, climate change was mentioned only three times—all in one question to Marco Rubio about how he might have once expressed the view that it was real. And Zika? Or Ebola? They were not mentioned at all.

I believe that these small details tell you a lot about how threats are constructed in America.

We let our politicians tell us what should be our greatest fears. And they serve us really badly. Of course, ISIS is a group with evil intent who behave barbarically. But they do not and will not have the ability to invade the U.S. and kill Americans in their beds. This does not mean that they should not be opposed. But they should not, I would argue, dominate our debate about foreign policy.

Public health (or that more fashionable term “global health”), on the other hand, should. Zika or Ebola or dengue fever—which accounts for almost 100 million infections a year—may actually kill us in our beds. But talking about that isn’t sexy.

Indeed, the work on this problem is disparagingly left to “geeks” and scientists.

So despite the growing threats posed to the U.S. by these diseases, Congress’ appropriations for expenditures on global health have stagnated in the last two years and really gone nowhere since 2010.

President Obama’s initiative to find a cure for cancer—presaged, like most things in American politics, by an episode of the West Wing—was also ignored by the Republicans in their debate. This despite the fact that cancer is projected to kill just shy of 600,000 Americans this year.

What Threats Will Americans Care About?

So with the primary season upon us at last, we are left with a familiar question.

If Americans are so indeed angry, disgusted and anguished—so “sick of politics”—why do they let blustering politicians define what is important to them? Like telling them what they should fear when that is so patently false.

H.L. Mencken is reputed to have said that,

"No one ever went broke underestimating the intelligence of the American public."

He obviously had little regard for the average American.

Yet the evidence suggests he is wrong. Every time that America is pronounced on the verge of demise, it astonishingly finds a way to adapt and rejuvenate itself—like the resurgence of the U.S. economy since 2008.

And let’s hope that American voters can ignore the rabble-rousing of politicians and figure out what really threatens them in the months ahead.