Which Countries Won't Be Signing the Paris Climate Deal on Earth Day? 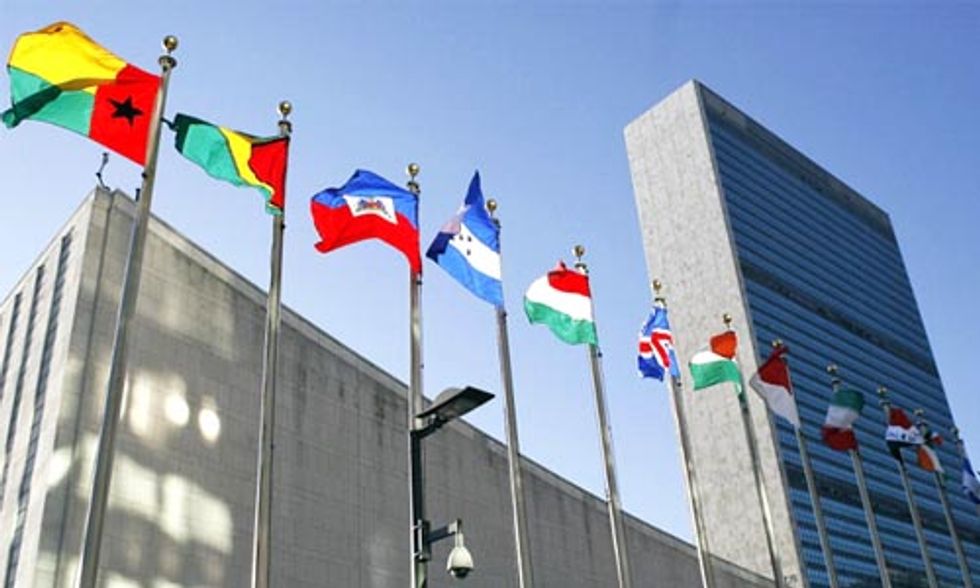 An unprecedented number of countries will be gathering in New York City tomorrow to sign the Paris climate deal.

After significant progress was made this past December in agreeing the landmark deal, more than 167 countries—including past climate villains Iran, Canada and Australia and polluting giants China, the U.S. and the EU—are set to sign the Paris agreement on its opening day.

So while much focus has been on who will be signing the Paris Agreement on April 22, here we take a look at those that might not be. Photo credit: United Nations Photo / Flickr

But despite this, there are still some countries that remain absent from the UN’s official list of attendees—and this includes some pretty big emitters and fossil fuel producers.

So while much focus has been on who will be signing the Paris agreement on April 22, here we take a look at those that might not be.

Russia and the Commonwealth of Independent States (CIS)

There have been a lot of questions about whether or not Russia would attend.

Up until April 20, it was the largest emitter and producer absent from the UN’s list is Russia, dwarfing other non-signatories, representing more than five percent of annual global emissions.

But according to a new list updated by the UN, Russia has now indicated that it will be attending the New York ceremony tomorrow.

The country’s president Vladimir Putin has previously described climate change as a conspiracy to diminish the country’s power, but changed his tone (though not necessarily increasing Russia’s ambition) at the opening ceremony of COP21 in Paris.

Russian newspaper Kommersant hinted at progress there reporting that some ministries have begun submitting draft implementation measures for the Paris agreement.

As Vladimir Chuprov, Head of the Energy Unit at Greenpeace Russia told DeSmog UK, a Russian Federation governmental order stated that the country would sign the agreement.

There are however still some Commonwealth of Independent States which have also not indicated whether they will attend, including Ukraine and Uzbekistan.

Saudi Arabia, with almost 1.2 percent of global emissions leads the list of the five OPEC nations and two other Middle Eastern states currently not confirmed to attend the event.

The country’s minister for Petroleum and Mineral Resources Ali Al-Naimi indicated in 2015 that Saudi Arabia would have to stop using fossil fuels at some point.

Despite this the country faced accusations of trying to wreck the climate deal at the Paris COP21 climate conference. The Guardian reported that Wael Hmaidan, director of Climate Action Network, said they were “undermining the position of other Arab countries.”

Meanwhile, Africa’s largest economy, Nigeria, is a major oil exporter and the second largest OPEC member who may not put pen to paper tomorrow. The country significantly out-emits the other African non-signatories, with 0.66 percent of global annual emissions.

Ecuador, one of the smallest OPEC members is the only South American country that hasn’t indicated it will sign.

Others include Iraq with more than 0.5 percent of global emissions, Qatar and non-OPEC countries Syria and Yemen, with emissions between 0.2 percent and 0.05 percent of the global total.

According to the latest UN update there are still some sub-Saharan African countries that may not be at the New York ceremony. This includes Botswana and Zambia.

Speaking to ClimateHome on the call to boycott, an advisor to African nations said their slowing of the ratification process could lead to countries that stand to lose the most from climate change being excluded from talks on the deal’s implementation.

Others nations still missing from the list include Trinidad and Tobago and Nicaragua.

Michael Jacobs, visiting professor at the Grantham Research Institute on Climate Change told DeSmog UK that Russia, Saudi Arabia and other OPEC states will not like the rhetoric on decarbonization and the necessity of strong climate action which will surround the event. But it makes no difference.

Whether or not any of these countries show up on Friday, some 83 percent of states and 88 percent of emissions will still be represented at the ceremony.

And as Carbon Brief points out, the agreement is open for signatures at the UN headquarters for a year and that it’s even possible to accede to the agreement after this.

The next, more important step, is for those countries to get approval at home.

Once 55 percent of signatories covering 55 percent emissions do so, the agreement will come into effect after 30 days.

So far eight countries, Barbados, Belize, Fiji, The Maldives, Nauru, St Lucia, Samoa and Tuvalu have indicated they will deposit their instrument of ratification after the signing ceremony.