Where Occupy and No Nukes Merge and Win 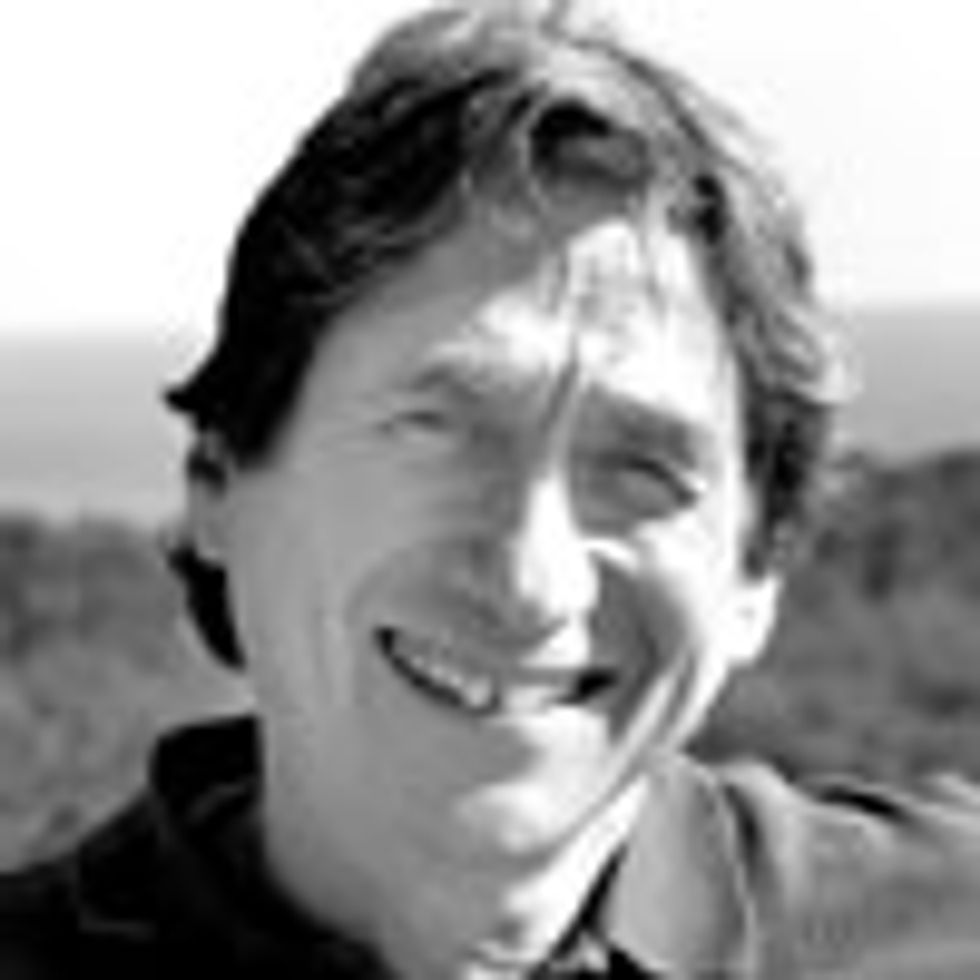 The global upheaval that is the Occupy Movement is hopefully in the process of changing—and saving—the world.

Through the astonishing power of creative non-violence, it has the magic and moxie to defeat the failing forces of corporate greed.

A long-term agenda seems to be emerging—social justice, racial and gender equality, ecological survival, true democracy, an end to war and so much more. "When the power of love overcomes the love of power," said Jimi Hendrix, "the world will know peace."

Such a moment must come now in the nick of time, as the corporate ways of greed and violence pitch us to the precipice of self-extinction. At that edge sits a sinister technology, a poisoned cancerous power that continues to harm us all even as three of its cores melt and spew at Fukushima.

Atomic energy, the so-called "Peaceful Atom," has failed on all fronts. Once sold as "too cheap to meter," it's now the world's most expensive electric generator.

Once embraced as a corporate bonanza, it cannot obtain private liability insurance. Once hyped as the world's energy savior, it cannot attract private investment. Once worshipped as a technology of genius, it cannot clean up its own radioactive messes. Once described as the "magic bullet" that could power the Earth, it's now the lethal technology threatening to destroy it.

The non-violent campaign against this agent of the apocalypse has helped raise the use of peaceful mass action to an entirely new level. In the wake of the movements for labor unions, nuclear disarmament, civil rights—including minorities, women and gays—peace in Southeast Asia, and more, the messages of Eugene V. Debs, Dorothy Day, Martin Luther King and so many great apostles of non-violence have become part of an emerging new culture.

For decades, the No Nukes campaign has conducted hundreds of demonstrations involving thousands of arrests in dozens of countries. Violence has been renounced and almost entirely avoided. Injuries have been present but minimal. There's been at least one murder, that of the anti-nuclear activist Karen Silkwood. But overall, given the magnitude of the movement of more than 40 years of confrontation, individual casualties have been slight.

And the accomplishments have been historic. Whereas Richard Nixon once promised 1,000 U.S. reactors by the year 2000, there are now only 104. These dangerous relics are now under attack, especially at Vermont Yankee and Indian Point, New York.

Worldwide we have seen Germany renounce atomic energy and commit to renewables. Siemens, once a corporate nuclear flagship, has turned instead toward Solartopian technologies. Like Japan, now horribly contaminated by Fukushima, Switzerland, Italy, Spain and others are following suit.

But the final fight remains to be won. While pouring billions into cornering the global solar market, China is still poised to build some 30 reactors. India, Britain, Korea and a few others are also toying with more. But especially in the wake of Fukushima, they are not a done deal.

In the U.S., the key is to deny the nuclear industry the federal funding without which it can't build new reactors. And here is where the Occupy and No Nukes movements intersect. Wall Street has actually retreated, and will not finance new commercial reactors. So the industry has gone straight to the White House and Congress to force taxpayers to underwrite new construction loans. In the past decade reactor backers have spent more than $60 million per year lobbying Congress and the White House to get this money. With no such budget, the national No Nukes movement has been defeating these give-aways.

Now comes the turning point. In 2011, for the first time, solar and wind are being recognized by mainstream economists as cheaper than new nukes. And renewables overall in the U.S. generate more usable power than operating reactors. If we can hold off these loan guarantees for another year or two, and shut some older reactors like Vermont Yankee and Indian Point, the dam will break, and the corporate impetus to build new reactors may finally go away.

Atomic energy is, after all, a means of centralizing power in corporate hands. But there is only so far the one-percenters can ride a dead horse, especially if it's radioactive. Our struggle then comes with fighting to keep the Solartopian conversion in the people's hands. We will love defeating fossil and nuclear fuels. But we want to guarantee our energy supply—even if it's driven by the wind and sun—is controlled by the community, not the corporations.

And here is where Occupy and No Nukes can jump the power of democracy to a whole new level. Human society is on the brink of its most significant technological conversion. Green power will be a multi-trillion-dollar industry, outstripping even computers and the internet.

But who will own the sun? Will the corporations again monopolize a nascent revolution? Or can the Occupy and No Nukes movements keep this technology decentralized, with the power Mother Earth gives us resting in the hands of the people?

In this struggle, longevity is the key. The grassroots No Nukes campaign is some four decades young and going strong. Every few years the corporate media runs features about how it has died and gone away, and they have always been wrong. We will not disappear until the nukes do.

The same must be the case for Occupy. Any day now the Foxists will proclaim the movement dead and failed. It will be nonsense. But in the long term, it's up to us to prove them wrong. All the bright futures above come true only if we stay with it as long as it takes. At the intersection of No Nukes and Occupy, we know that true democracy can only come when our energy supply is owned by the people. A grassroots-based energy supply is at the core of a sustainable Solartopian future.

In the 1970s a grassroots movement led by the Clamshell Alliance nonviolently occupied a reactor site at Seabrook, New Hampshire, and sparked a global green powered revolution whose completion may be in sight. This year the Occupy movement took to Wall Street, and has exploded into a global democratic revolution with unbound potential.

There are innumerable hurdles along the way. But as these two movements flow together like a mighty stream, let them wash away forever the corporate plague of atomic energy, and free at last the path to a democratized, green-powered Earth.