Where Can You Move to Avoid the Climate Crisis? 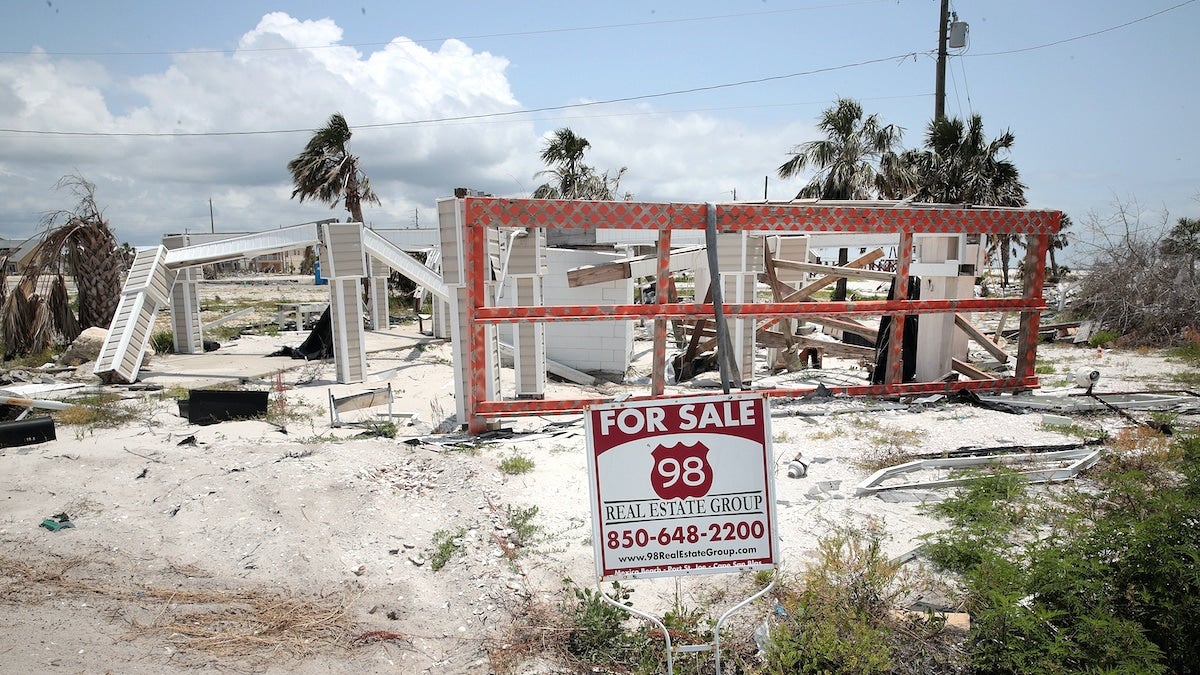 The remains of a home near a beach destroyed by Hurricane Michael on May 9, 2019 in Mexico Beach, Florida. Scott Olson / Getty Images

As the Gulf states get pummeled by intense hurricanes and California burns in record-breaking wildfires, many in regions like these have contemplated moving to places projected to fare better in the face of the climate crisis. The ability to work from home, indefinitely for some, has also inspired interest in relocation away from expensive cities like San Francisco and New York that are vulnerable to climate disasters, reported SF Gate.

“We lived in Oakland where we owned a home for over 20 years. The natural and man-made disasters got to be too much for us,” Rita Liberati explained to SF Gate after her move to central New York. “My partner is retired, but my employer gave the OK for me to work remotely for which I’m grateful.”

A closer look, though, reveals a disheartening answer to the question of where can you move to be safe from the effects of the climate crisis. Hint: it’s basically nowhere.

In a “Dear Abby” style advice column tackling that exact question, Grist called the impulse to flee to avoid climate disruptions “reasonable” because “climate change rivals nuclear war for the greatest threat to human life in the history of our species’ existence. Every survival instinct we’ve cultivated to date should, understandably, make us want to get away from it.”

According to Fast Company, the risk is not the same everywhere, and some places will suffer more extreme impacts from the climate crisis. Miami, for example, already floods with high tides. By 2060, 60% of the city will suffer chronic flooding; by 2100, that number jumps to 90%, Fast Company reported. In Alaska, some residents have already been forced to relocate because melting permafrost and erosion have caused parts of their village to wash away into the sea, reported Yale Climate Connections.

Jesse Keenan, a Harvard climate adaptation specialist, suggested the Upper Midwest and parts of Minnesota as more comfortable locales in the face of the climate crisis because they are rural, wooded, Northern and stocked with fresh water, Grist reported. Keenan quickly followed up saying that if everyone moved there, those “climate strongholds” would be quickly overrun and overtaxed. Another Grist article also noted that those regions would suffer crop diseases, pests and algal blooms in the Great Lakes because of climate change.

Dave Anderson bought a 70-acre ranch in Oregon as a “Plan B” escape property for his family if their homes in Houston ever became uninhabitable, reported The New York Times.

I’m no doomsday prepper,” he told the Times. “That said, we intentionally purchased a relatively remote property well above sea level, with ample water and wildlife, with the expectation that the property would survive for generations of family use.”

While his property sounds relatively safe, according to Grist, Oregon itself is under a consistent threat of wildfires, scarce fresh water sources, and big earthquakes.

“There’s nowhere you can hide. I think you need to come to terms with what you think you’re running from,” Keenan told Grist.

Tellingly, the second Grist article broke down what climate change is predicted to change in the U.S. region by region and found no place was fully “safe.” From more extremely hot nights and invasive lionfish in the Southeast, to worse storms and dwindling freshwater supplies in Hawaii and Puerto Rico, to more fires and droughts along the entire West Coast, the picture is bleak in different degrees and different ways anywhere you look, the report said.

Inequity also is a complicating concern, with many people “too poor to move,” Keenan told Fast Company. “Climate change is going to make the problem much more profound. What I’m concerned with… is not necessarily where people are going to move, but who’s going to be trapped.”

Fast Company and Yale also noted the difficulties with relocating — finding a new sense of community, social circles and rootedness, all of which are “survival mechanisms” that help in the face of emergencies like climate disasters.

Instead of the somewhat futile effort to escape climate change by moving, some experts are advocating instead for increased investments in climate resilience where people already live, Yale reported. The news report also listed resources for U.S.-based readers to look up everything from how many increased hot days a region will experience to how climate change will affect air quality, and suggested getting involved with local resiliency planning.

“So before you pack your bags, first make sure you understand the expected consequences of climate change where you live now. Do those risks outweigh the cost of leaving behind friends, neighbors, family, and professional contacts?” the report queried.