Where Are Solar Panels Made? Does It Matter?

Let's take a look at where top solar companies manufacture their products. 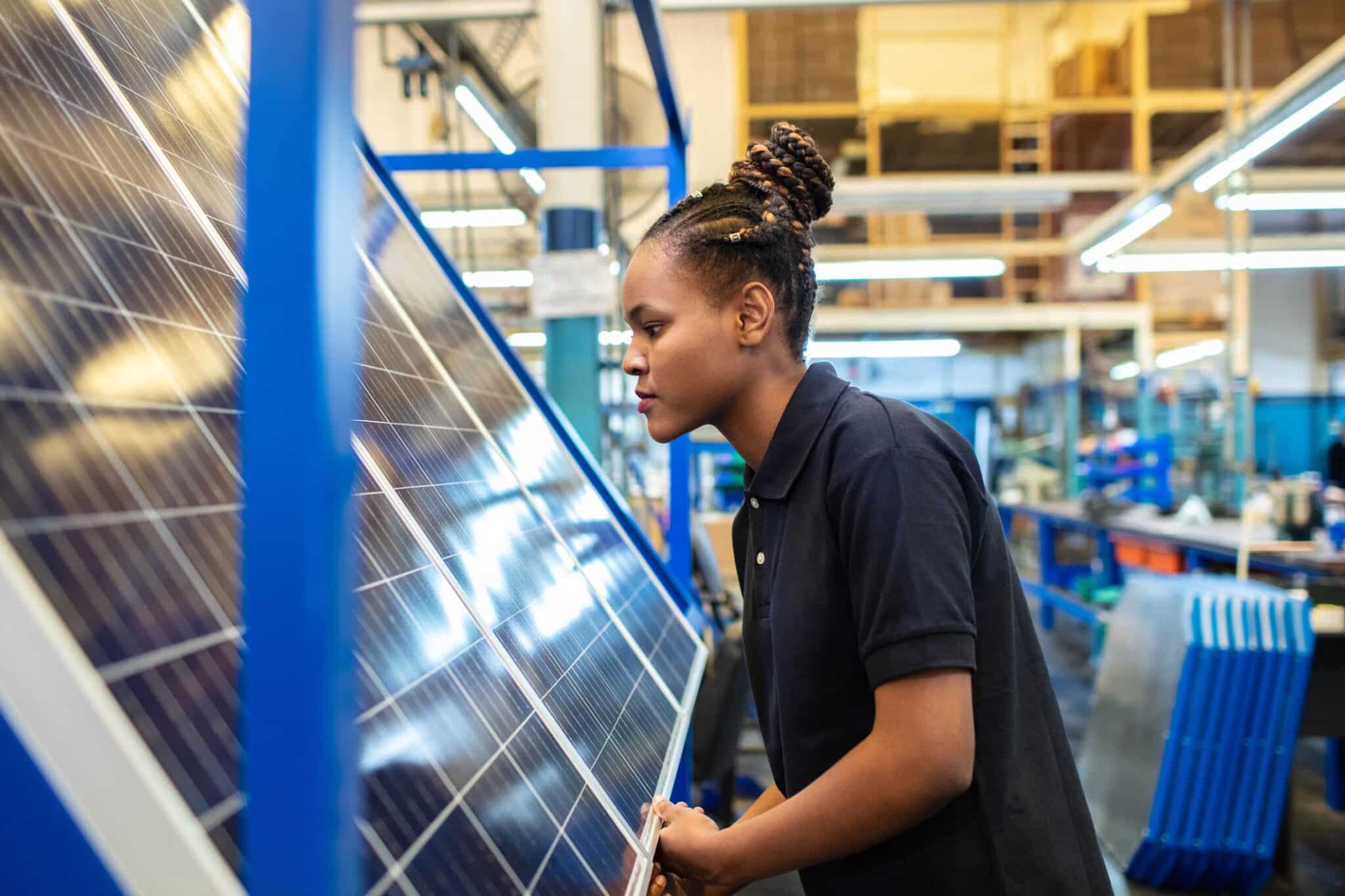 It was in Murray Hill, New Jersey, that many claim the first solar panel was made. In 1954, three scientists researching for the Bell Telephone company conducted experiments on strips of silicon that led to the development of a solar cell. They announced the invention by using it to power a small toy Ferris wheel and a radio transmitter, shortly thereafter filing a patent for a silicon solar cell reaching 6% efficiency.

The U.S. ramped up its solar panel production through the following century, powering the first solar building and even using solar energy to fuel NASA spacecrafts. The nation was the vanguard of solar technology.

Fast-forward to 2022, however, and the U.S. is home to the headquarters of only one company considered a top solar panel manufacturer. So, what changed? Where are solar panels made today? Does it really matter where solar panels are made?

Solar manufacturing refers to the fabrication and assembly of materials across the solar supply chain. This includes not only solar photovoltaic (PV) panels, but items including batteries, inverters and racking equipment as well, each with its own unique chemical and physical makeup.

Relative to where the key parts of solar panels come from, the assembly itself is fairly straightforward. So this begs the question, what are solar panels made of?

Virtually all solar PV panels use crystalline silicon wafers as the main component material. Silicon is used to create semiconductors for about 95% of all solar panels on the market today. Solar panels also require aluminum frames, a backsheet, a junction box, and are typically covered by a layer of glass with an anti-reflective coating.

These parts must all be acquired separately, and are all composed of unique raw materials such as quartz and copper.

Let’s start with silicon. By far the most frequently used semiconductor in solar technology, silicon has also become vital as a material for its use in computer chips and modern electronics. Silicon is extracted from materials such as quartz (Silicon Dioxide, SiO2), and undergoes a process of purification and intensification before it can be used as pure silicon.

Solar manufacturers can use recycled materials for the aluminum brackets, but sourcing more sustainable materials for anti-reflective glass or copper wiring has become a challenge. We’ll explain more about why this matters later on, but these supply chains are what make tracing the impact of a solar company so complex. A final product can be advertised as U.S.-made, even if 90% of what composes it came from Southeast Asia.

We’d guess that none of the solar companies listed below hosts all operations solely within its home country. The best solar companies in the industry are international entities, sourcing and distributing resources throughout multiple countries and climates. The solar supply chain is truly a global one, which is why answering the question “where are solar panels made?” becomes so complicated.

Below, you’ll find a list of the top solar manufacturers, along with the locations of their headquarters. 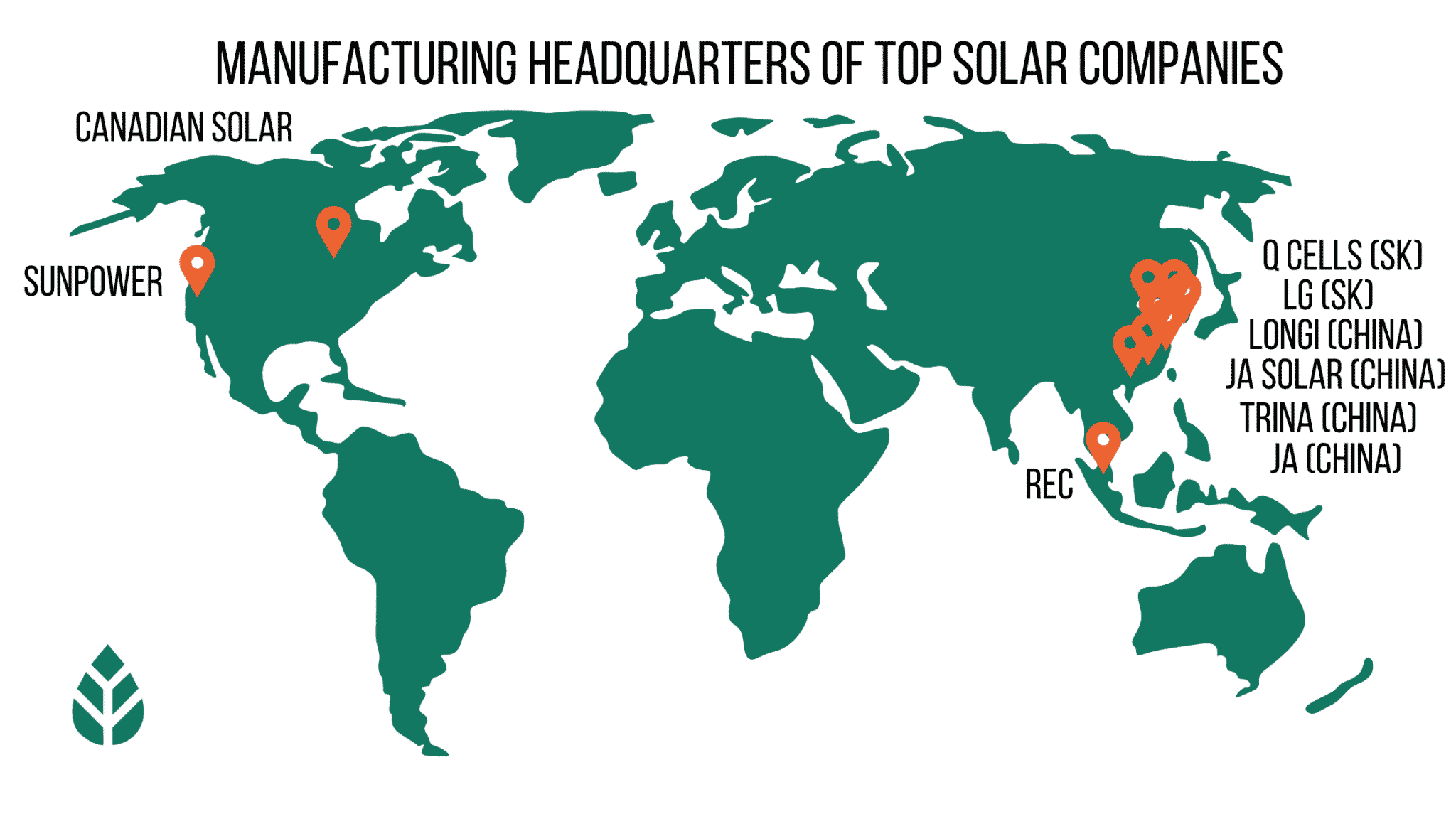 Note: The solar panel manufacturers listed above are taken mostly from our list of best solar panels, but we added Jinko Solar, JA Solar and LONGi Solar to account for the high volume of panels they sell globally.

So, what explains the shift in manufacturing to mostly Southeast Asian countries? As of the 1970s, the U.S. was leading the globe in the development and production of solar technology. One theory is that, at that time, the U.S. viewed solar too much from the angle of research and development rather than utility-scale use, hence why solar was developed more for space crafts than for homes.

Further, Reagan-era attacks on renewable energy funding set the U.S. back both in terms of policy and perception, as the president slashed federal solar funding by about two-thirds and stripped the White House roof of the solar panels installed under the Carter administration.

This trend continued throughout the ‘80s, and American solar companies began to struggle, offloading their solar operations to international companies as a result (Exxon in 1984, Arco in 1990 and Mobil in 1994). The second Bush administration stepped in with the solar tax credit in 2005, which has been a saving grace for the American solar economy with bipartisan support since its inception. However, widespread private divestment in renewables still set the U.S. back behind the quickly expanding operations in Southeast Asia.

While the U.S. continued its love affair with domestic oil and gas, Chinese, Japanese and Korean companies spent the ‘80s, ‘90s and 2000s developing utility-scale solar technology, even if still somewhat ineffective at that point in history. The solar manufacturing process refined over the decades, eased in costs, and the abundance of polysilicon in Asia certainly didn’t hurt the continent’s accelerated research and production.

So here we are today: The majority of the best solar panel companies import at least some of their equipment from Southeast Asia. However, it’s worth noting that in recent years, more solar companies have opened up shop in the U.S. to avoid tariffs associated with the international sales of solar technology.

A number of Asia-based companies have started manufacturing facilities in the U.S., notably LG in Huntsville, Alabama, Panasonic in Buffalo, New York, (via a partnership with Tesla) and Q Cells in Whitfield County, Georgia. 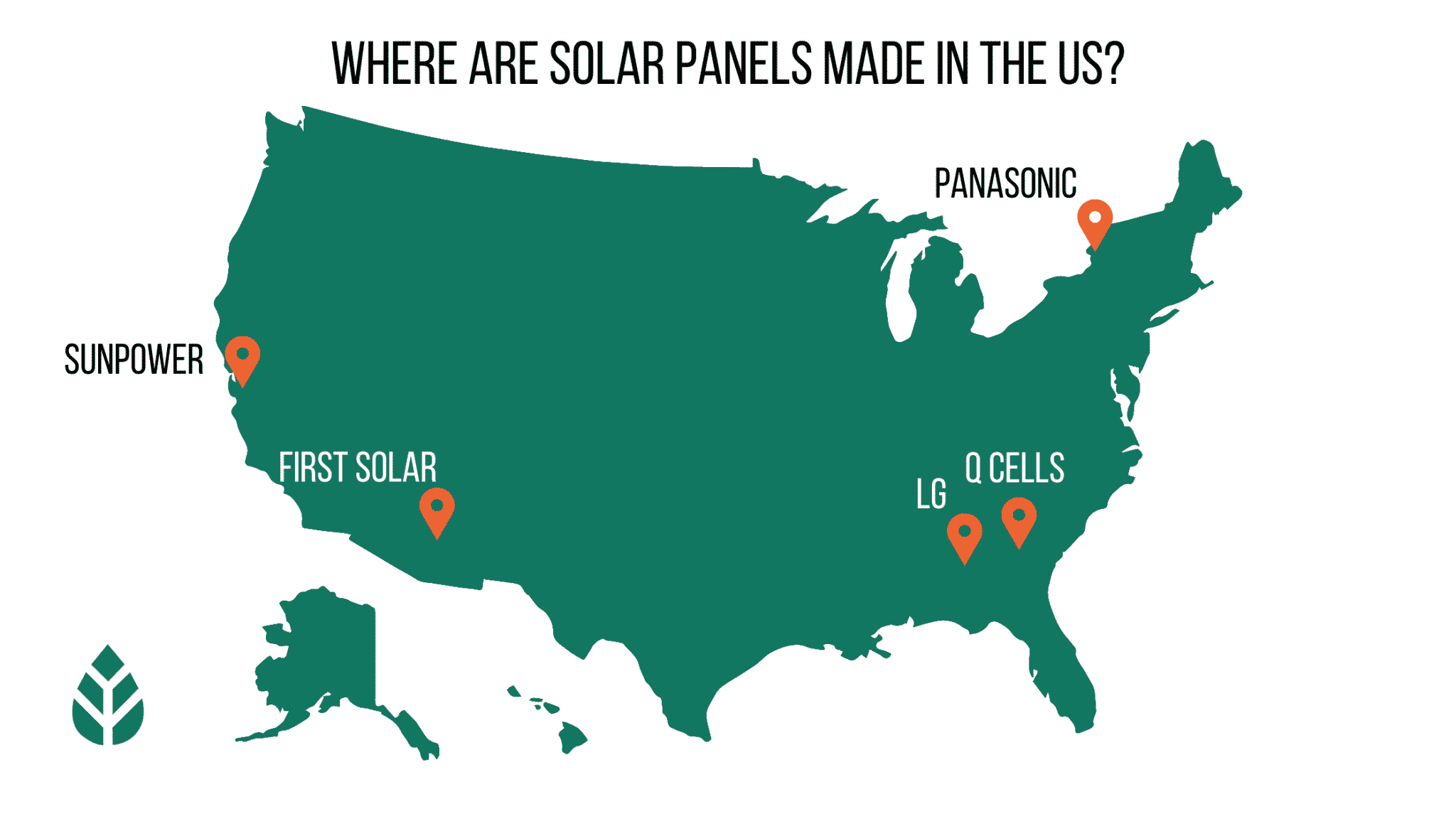 Why Does It Matter Where Solar Panels Are Made?

Manufacturing solar panels requires a complex process of extraction, purification and assembly, and each step carries its own impact. For conscientious consumers looking for answers on where the best solar panels are made, the production location won’t matter as much as how a solar panel is made. Here are a few reasons why:

Regrettably, solar manufacturing has not enjoyed its growth without cases of accompanying human rights issues.

In the past couple of years, genocide through Chinese repression and forced labor of Uyghurs and other Muslim minorities has come to light in Xinjiang, where a significant portion of the world’s polysilicon comes from (the primary material in silicon used for solar cells). The U.S. announced plans to crack down on this forced labor in the global solar supply chain. Energy companies associated with these violations included Hoshine Silicon Industry, Xinjiang Daqo New Energy Company, Xinjiang East Hope Nonferrous Metals Company, Xinjiang GCL New Energy Material Technology Company and Xinjiang Production and Construction Corps.

The solar industry has responded to help support and ensure an ethical solar supply chain.

Environmental challenges surrounding the large-scale deployment of solar energy stem from mining, emissions from purification and disposal of solar panels at the end of their lifetimes.

Some solar companies certainly live the mission of clean and ethical energy better than others. Companies like SunPower, REC and First Solar lead initiatives to recycle solar panels and develop solar cells designed to be reused through a circular economy.

More than anything, we like to see solar companies that are transparent with their environmental management.

The economic potential of solar power in the U.S. requires further (public and private) investment in the growing technology. According to the Department of Energy, “solar panels on just 22,000 square miles of the nation’s total land area – about the size of Lake Michigan – could supply enough electricity to power the entire United States.”

The global race to lead the clean energy economy is underway, and capitalizing on the potential of solar with land that collects as much sunshine as the U.S. offers more than just environmental benefits. With the cost of solar as low as it is in 2022 and a potential market as staggering in size as the U.S., solar energy production and manufacturing offer a tremendous economic opportunity with proper investment.

If not apparent at this point, manufacturing solar panels takes a complex, globally influenced balance of supply and demand. The best way to quell any concerns about the ethics behind your potential solar panel system is to research the transparency of the solar company’s operations. Most of the top solar companies will issue reports on sustainability; environmental, social and corporate governance (ESGs); or corporate responsibility to offer customers a glimpse of the systems in place for sustainable environmental and social development.

We’ve collected the most recently available reports from the top global solar panel manufacturers. We’d recommend starting with SunPower if you’d like a good example of both transparency and sustainability.

*Most recent report as of the date of article publication.