What’s in a Toxic Tampon? 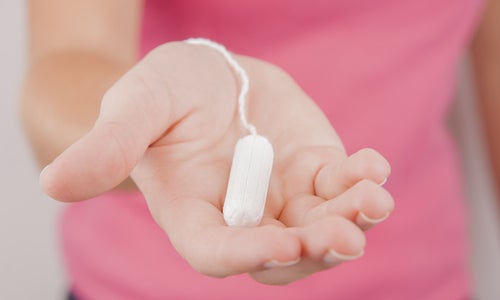 A groundbreaking report produced last year by Women’s Voices for the Earth (WVE) detailed how the feminine care industry sells products containing unregulated and potentially harmful chemicals, such as pesticides, preservatives, fragrances and dyes. The report also kicked off a campaign targeting Proctor & Gamble, makers of Tampax and Always, to disclose the ingredients in their tampons and pads. 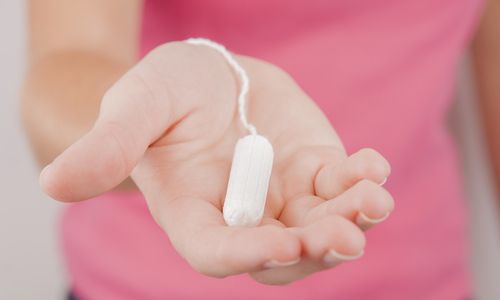 What’s in your tampon? Photo courtesy of Shutterstock

While tampon manufacturers might list the main components in their products—such as “rayon and/or cotton fiber, polyethylene overwrap, cotton cord, cardboard applicator”—the patent documents reveal a number of additional chemicals that could be added to tampons.

Why are these chemicals of such concern? Tampons, which are used by up to 85 percent of menstruating women, “are not just your average cosmetics because they are used on an exceptionally sensitive and absorbent part of a woman’s body,” said Alexandra Scranton, WVE’s director of science and research. “Despite the widespread use of tampons by numerous women, relatively little research has been conducted to assess the health impacts of chemical exposure from these products.”

Used internally, tampons come in contact with highly absorbent tissue, which serves as a direct route for chemicals to enter the bloodstream. Analysis by WVE found these contaminants could include dioxins, furans and pesticide residue, as well as the following chemicals:

Scented tampons might contain any of nearly 3,000 different chemicals. Examples of potentially harmful chemicals found in fragrance include:

To find products made without the use of toxic chemicals, visit WVE’s “No Secrets” feminine care coalition of companies. These companies have “detoxed the box,” thereby committing to make products without toxic chemicals and to list all ingredients used.