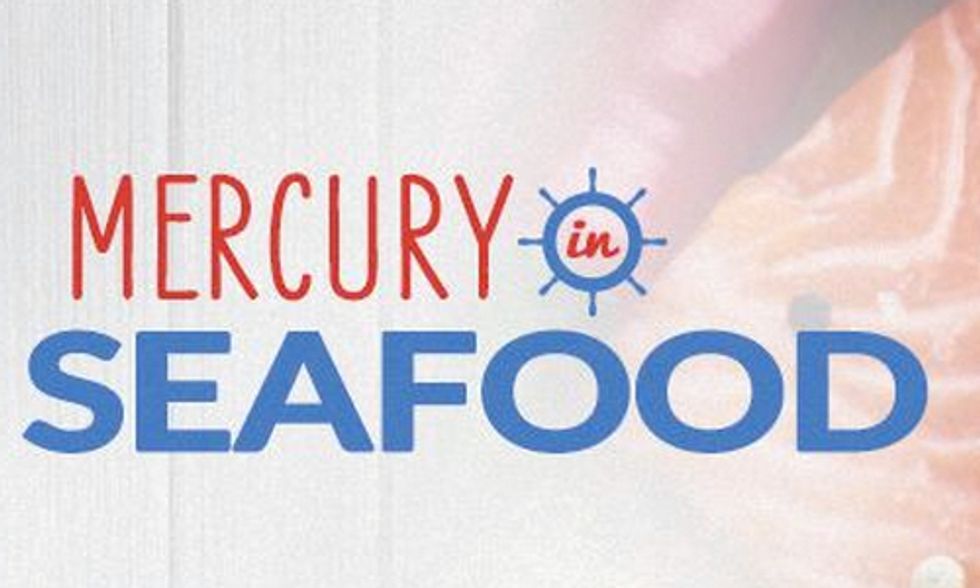 People who follow the Obama administration’s guidelines on eating seafood could consume dangerous amounts of mercury, a potent neurotoxin, or too few essential omega-3 fatty acids, according to a new Environmental Working Group (EWG) analysis of fish contaminant and nutrient data.

“The federal government’s advice on seafood consumption fails to give people what they desperately need—precise, detailed information about foods that provide sufficient omega-3 fatty acids with minimal mercury contamination,” said Sonya Lunder, a senior EWG analyst and lead author of the report.

EWG’s analysis of mercury and omega-3 concentrations in seafood finds that eating fish indiscriminately can be dangerous: 10 of 35 seafood varieties popular in the American market would pose an unacceptable mercury risk to an average-weight pregnant woman who ate eight ounces weekly, as the federal government recommends. Since safe mercury levels are based on body weight, lighter women are at greater risk from mercury in seafood.

EWG concluded that many consumers who follow government advice to increase their fish consumption will not benefit as much as they hope, because 8 of the 10 most popular types of seafood, including shrimp and catfish, rank low for healthy omega-3 fats, which have been shown to lower cardiac risks, and boost infant brain development.

EWG investigated mercury contamination and beneficial omega-3 levels in seafood in order to identify species that offer the greatest health benefit and lowest mercury risk. Some of the best seafood choices are salmon, sardines, farmed trout, anchovies, shad, herring and mussels. All of these can provide ample omega-3s while posing little mercury risk when eaten once or twice weekly.

EWG has long disputed the 2004 federal advisory published by the federal Food and Drug Administration (FDA) and the Environmental Protection Agency (EPA), which warned that women of childbearing age and young children should eat only six ounces a week of albacore tuna and should avoid four other high-mercury species—swordfish, tilefish, king mackerel and shark.

EWG contends that six ounces of albacore tuna is too much for a pregnant woman. It goes significantly further than the government in its advice to pregnant women, warning them to limit moderate mercury species, including Spanish and Atlantic mackerel, orange roughy, seabass, halibut and tuna steaks. Children, EWG says, should limit canned light tuna, lobster, carp, flatfish, freshwater bass, freshwater perch, haddock, hake and snapper.

EWG’s report focuses on the Obama administration’s January 2011 federal Dietary Guidelines for Americans, a massive Congressionally-mandated white paper that set the scientific and policy basis for all government nutrition programs. The 2011 version of the Dietary Guidelines contend that the benefits of eating fish outweigh the risks of mercury toxicity, even during pregnancy. But EWG points out that several recent studies of American families found that children born to women with slightly elevated mercury levels suffered measurable brain and nervous system deficits, or were more likely than average to be diagnosed with attention deficit-hyperactivity disorder.

EWG scientists conclude that the Dietary Guidelines could put even more pressure on dwindling fisheries. If all Americans followed the administration’s lead, EWG says, seafood consumption could double or triple.

Federal agencies must provide high-risk groups with the information they need to increase seafood consumption while keeping mercury intake as low as possible. This month members of the Dietary Guideline Advisory Committee met to solicit public comment on the 2015 edition of the Dietary Guidelines report. Meanwhile, on a separate policy track, officials at the EPA and FDA are negotiating updated language for their 2004 seafood/mercury advisory, aiming to release a new version sometime this year. EWG is asking both agencies to offer more specific advice about which species offer high omega-3 benefits and less mercury contamination.