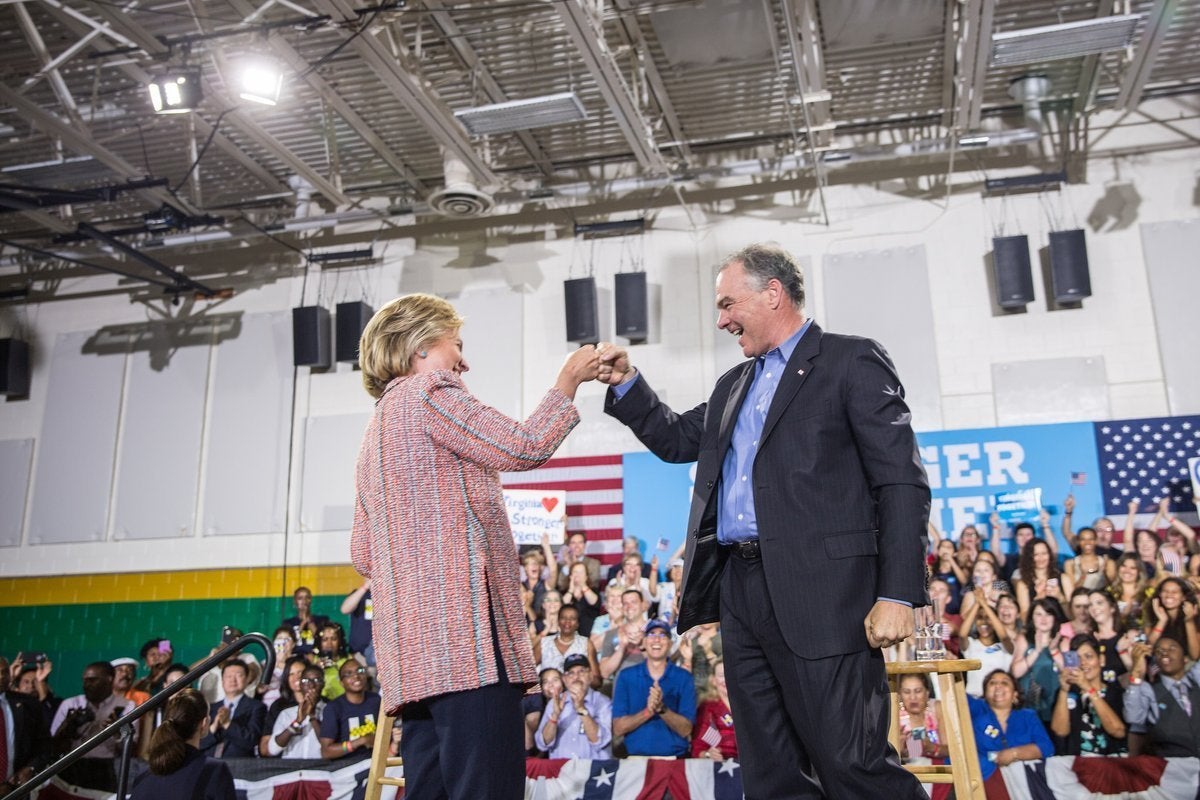 Though the news was not a surprise, as Kaine has long been known as a likely choice, Clinton’s pick stirred immediate reaction among the environmental movement. The Virginia senator supports fracking and offshore oil drilling, but was an early opponent of the Keystone XL pipeline.

I'm thrilled to announce my running mate, @TimKaine, a man who's devoted his life to fighting for others. -H pic.twitter.com/lTVyfztE5Z

“Tim Kaine won’t energize the climate base, so it’s up to Hillary to start staking out some clearer positions,” Boeve said. “Kaine was with us on Keystone XL, but against us on offshore drilling and fracking. This November, climate activists, young people, and progressives will turn up at the polls for candidates who say the magic words, ‘keep it in the ground.’ If Democrats want to drive turnout, it’s time to come out more clearly against drilling, fracking and new fossil fuel infrastructure.”

On Sunday at 1 p.m., one day before the Democratic National Convention begins in Philadelphia, thousands of people will take part in the March for a Clean Energy Revolution calling for a ban on fracking. The march is organized by Americans Against Fracking and Pennsylvanians Against Fracking and backed by more than 900 organizations across all 50 states.

“It’s clear from the polling that Secretary Clinton needs the progressive wing to vote in force if she’s going to win in November, so Tim Kaine must show himself from the start that he’ll use his office to be a climate champion,” Leonard continued.

“He showed he could do this when he became an early opponent of the Keystone Pipeline, but Kaine’s opposition to regulating fracking under the Safe Drinking Water Act, and his support for natural gas exports and pipelines, prove he still has a long way to go. Clinton’s positions on fracking may have progressed during her candidacy, but the climate movement will continue to push her and her running mate until they pledge to keep all fossil fuels in the ground.” 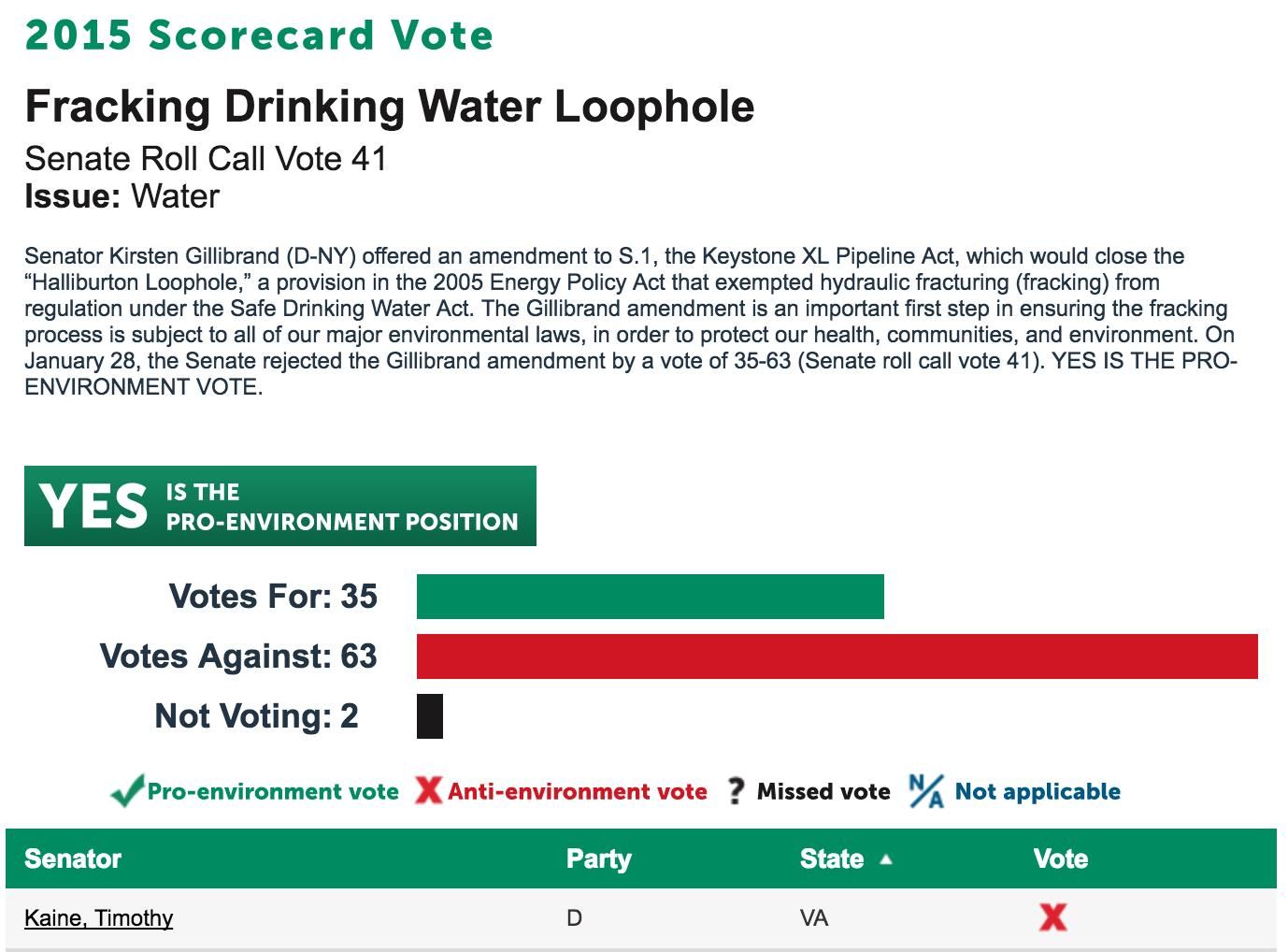 Sierra Club’s Executive Director Michael Brune feels “Secretary Clinton’s selection of Senator Tim Kaine as her running mate completes the strongest environmental ticket we’ve ever seen.” When comparing Clinton’s campaign to Donald Trumps, Brune said, “The Democratic ticket is in sharp contrast to the Republican’s, which features not one but two climate deniers, a first in American history. The Trump-Pence regime would be the only world leaders to hold that position. Simply put, a Trump-Pence Presidency wouldn’t be the only ‘TPP’ that would destroy our climate.”