What You Need to Know About Pink Himalayan Salt 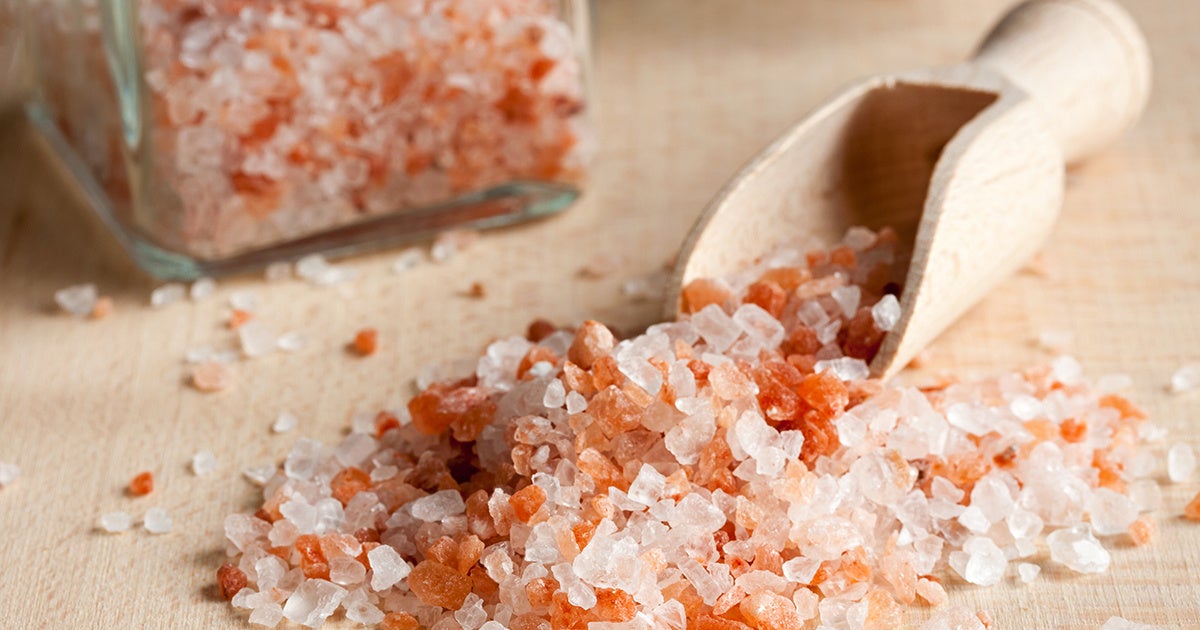 What Exactly is Salt?

Salt is a mineral which largely consists of a compound called sodium chloride. Some people even use the words ‘sodium’ and ‘salt’ interchangeably—this is because salt contains around 98% of sodium chloride in weight. (Read more about the side effects, interactions and dosage instructions of sodium chloride).

There are two ways in which salt can be produced: by extracting it from underground salt mines (solid salt) or by evaporating salt water. Before it ends up on your dinner table, it also goes through a refining process in order to remove any other minerals (except for sodium chloride) and in order to remove any impurities. Sometimes anticaking agents are added in order to absorb moisture and often iodine is also included as this helps consumers to prevent ending up with an iodine deficiency.

It is absolutely essential to include salt in your diet as it plays an important role in muscle and nerve contractions as well as a variety of biological functions. On the other hand – too much salt can also lead to heart disease and high blood pressure. Many people have turned to pink Himalayan salt as they believe that it is a healthier alternative and because they believe that too much table salt can potentially be harmful to their health.

What is Himalayan Salt?

Himalayan salt gets extracted from the Khewra Salt Mine in Pakistan, near the Himalayas. It is one of the largest and oldest salt mines to be found in the world. The salt that can be harvested from this mine has apparently been formed from the evaporation of large bodies of water in ancient times. It is believed that Himalayan salt is composed of remnants of the primal, original sea, as it comes from salt mines located more than 5000 feet deep below the Himalayan Mountain range. It has, therefore, experienced tremendous pressure over hundreds and thousands of years and is said to be extremely pure.

It is much more natural than table salt, as it has been minimally processed and hand-extracted, which makes it free of additives and also an unrefined product. It is also mostly comprised of sodium chloride, but because of the natural harvesting process, it also contains many other trace elements and minerals that are not included in regular table salt. It is estimated that it contains up to 84 different trace elements and minerals. It is these minerals and especially iron which gives it its pink color.

How Can Pink Himalayan Salt Be Used?

There are many non-dietary and dietary uses for pink Himalayan salt:

As mentioned above, both pink salt and regular table salt contain mostly sodium chloride, but pink salt has up to 84 other trace elements and minerals. These include minerals such as calcium, potassium, molybdenum, and strontium.

The following health claims are commonly made about pink salt:

Even though there are some studies that support the various benefits experienced when exposed to salt caves, such as the treatment of various lung diseases, there is little to support the health claims made above.

Researchers have found, for example, that very low-salt diets may contribute to sleeping issues, suggesting that an adequate amount of sodium is essential for quality sleep. The additional minerals that can be found in Himalayan salt are present in very small quantities, which means that it won’t effectively balance your body’s pH. Also, libido, aging and blood sugar levels are mostly controlled by other factors and there are no studies that suggest that pink salt will influence these aspects of your health. (Learn more about what foods will assist in controlling your blood sugar levels).

There are no studies at this stage that show that pink Himalayan salt has more health benefits than regular table salt. However, Himalayan salt would be more beneficial to your overall health and wellbeing as it does not contain any additives or harmful artificial ingredients, making it an excellent natural alternative. Also, remember that table salt is one of the main sources of iodine. If you are using Himalayan salt, make sure to get iodine from other food sources such as fish, dairy products and seaweed.