What Would You Do With $8 Billion? 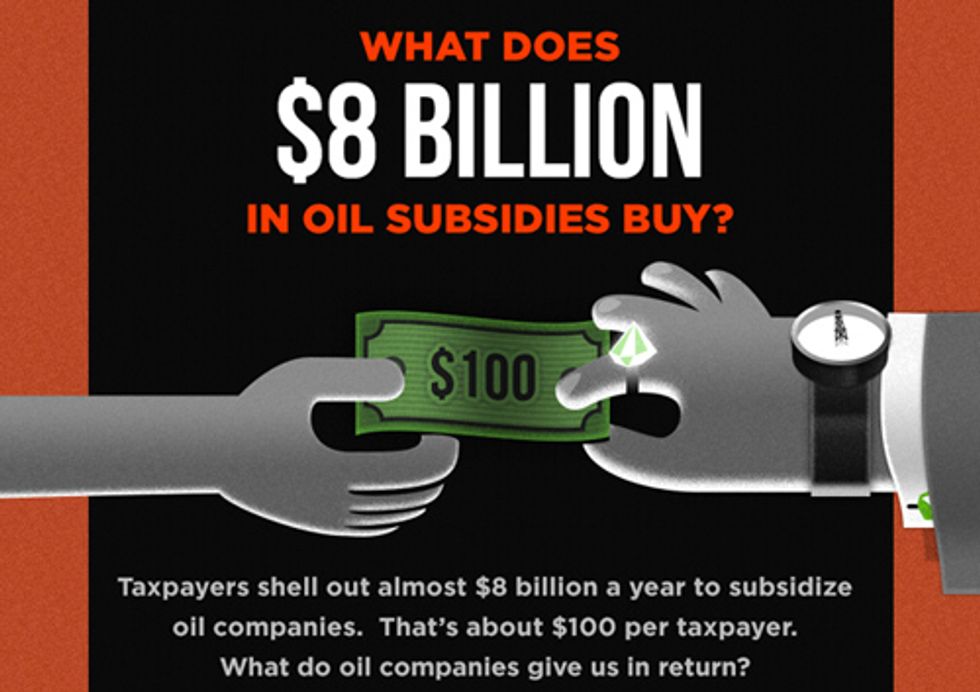 The fiscal cliff is fast approaching and there’s a relatively simple way for Congress to raise some needed revenues, help the environment and satisfy taxpayers:  Ending oil subsidies will help pay down the deficit by making oil companies pay their fair share.

The President has already identified $4 billion in oil subsidies that should be eliminated, but there’s at least an additional $4 billion worth that Congress should also get rid of. This is hardly the time to be throwing taxpayer money at wealthy companies that undermine the environment.

Email your members of Congress today and tell them to end subsidies for the fossil fuel industry, and protect and strengthen environmental policy.